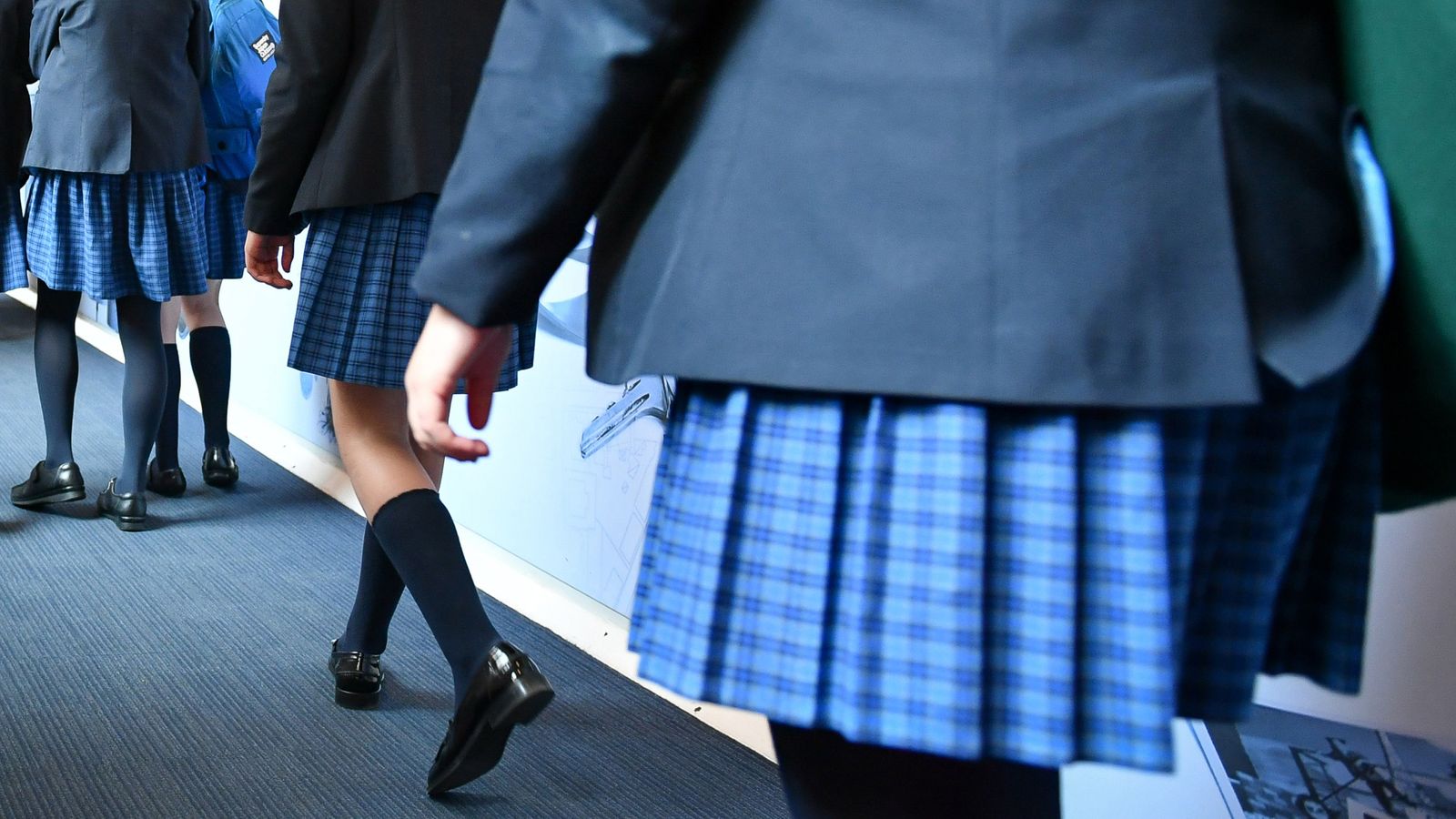 The education secretary has insisted children must return to a “normal pre-pandemic” experience in schools, despite the risk of an increase in COVID cases.

Gavin Williamson said testing would be key to guarding against rising infection rates, but refused to outline what the government’s “contingency plan” for other potential measures might involve.

Experts are predicting a surge in COVID-19 cases linked to classrooms reopening in England and Wales.

And the minister refused to rule out a potential rise, despite being asked repeatedly on Sky News.

He told Niall Paterson: “This is why we’re doing the testing programme and we’re encouraging children to take part in it, parents, and of course teachers and support staff as well.

“This is a way of rooting out COVID.

“We’re trying to strike that constant, sensible balance of actually giving children as normal experience in the classroom as possible, but also recognising we’re still dealing with a global pandemic.”

He added that there was capacity to both give vaccinations to 12 to 15-year-olds and deliver a booster programme.

“We’ve got the capacity to be able to deliver vaccinations for children as well as deliver a booster programme – so it’s not either/or,” he said.

“It’s a situation about making sure we combat this virus as best as possible and we’re ready.

“If we get the get-go from JCVI (Joint Committee on Vaccination and Immunisation) we’re ready – the NHS, which has been so successful in rolling out this programme of vaccination, is ready to go into schools and deliver that vaccination programme for children.”

Mr Williamson said other measures could be introduced if necessary.

“Of course, we do have a contingency framework if there’s areas of particular need that we do have to take further action,” he said.

While declining to explain what this might include, he said the government was “absolutely clear it wanted to avoid” a return to bubbles in schools and whole classes and year groups being sent home due to outbreaks of infection.

Headteachers’ unions have voiced concerns as many safety measures to combat the spread of the virus in schools have been eased since the end of the last term.

It has prompted the government to face claims it is implementing a “hit and hope” strategy over the return of pupils.

By-election defeats and Tory turmoil – none of it seems to bother a prime minister on the ropes
Give public sector workers a pay rise or cut everyone’s taxes by 2%? Chancellor left with tough set of choices
How much money do gas tax holidays actually save drivers? What we know, based on 3 states that put temporary suspensions in place
Serena Williams’ wild year since Wimbledon 2021
Norway mass shooting suspect ‘radicalised Islamist’ – as terror threat raised to highest level