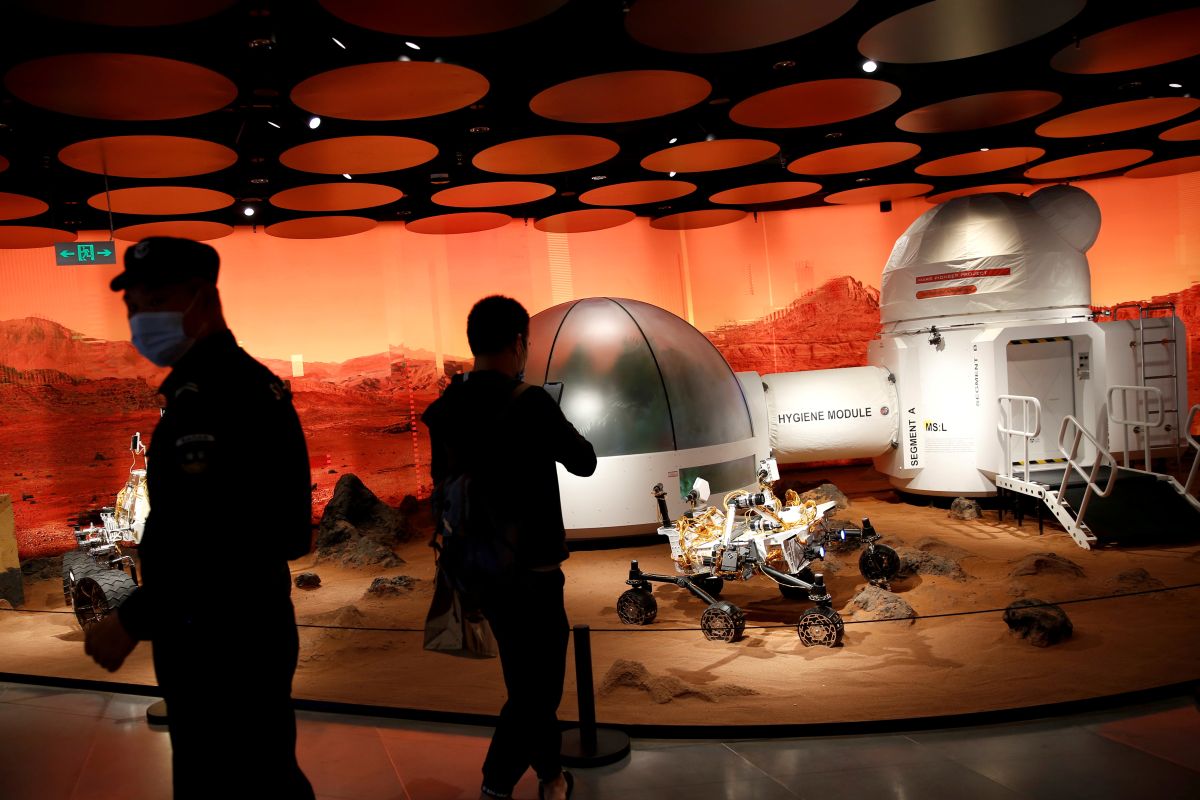 China has developed a prototype miniature helicopter for surveillance work on future Mars missions, according to its space science agency, following the historic landing of a robotic rover on the Red Planet a few months ago.

The prototype is similar in appearance to the robotic helicopter Ingenuity, developed by NASA for its Perseverance mission this year, according to a photograph posted on the website of China’s National Space Science Center on Wednesday.

The agency said the helicopter could be a tool for China’s follow-up exploration on Mars, but it did not give details.

China landed a Mars rover in May in its first-ever mission to the planet, becoming the second country after the United States to do so. NASA’s most advanced rover, Perseverance, landed on the planet in February.

From the NASA rover, Ingenuity made its inaugural flight in April, rising about 3 metres (10 feet) above the surface, in humankind’s first successful deployment of a powered aircraft in a world other than Earth.

The challenge for the 1.8kg (4 pound) Ingenuity is the planet’s thin atmosphere, which is just 1 percent as dense as Earth’s.

To compensate for the lack of aerodynamic lift, NASA engineers equipped Ingenuity with rotor blades that are larger – 1.2 metres (4 feet) tip to tip – and spin more rapidly than would be needed on Earth for an aircraft of its size.

Like Ingenuity, the Chinese prototype sports two rotor blades, a sensor-and-camera base and four thin legs. But there is no solar panel at the top like Ingenuity, according to the photograph.

Ingenuity has made more than 10 outings since April, covering an overall distance of more than 2km (1.2 miles) with flight time of about 20 minutes in all.

China is planning its first crewed mission to Mars in 2033.

Toyota secures funding to develop hydrogen fuel cell version of its Hilux pickup in the UK
Braverman pledges to do ‘whatever it takes’ to tackle migrant crossings
Breaking down the trilogies: Who has the edge in Fury-Chisora and Chocolatito-Estrada?
Why are people protesting in China?
Who is Lady Susan Hussey and what is a lady in waiting?