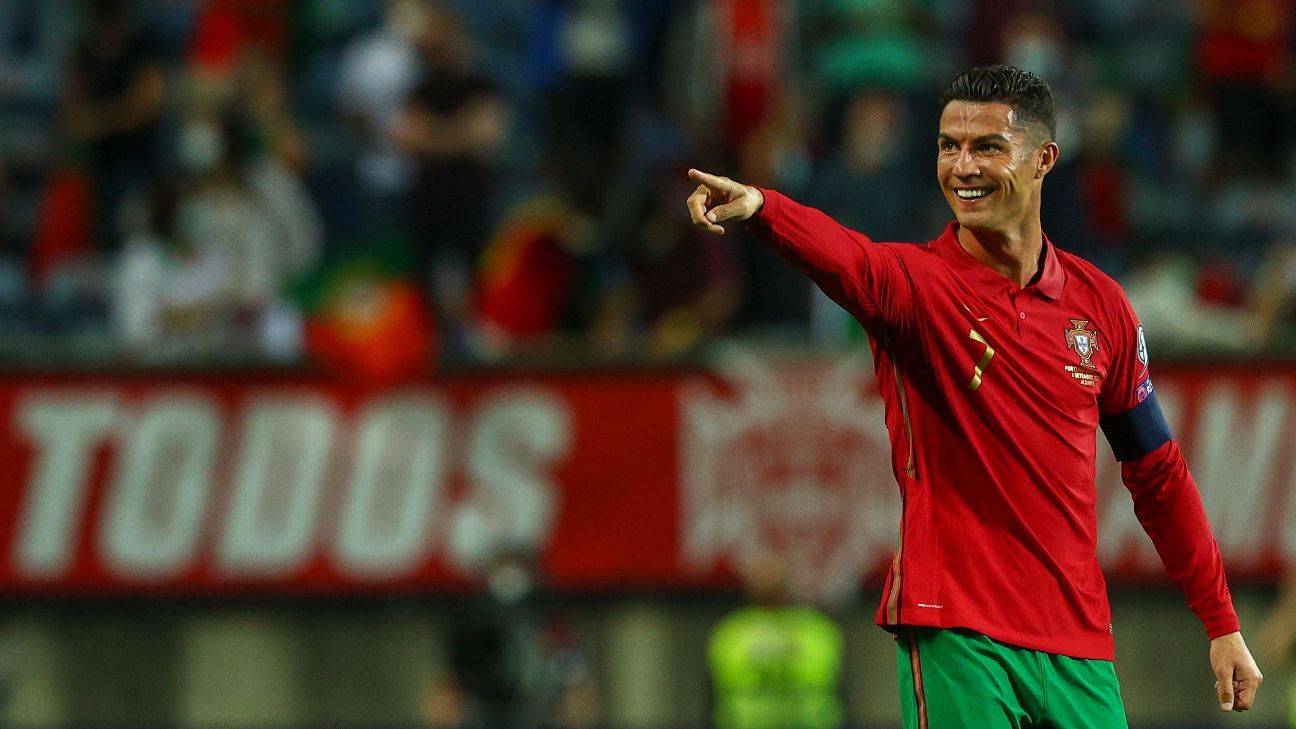 Cristiano Ronaldo is on course to make his second Manchester United debut against Newcastle United on Sept. 11 after being released from the Portugal squad six days earlier than originally scheduled following his world record goals against Republic of Ireland on Wednesday.

Ronaldo, who completed a €15 million transfer from Juventus to United on Monday, moved clear of former Iran striker Ali Daei as the all-time leading goalscorer in international football by scoring his 110th and 111th goals for Portugal in the 2-1 World Cup qualifying win against Ireland in Faro.

– How Ronaldo broke goal record, plus every record he has
– Don’t have ESPN? Get instant access

But a yellow card issued by Slovenian referee Matej Jug after Ronaldo removed his shirt while celebrating his second goal resulted in the 36-year-old being suspended for Tuesday’s qualifier against Azerbaijan in Baku.

Ronaldo had been due to play that game and Saturday’s friendly against Qatar in Hungary, but with the goal record now secure, Portugal coach Fernando Santos has released the player from his squad for the Qatar encounter to enable him to fly to Manchester and extend his preparation time ahead of the Newcastle clash at Old Trafford.

The decision saves Ronaldo two trips to Eastern Europe and will be regarded as a major boost for United and manager Ole Gunnar Solskjaer.

Ronaldo has not played for United since the 2009 Champions League final defeat against Barcelona in Rome, with the forward completing a then-world record £80m move to Real Madrid shortly afterwards.

But after making his first debut for United against Bolton in August 2003, he will now have at least a week in training with Solskjaer’s squad before being available to make his second debut against Newcastle.