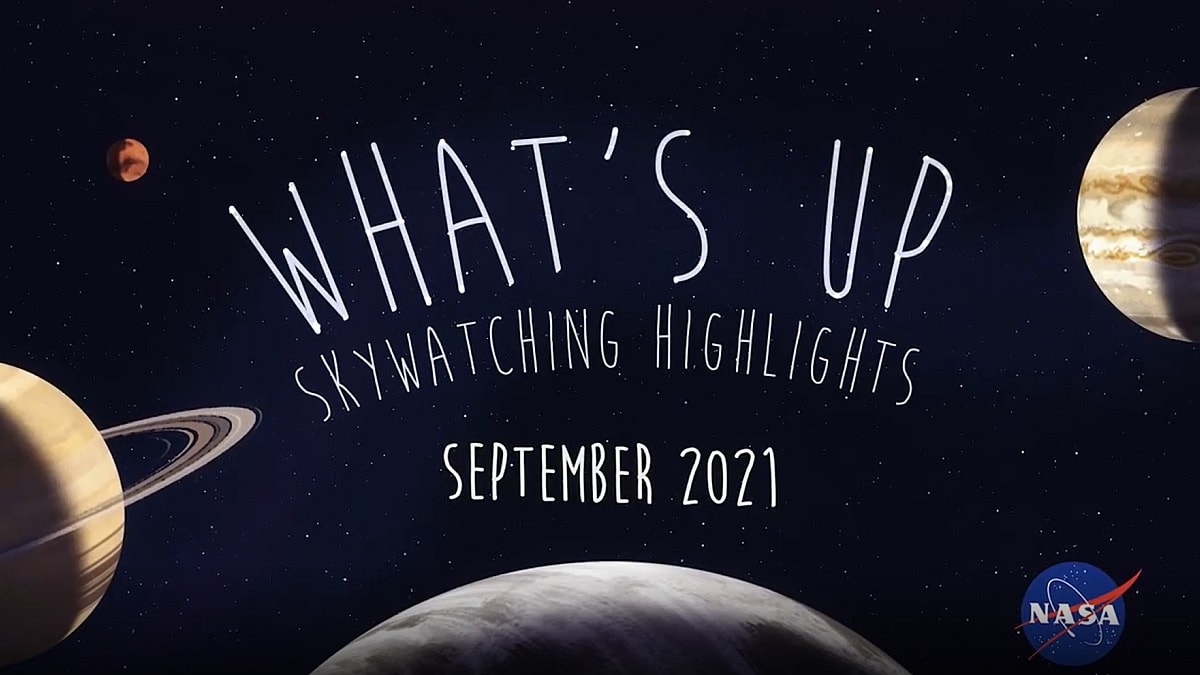 This month appears to be rewarding for skywatchers with a full range of binocular and telescopic sights in the offing. All through September, interesting cosmic events will take place and can be seen over the horizon, according to NASA. The space agency said in its monthly update astronomers and space enthusiasts will have to gear up early as Mercury, the smallest planet in the Solar System will appear low in the west briefly, about half an hour after the sunset. Because Mercury is so small, only slightly larger than Earth’s Moon and so close to the Sun, it is very difficult to see it with the naked eye.

There’s more. A clear view of the horizon will offer some spectacular planetary groupings in the first half of this month. Mercury will be longer above the horizon, before it sets, if you are viewing it from farther south. Once you have found Mercury, turn a little south for the much brighter Venus, which is also Earth’s closest planetary neighbour. On the 9th and 10th, this pairing will be joined by the crescent Moon.

Between the two planets will be the bright star Spica. Two other bright stars that can be easily spotted early in the evening throughout September are the Arcturus, the brightest orange-coloured star in the northern sky, and Altair, the bright white-coloured star hanging right above Saturn all month. Altair rotates very fast, which has flattened it into an oval shape.

To easily find Arcturus in the night sky, first look for the Big Dipper aka “the Plough”, which is called the Saptarishi constellation in ancient Indian astronomy. Follow its arc, the handle, towards the south and the bright star there will be Arcturus.

“At only 37 light-years from our Solar System, Arcturus is the brightest star in the northern sky,” said NASA.

Compared to other stars, Arcturus moves very fast with respect to our Solar System. Before this interesting aspect about the motion of the star was discovered, it was thought that the positions of stars were fixed. Edmund Halley first figured out that the stars move around as independent objects.

On September 16, the Moon, Saturn, and Jupiter will be in a close approach. The September Equinox will happen on the 22nd of this month when the Sun will be exactly above Earth’s equator, so night and day will be of the same duration.