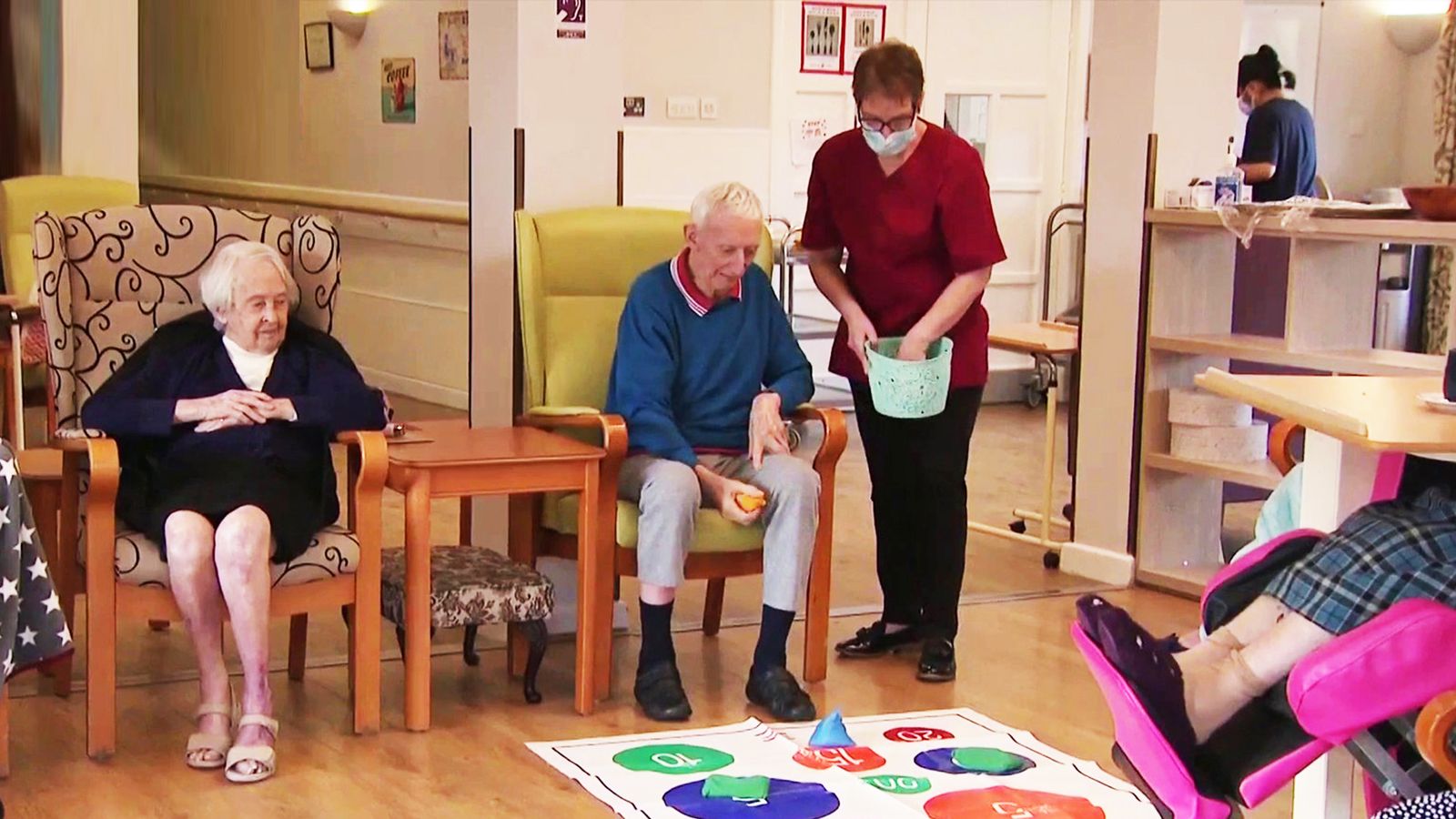 The government must immediately remove the mandatory requirement for care home staff to be vaccinated amid a workforce crisis in the sector, the UK’s largest social care union says.

UNISON is calling on ministers to stop “sleepwalking into a disaster” and end the ‘no jab, no job’ rule for those in the care industry.

Repealing jab compulsion for care home workers is the only way to avert a staffing crisis that threatens to overwhelm the sector, the union says.

From 11 November, it will become mandatory for all staff working in care homes to be fully vaccinated against COVID-19, unless they are exempt, in order to protect the residents and patients most at risk from the virus.

The government’s own predictions are that up to 40,000 of the more than half a million care workers in the country won’t be fully vaccinated by that date.

And UNISON says the government has no realistic plan to deal with staff shortages that the “draconian policy” could cause if workers do not take up the offer of the jab.

It adds that a number of workers who are hesitant about the jab or feel they are “being bullied” into being vaccinated are already leaving the care sector, and point to the Department of Health and Social Care’s (DHSC) own risk assessment estimation that mandatory vaccination could result in up to 70,000 care workers leaving their roles in industry.

But Downing Street says its view is that it is “vital that our most vulnerable receive protection” and therefore it is “right to introduce this requirement”.

The PM’s official spokesperson told reporters on Monday that there are “no plans” to change the September deadline for mandatory vaccinations for care staff, but that the DHSC “has mitigation plans”.

The government has repeatedly said it is introducing the regulation following an extensive public consultation.

The sector already has huge vacancy levels of over 110,000, UNISON says, noting that many care staff have expressed how “heartbroken” they are to have to leave professions they love due to feeling “totally undervalued”.

The union says mandatory vaccination has distracted time and resources from the core job of care and call for a cash injection into the sector to ensure care home staff are paid at least the real living wage of £9.50 an hour (£10.85 in London).

UNISON general secretary Christina McAnea said ministers should not be “coercing and bullying” people into taking up the offer of the jab.

“Vaccination remains the way out of the pandemic. But coercing and bullying people can never be the right approach,” she said.

“Ministers have been told repeatedly that using force instead of persuasion will fail. But they’ve not listened and now their ill-considered policy is backfiring.

“The government is sleepwalking into this disaster by not acting. Care is already a broken and underfunded sector that cannot afford to lose any more staff.

“The government must scrap the ‘no jab, no job’ rule now. Widespread care home closures could be the consequence if they ignore the warnings.

“This would be disastrous for elderly people and those who cannot live without care support.”

HSBC to close over a quarter of its branches – is yours affected?
Details of divorce settlement between Kim Kardashian and Ye emerge
‘It was shocking to see the material was that bad’: Friend of girl who died from self-harm hits out at social media
Why Silicon Valley is so hot on nuclear energy and what it means for the industry
Hear what Herschel Walker said about his residency