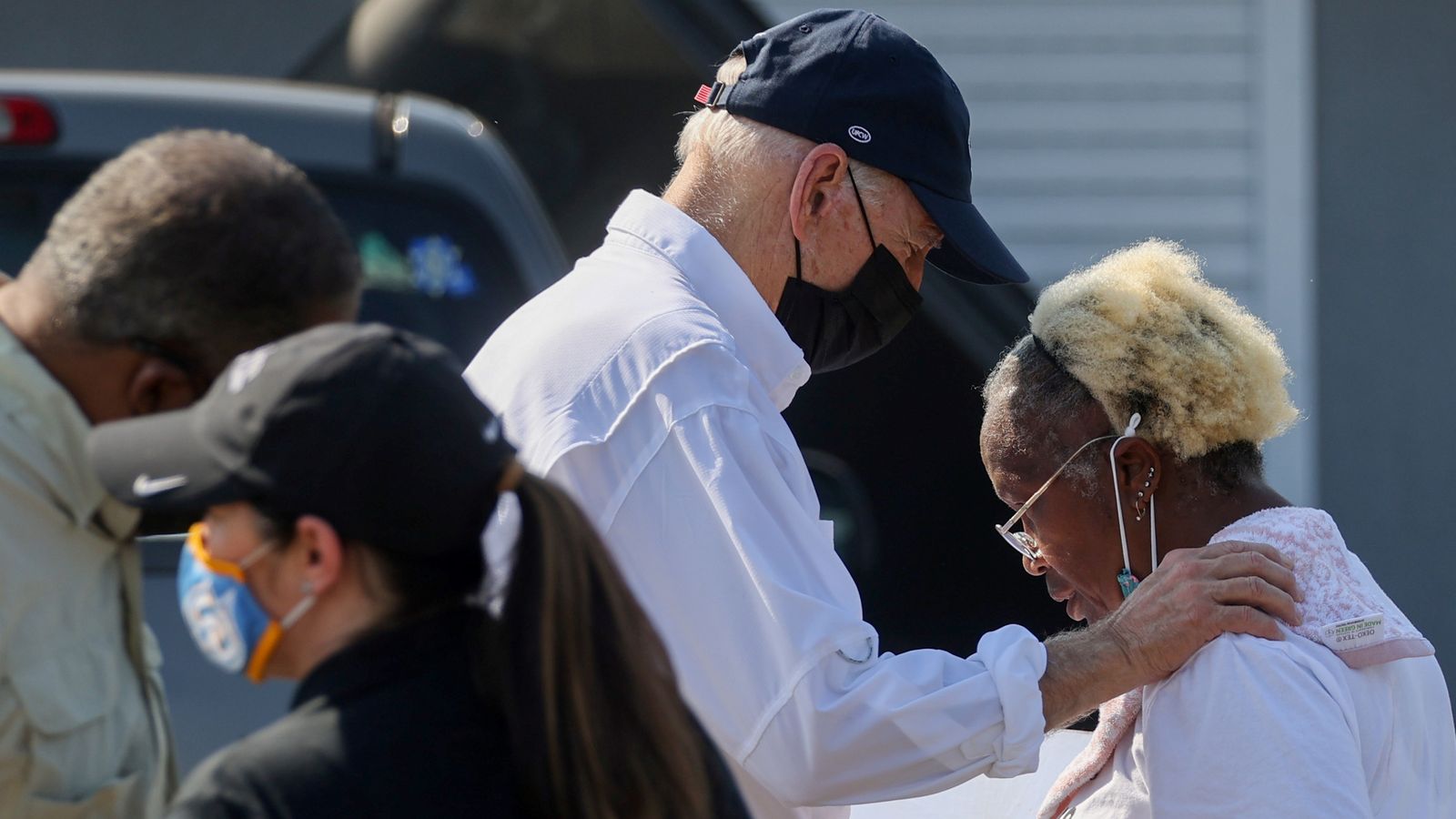 President Joe Biden has pledged to support communities ravaged by Hurricane Ida and and urged national unity for the long recovery to come, saying “I promise to have your backs until this gets done”.

Mr Biden was speaking during a tour of Louisiana after almost a week of the storm battering the country’s northeastern states, killing at least 64 people.

The president pledged robust federal support to get people back on their feet and said the government already had distributed $100m directly to individuals in the state to give them a first slice of help.

He linked the increasing power of storms to human-caused climate change and advocated for his infrastructure legislation during his trip, citing the need to invest in burying power lines underground.

“Super storms are going to come and they’re going to come more ferociously,” Mr Biden said. “This isn’t about being a
Democrat or a Republican. We’re Americans and we’ll get through this together.”

The total deaths include at least four people who died from carbon monoxide poisoning in Louisiana, two dead in Mississippi after torrential rain caused a highway to collapse, and a number of people killed after their cars were swept away by floods – one of them a Connecticut state trooper.

According to state figures tracked by NBC News, there have been:

• One death in Maryland

• One death in Connecticut

Slide across the before and after images from New Jersey below:

At least 11 of the deaths in New York were in flooded basement apartments, such as a family of three, including a toddler, who were not able to get out before the water rushed into their home.

Most of those who died in New Jersey drowned after their vehicles became caught in floodwaters, with some getting swept away when they got out of their cars into fast-moving water.

Clean-up efforts are under way as ruined cars, mud, and debris were hauled away from streets, while New York City’s subway services were able to resume most services.

Leaders in some states pledged to examine whether a similar catastrophe could be prevented in the future.

Although New Jersey and New York spent billions of dollars to improve flood defences after Superstorm Sandy affected the region in 2012, most of that funding was only focused on the coastal areas and tidal floodplains. 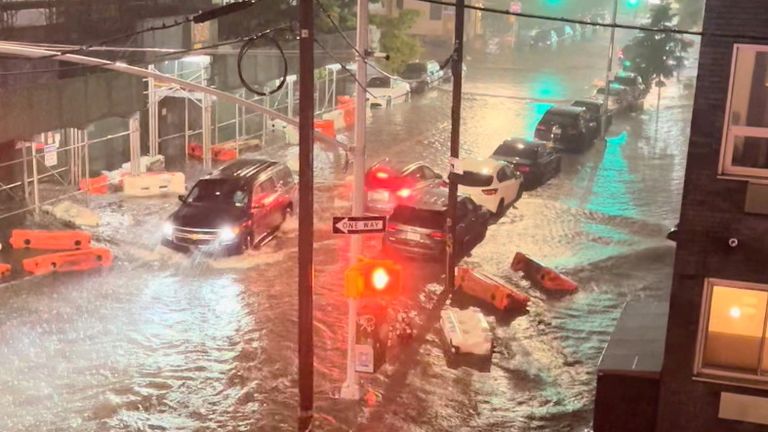 “One thing I want to make clear: we’re not treating this as if it’s not going to happen again for 500 years,” she said.

Tales of heroism and selflessness emerged across the US amid the mounting death toll.

In the northern suburbs of Philadelphia, Pennsylvania, Donald Bauer helped his wife Katherine climb through the busted back windshield of their flooded car late on Wednesday.

“My father started pushing my mom out, and telling her to go and go and go,” said the couple’s son, Darby Bauer.

“All she remembers from being pushed out of the car was him touching her one last time, shouting at her to go.” 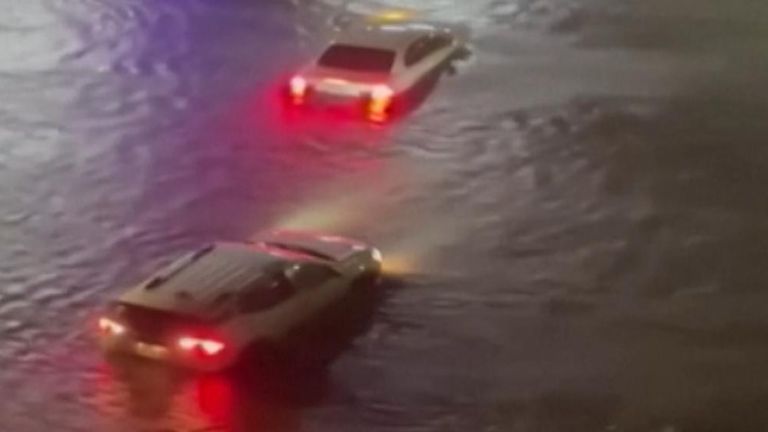 Multiple motorists were left stranded in their vehicles in New York, after getting caught in flash floods caused by Hurricane Ida.

Mrs Bauer held on to a tree as the rising waters carried their Mazda SUV out of sight.

She was rescued about an hour later, but her husband was found dead in their car on Thursday morning.

At an apartment complex in Elizabeth, New Jersey, where four people died, an 87-year-old woman was rescued from her flat as she stood in her sink in waters up to her neck.

A hole was cut through the floor of the flat above hers, and she was pulled through it.

Ida wreaked havoc along the Gulf Coast as it was downgraded to a tropical storm, before causing flooding and at least 10 tornadoes.