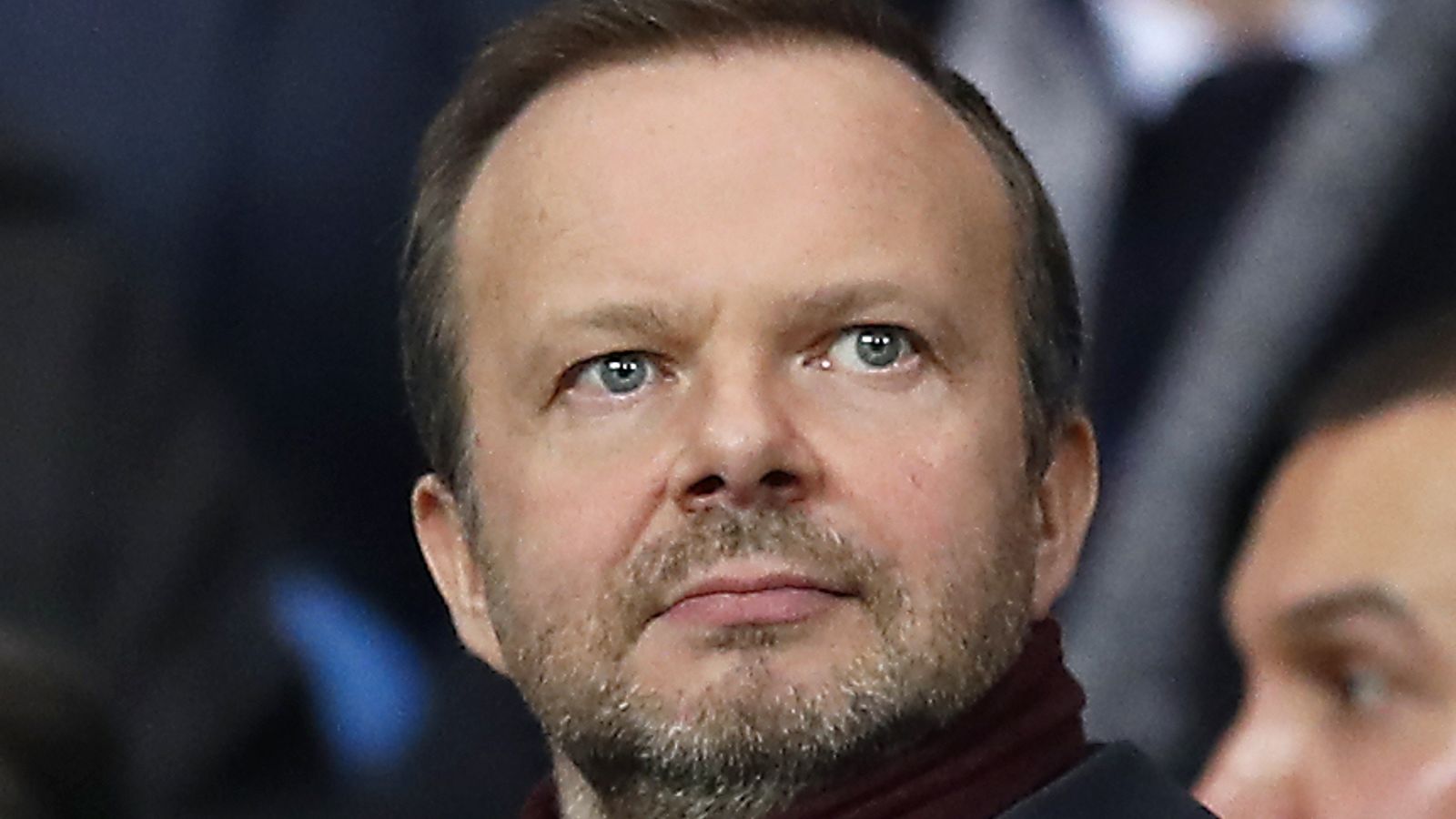 Manchester United Football Club is closing in on the appointment of an internal successor to Ed Woodward, its long-standing boss.

Sky News has learnt that the club’s New York-listed parent company could announce within weeks that Richard Arnold, Manchester United’s group managing director, will take over from Mr Woodward.

One insider said that a statement confirming Mr Arnold’s appointment could be made as soon as next month, although they cautioned that the decision had yet to be formally signed off and remained subject to change.

Another source said an announcement would be made “before the end of the year”.

The changing of the guard at the top of England’s most famous club will come at a time of renewed optimism for many United supporters following the signing of Cristiano Ronaldo from Juventus.

The team sits in third place in the Premier League table after an unbeaten start to the season.

If Mr Arnold is formally appointed by the Glazer family, who have controlled Manchester United for the last 16 years, it would make him one of the most powerful figures in British sport.

Manchester United announced that Mr Woodward would step down at the end of the year in the wake of the European Super League (ESL) crisis which engulfed the Premier League’s top clubs in April.

Mr Arnold is reported to have been vying with at least two other United executives for the top job.

The abrupt withdrawal of six English sides from the ESL was sparked by a wave of fan protests against some of their owners – the most vociferous of which came at Old Trafford, forcing a Premier League match against Liverpool in early May to be postponed.

Many United supporters have been mistrustful of the Glazers since their £790m debt-funded takeover of the club in 2005.

The family floated the company on the New York Stock Exchange in 2012, but retained control through a separate class of shares.

Since the ESL fiasco, the Glazers have pledged to introduce an element of fan ownership at the club through a new share scheme.

“The club has been in discussions with MUST [the Manchester United Supporters Trust] regarding a fan share scheme for a number of months and has already sought external legal advice on options,” Joel Glazer, United’s co-chairman, said in June.

“Discussions will now intensify, with the aim of agreeing a plan before the start of the new season.”

That deadline was not met, although an insider said there were now “advanced discussions” about the introduction of such a scheme.

Mr Glazer had previously issued a contrite apology for United’s decision to join the ESL, which has cost it – and the other founding clubs – millions of pounds in fines from the Premier League and UEFA, European football’s governing body.

“We continue to believe that European football needs to become more sustainable throughout the pyramid for the long-term. However, we fully accept that the Super League was not the right way to go about it,” Mr Glazer said.

“In seeking to create a more stable foundation for the game, we failed to show enough respect for its deep-rooted traditions – promotion, relegation, the pyramid – and for that we are sorry.”

The precise timing of a transition to Mr Arnold was unclear this weekend, although an insider said he was likely to assume the title of chief executive rather than Mr Woodward’s executive vice-chairman role.

Mr Woodward has been with the club since 2005.

A Manchester United spokesman declined to comment on Saturday on what he described as “speculation”.