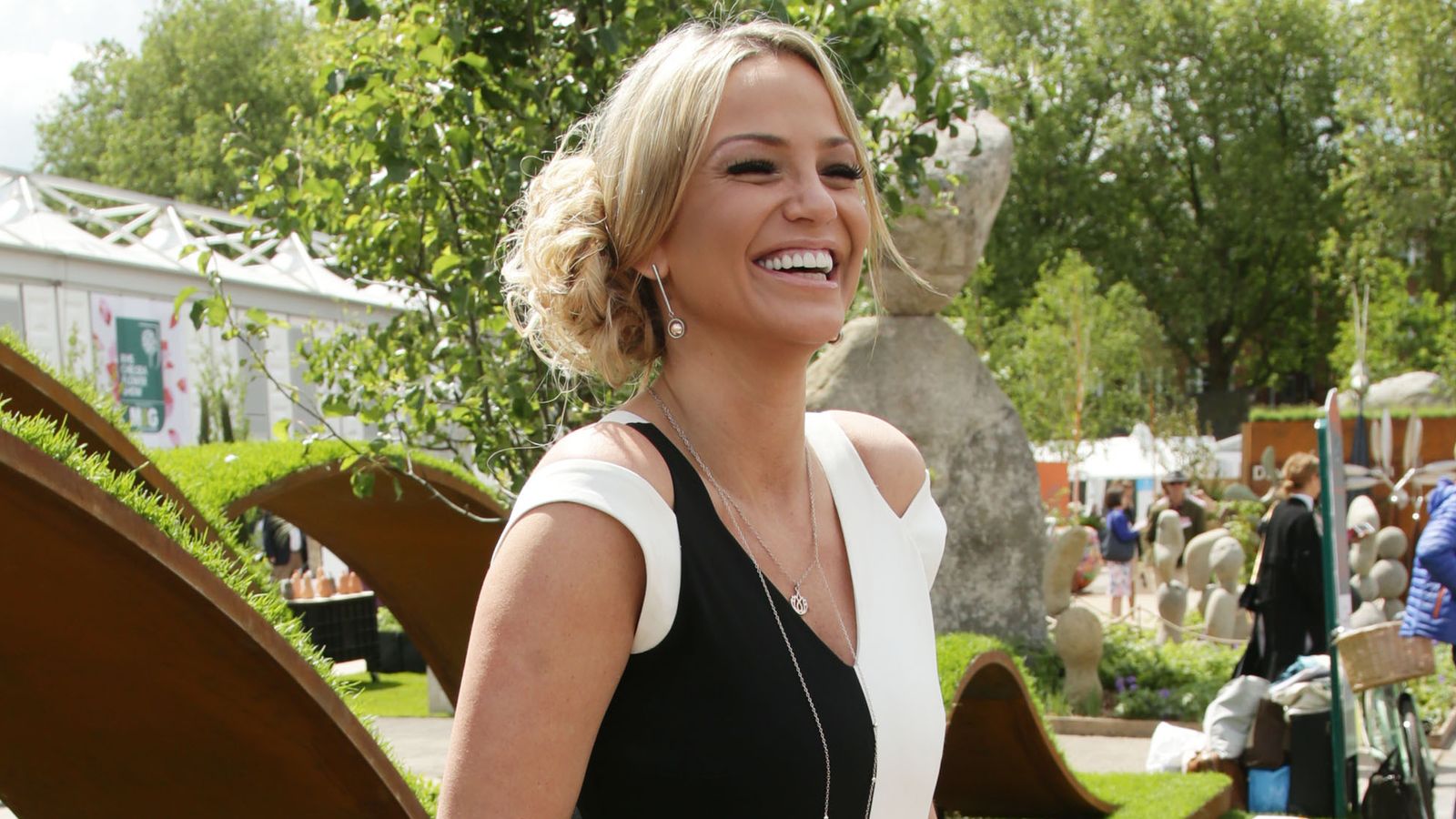 Before she died, Sarah Harding wanted to tell her story. Hers was a “wonderfully full and colourful life”, she said, and she was grateful to have achieved “above and beyond anything I dreamed of when I was a little girl”.

So at the same time as going through treatment for breast cancer, which had quickly spread to her lung and other parts of her body, she wrote her memoir – the story of the “other” Sarah Harding she felt had somehow become lost in celebrity.

After publicly revealing her diagnosis in August 2020, and later bravely opening up about her prognosis and mastectomy, the star’s family, friends and fans knew this day would come, but her death still comes as a huge shock. She was just 39.

As a member of Girls Aloud, one of the most successful pop bands in British music history, Harding certainly did have a full life: chart-topping singles, platinum sales, arena tours, and a Brit Award – something she described as one of the biggest moments of her life in her memoir, Hear Me Out, published in March.

“As usual, I was the first to grab the award,” she wrote. “Holding it aloft and screaming: ‘It’s about time!'”

In 2009, after years of success but not so much critical acclaim, in an industry that wasn’t always as appreciative of pop – female acts especially – as it is today, winning the best single Brit for The Promise was a huge deal. And Harding collected with the confidence of Liam Gallagher. Girls Aloud had earned their place at the table.

During her time in the band, she had become known as the group’s party girl, dubbed “Hardcore Harding” by the tabloids and once famously pictured swigging from a bottle of whisky at the NME Awards in 2007.

But behind the pop hellraiser image, there was always much more to the star.

Born in Ascot in Berkshire, Harding rose to fame in 2002 as a contestant on ITV’s Popstars: The Rivals, the programme that would see her joining Girls Aloud alongside Cheryl, Nadine Coyle, Nicola Roberts and Kimberley Walsh. Pitted against boy band, One True Voice, Girls Aloud’s debut single – the drum-and-bass inspired curveball Sound Of The Underground – roundly trounced the boys’ forgettable ballad to make Christmas number one that year.

It was the beginning of the group that would go on to be one of the most influential pop acts of the era, paving the way for the likes of The Saturdays and Little Mix. Their innovative approach to mainstream pop meant they became one of the few UK reality television acts to achieve continued success.

Girls Aloud released five studio albums, all of which reached platinum sales. They also achieved 20 consecutive top 10 hits, including four number ones – I’ll Stand By You, Walk This Way (with Sugababes) and The Promise, as well as Sound Of The Underground. In 2009, they were picked – alongside Jay-Z – to support Coldplay at Wembley.

In Hear Me Out, Harding said her time in the band had been “amazing” but also opened up about how hard it could sometimes be, saying it “wasn’t always quite as fabulous” as it appeared.

“It’s not like we were hard done by or being mistreated, far from it; it’s just the way things were when there was something big to promote,” she wrote. “We all knew we were leading a charmed life compared with most, and I always tried to appreciate that, but I didn’t feel glamorous a lot of the time, I can tell you.

“Yes, there were moments of glamour, but day to day it was often hard to keep up. Once you had your hair and make-up on, you’d step out on stage looking a million dollars, but sometimes underneath you’d be thinking, ‘Jesus, I’m knackered! How am I going to get through this?’ It was usually the rush of adrenaline that got me through, especially during a live show.”

In 2013, the group embarked on Ten: The Hits Tour, performing their final show in March of that year. A few hours later, they announced their split on Twitter; Harding said they had all agreed it was “time to say goodbye”.

In addition to her pop success, Harding had a varied career in acting and television, with early credits including roles in the St Trinian’s films and BBC drama Freefall, opposite Dominic Cooper. Later on, a guest appearance as Joni in Coronation Street in 2015 led to the star being invited back for further scenes on the famous cobbles.

In 2016, the star made her stage debut in Ghost – The Musical at the New Wimbledon Theatre in southwest London. The following year, she appeared in Celebrity Big Brother – and was later crowned the winner, beating X Factor singer Amelia Lily and Made In Chelsea’s Sam Thompson in the final.

In her personal life, Harding was previously engaged to DJ Tom Crane, but they announced the end of their four-year relationship in 2011. The star entered rehab shortly after their split and candidly detailed her struggles in her book.

But before she died, she wanted people to know that the party-girl image and problems with drinking did not define her.

“When I look back at my time in Girls Aloud, I feel like I became a caricature,” she wrote. “Okay, so maybe I put out a particular image, which the press and media latched on to. It was an easy one to work with: rock chick, blonde bombshell, party girl, the caner of the band…

“Somewhere among the nightclubs, the frocks and the hairdos, the big chart hits and the glamour of being a pop star, the other Sarah Harding got utterly lost.”

Now, as well as her huge success in the limelight, Harding will also be remembered for bravely sharing the story of her cancer. As a celebrity who had remained relatively private (if social media is a measure, her last Instagram post before revealing her diagnosis in had been more than two years earlier, in May 2018), it must have been a huge decision to speak out.

Noticing her lump during the COVID-19 pandemic, Harding put off getting it checked. When she was eventually diagnosed, while reluctant to make the news public she also knew that as a star with a huge following, her story might help others.

“Please girls – please everyone – don’t let anything get in your way – get checked out if you’re worried about something,” she wrote in Hear Me Out. “Of course, I can’t know for sure, but I believe that if I’d got things moving with appointments and check-ups faster than I did, I’d probably be in a better place than I am now.

“I think I would have had more options for treatment, and certainly less spread of disease. It’s a bloody hard pill to swallow, but the best I can hope for is that my experience might encourage other people to get themselves sorted as soon as possible.”

Harding also said that doctors had told her that Christmas 2020 would probably be her last.

“I don’t want an exact prognosis,” she wrote. “I don’t know why anyone would want that. Comfort and being as pain-free as possible is what’s important to me now…

“I’m trying to live and enjoy every second of my life, however long it might be. I am having a glass of wine or two during all this, because it helps me relax. I’m sure some people might think that’s not a great idea, but I want to try to enjoy myself. I’m at a stage now where I don’t know how many months I have left. Who knows, maybe I’ll surprise everyone, but that’s how I’m looking at things.

“Right now, I’m trying to find joy whenever and however I can. It’s definitely spending quality time with Mum and seeing my friends whenever I can. Life has got so much smaller, and my priorities have changed, but the other Sarah Harding is still in there somewhere too, trust me. Given half a chance, I know she’d be back with a vengeance, dancing on tables and laughing and joking with everyone.”

Speaking out publicly will no doubt have led to more women approaching their doctors, similar to Jade Goody’s cervical cancer in 2008.

“As scary as it was to go public about my diagnosis, it was the right thing to do, and the amount of support I’ve received is incredible,” Harding said. “I’ve been inundated with lovely messages from my fans. I’m grateful beyond words for that.”

That gratitude is no doubt being felt right back by women around the world.