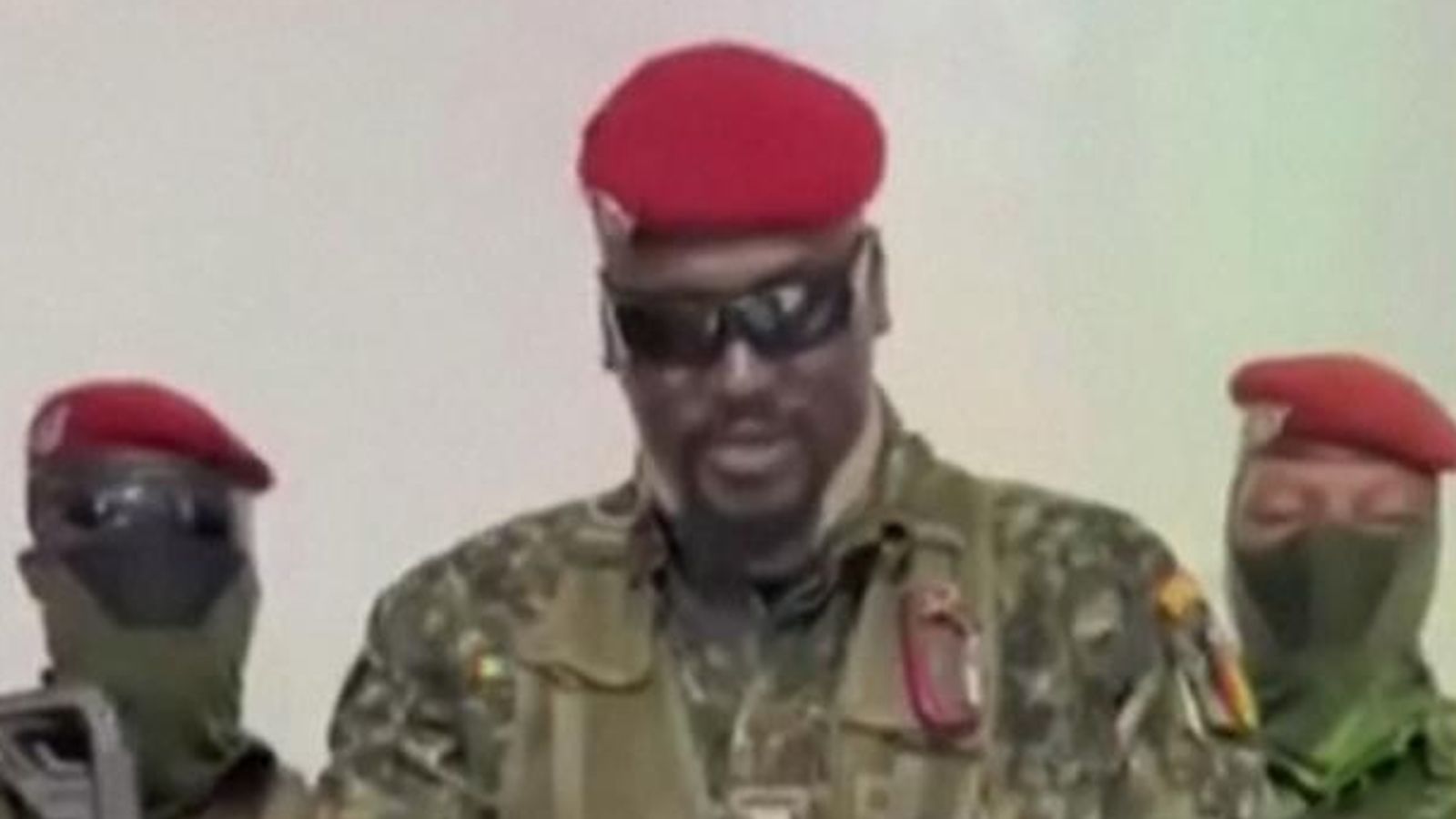 Soldiers in Guinea claim they have dissolved the government of President Alpha Conde and its constitution, as well as closed all land and air borders.

The announcement on state television comes after hours of gunfire around the presidential palace in the capital Conakry, sparking fears of a coup attempt.

But the defence ministry said an attack on the complex had been repelled.

The uprising in Guinea was believed to have been carried out by an elite national army unit led by Colonel Mamady Doumbouya, a former French legionnaire.

He appeared on TV, surrounded by other armed soldiers, and said his supporters planned to form a transitional government.

“We have dissolved government and institutions,” he said. “We call our brothers in arms to join the people.”

He added: “The personalisation of political life is over. We will no longer entrust politics to one man, we will entrust it to the people.”

Mr Conde’s popularity has plummeted since he won a third term last October after changing the constitution to allow him to stand again, despite violent protests from the opposition which claimed dozens were killed.

The government has increased taxes in recent weeks and the price of fuel has risen by 20%, causing frustration among many Guineans.

Col Doumbouya said he was acting in the best interests of the West African nation which has a population of more than 12.7 million.

He claimed not enough economic progress has been made since independence from France in 1958.

Guinea was governed by a number of autocratic rulers after 1958 until Mr Conde came to power in 2010 in the country’s first democratic election.

Many saw his presidency as a fresh start for the nation, which has been mired in decades of corrupt rule.

His opponents say he has failed to improve the lives of Guineans, with most living in poverty despite its vast mineral riches.

As the defence ministry said security forces loyal to Mr Conde had repelled the palace attack and were restoring order, people celebrated the uprising’s apparent success on the streets.

A witness saw trucks and military vehicles along with motorcyclists and cheering onlookers.

“Guinea is free! Bravo,” one woman shouted from her balcony.

War in Ukraine: ‘This is not where Russia planned to be’
Transfer deadline day: Chelsea push for Fernandez
‘No excuse for dodging scrutiny’: Labour demands report on levelling up progress
Some of Wall Street’s biggest names are exposed to the Adani Enterprises plunge
Meta shares rocket 20% on solid earnings: Analyst sees ‘enticing’ valuation