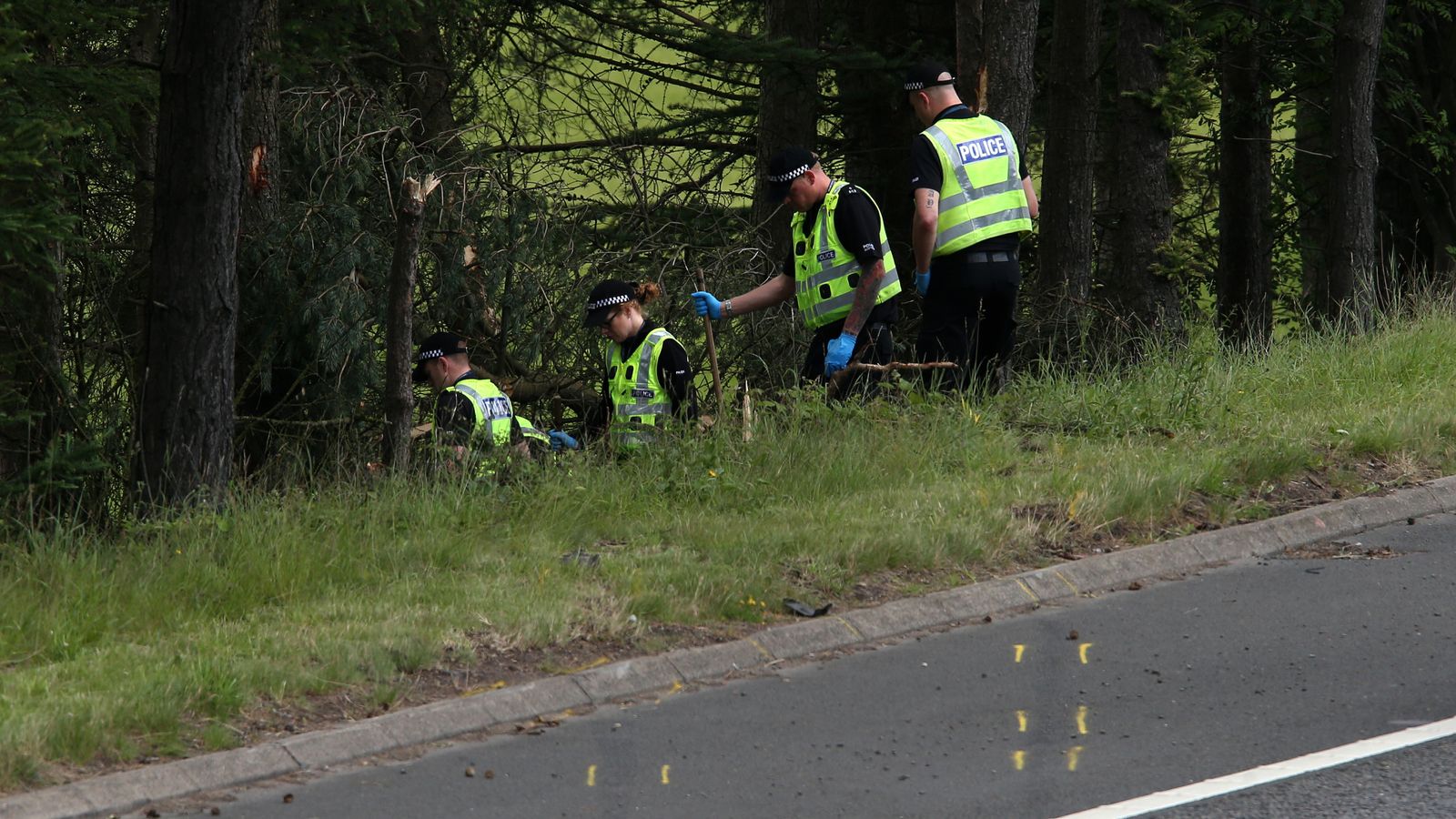 Lamara Bell, 25, died in hospital four days after police eventually arrived at the scene of the crash off the M9 in July 2015, having suffered a brain injury, a broken limb and severe dehydration.

The driver of the vehicle, John Yuill, 28, died in the initial crash which occurred when his Renault Clio came off the motorway near Stirling and crashed down an embankment into trees.

Police Scotland has admitted a charge under the Health and Safety Act.

At Edinburgh High Court on Tuesday, the office of the Chief Constable of Police Scotland admitted that it failed to ensure Mr Yuill and Ms Bell were not exposed to risks to their health and safety by failing to provide an “adequate and reliable call-handling system” between 2014 and 2016.

It also failed to ensure the system was “not vulnerable to unacceptable risks arising from human error” and to ensure that all relevant information reported by members of the public was recorded so a police response was provided where appropriate.

The force admitted that members of the public were exposed to risks and that a police officer at the call-handling centre at Bilston Glen Service Centre failed to record a phone call on 5 July 2015, reporting that a vehicle was at the bottom of the embankment at the side of the eastbound junction nine slip road from the M80 on to the M9.

It also admitted that Ms Bell and Mr Yuill remained “unaided and exposed to the elements” in the car between 5 July and 8 July 2015 and the failings “materially contributed” to her death at the Queen Elizabeth University Hospital in Glasgow.

Sir Stephen House, who was chief constable at the time of the incident, stepped down from the role at the end of 2015 following controversy over the deaths.

An initial call to police on 5 July was not acted upon, and Ms Bell and Mr Yuill were not discovered until another member of the public contacted police on 8 July after spotting the vehicle.

At the time of the accident, tributes were paid to the couple by family members.

And her brother, Martin, wrote on Facebook that “She was defo 100% conscious. She was able to tell her name.
“She added four years onto her age and told them she was 29. She also did say she was only in the car for 20 mins.”

Mr Bell added: “They also said she was still moving around trying to get out the car but was trapped.

“Proud of my sis for doing so well over those three days then the following days in hospital for not giving up the fight. Brave amazing girl. She gave it her all and fought until the end.”

Cheryl on her West End debut: ‘Disasters are part of the experience’
Rising public support for unions despite widespread strikes, Sky News poll suggests
Sunak urged to ‘come clean’ over what he knew about Zahawi tax scandal
Ukraine War: No decision from Germany on sending tanks to Ukraine
Premier League signs deal with NFT-based fantasy soccer game despite crypto downturn