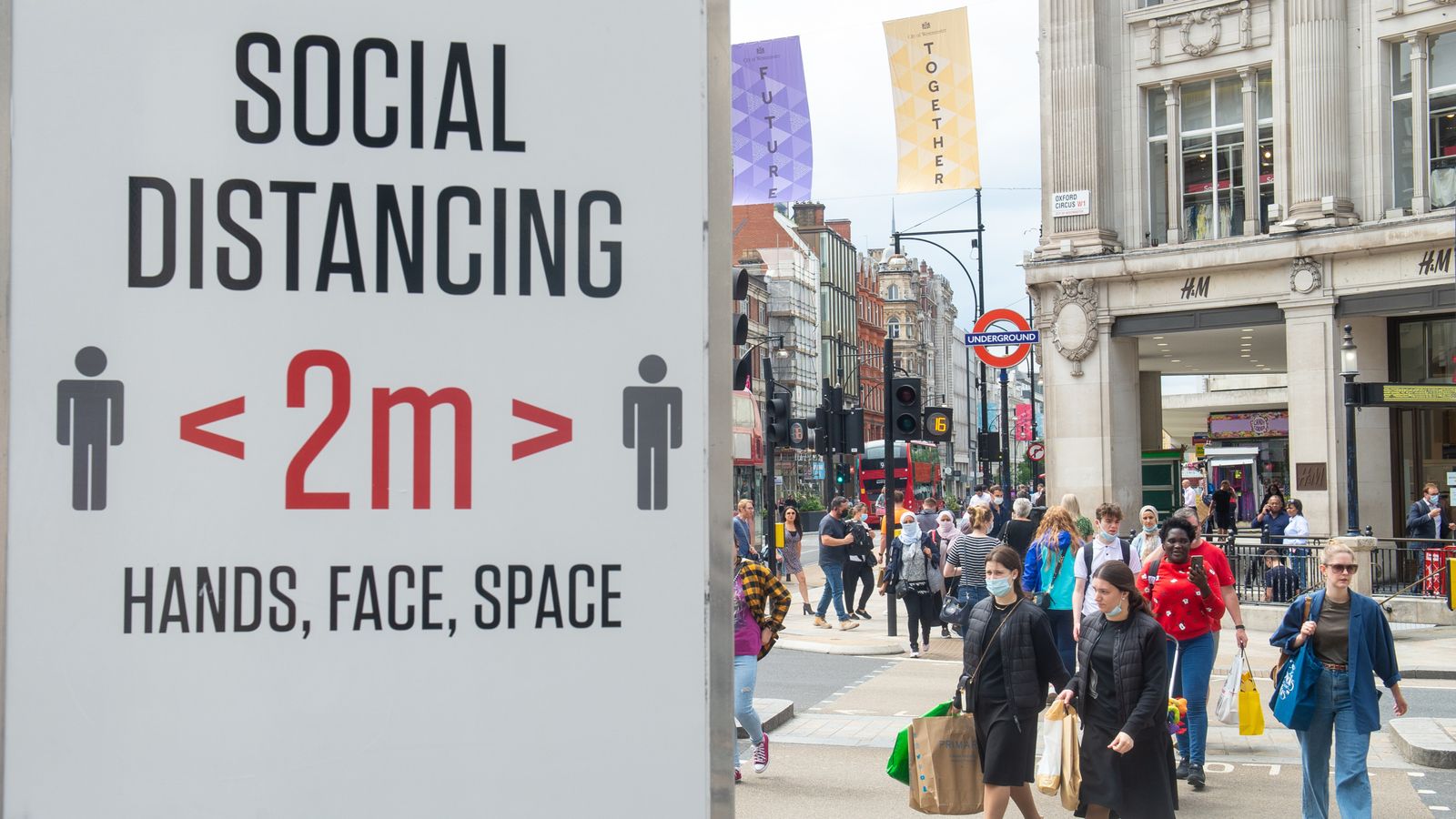 Vaccines Minister Nadhim Zahawi has not denied that ‘firebreak’ restrictions could be implemented in October if COVID-19 hospitalisations remain high – but said it depends on the success of the booster jab programme for the elderly and most vulnerable.

Mr Zahawi said the booster programme is his “absolute priority” as it will “absolutely help us to transition the virus from pandemic to endemic status”.

But he warned that the “one-way road towards sustaining the opening of the economy” will only happen “if we do that well”.

It comes after the i newspaper reported that the government is planning October ‘firebreak’ restrictions if coronavirus hospital admissions stay high.

A senior government scientist and Sage member reportedly told the paper that the UK is about to enter “an extended peak” of infections and hospitalisations which could force ministers to re-introduce restrictions over the school half-term period at the end of next month.

He added that while a full lockdown is unlikely and would be a last resort, some measures could be introduced and the school half-term could also be extended to two weeks in late October if the NHS is pushed to the brink of capacity.

Speaking to Kay Burley on Sky News, Mr Zahawi did not confirm or deny whether he would endorse an October firebreak if hospitalisations for COVID-19 remain high.

“So the vaccines have actually allowed us to reach an equilibrium with the virus in the sense that they have prevented over 100,000 deaths, many, many millions of infections and of course hospitalisations as well,” the vaccines minister said.

“The upward pressure on infections is as, obviously, we have reopened the economy to pretty much as close to normal as you can get.”

He added: “So the booster programme that we have had interim advice from the JCVI [Joint Committee on Vaccination and Immunisation] on is my absolute priority.

“That will protect the most vulnerable to serious infection – that will absolutely help us to transition the virus from pandemic to endemic status.

“The important thing is that we get that right, because I think if we do that well, we can continue on this sort of one-way road towards sustaining the opening of the economy and, by next year hopefully, transitioning the virus from pandemic to endemic and dealing with it on an annual basis.”

Later during his Tuesday morning broadcast media round, Mr Zahawi added that he had seen no plans for an October “firebreak” lockdown if cases rise this autumn.

The potential booster programme would cover a large proportion of the population and would be designed to extend the already strong protection an individual has already received from their first and second jabs.

Data on plans for the general booster campaign is still being collected and analysed with a date for the roll-out expected to be announced very soon.

The current COVID vaccines have been shown to give good protection against severe disease for at least six months, and there is also evidence of longer-lasting protection.

But because any rise in cases would place pressure on the NHS, a booster protection plan for winter has been deemed necessary.

Who a booster jab should be offered to will be recommended by the JCVI.

In August, World Health Organisation senior officials criticised countries such as the US and Israel for rolling out a booster vaccine programme when many people across the world have had no jabs at all.

Cheryl on her West End debut: ‘Disasters are part of the experience’
Weekend Project: I added a solar panel to my electric mini-truck to charge from the sun
Concerns about golden eagles are partly prompting the redesign of a Scottish wind farm
Tesla plans to ramp up Giga Shanghai production after surge in orders, report says
No 10 insists UK economy is strong despite IMF warning it will fare worse than any other in developed world – including Russia