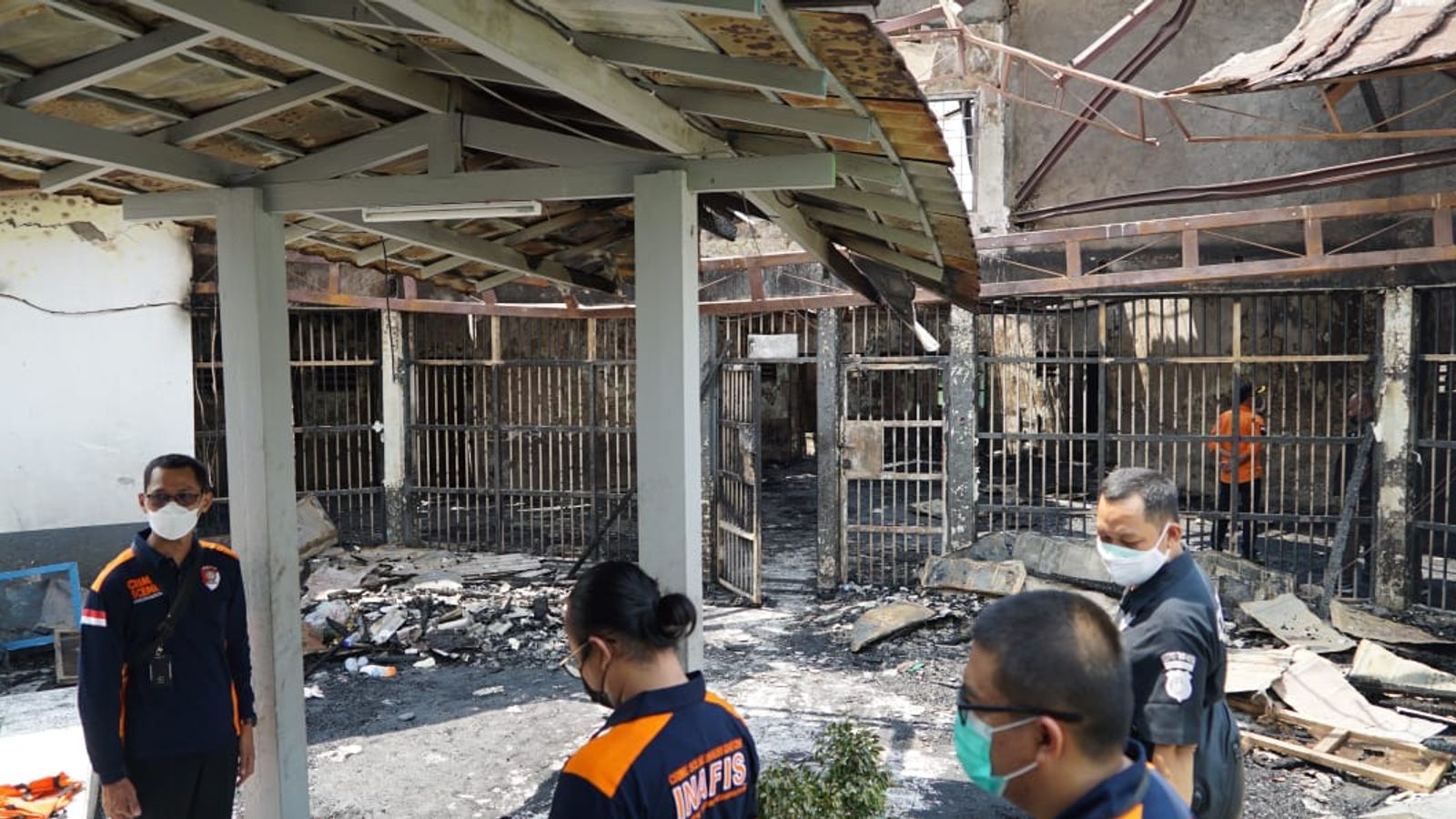 A huge fire has killed at least 41 inmates at an overcrowded prison near Indonesia’s capital Jakarta.

Televised footage showed firefighters battling to extinguish orange flames while black smoke billowed from the Tangerang prison after the fire broke out at around 1am.

It also showed dozens of bodies in orange bags laid in a room in the prison compound in Banten province.

Once the fires had been extinguished hundreds of police and soldiers were deployed around the prison to prevent prisoners from escaping, Jakarta Police Chief Fadil Imran told reporters near the scene.

“The situation is now under control,” Mr Imran said, adding that at least 80 people had been taken to hospital, eight of them with severe burns.

Authorities are still investigating the cause but the preliminary investigation pointed to a short circuit in one of the block’s cells, Mr Imran said.

Tangerang prison was designed to house 1,225 inmates but has more than 2,000, said Rika Aprianti, spokesperson for the corrections department at the Justice Ministry.

She said 15 prison officers guarding the area were unhurt.

Jailbreaks and riots are common in Indonesia, where overcrowding has become a problem in prisons that are struggling with poor funding and large numbers of people arrested in a war on illegal drugs.