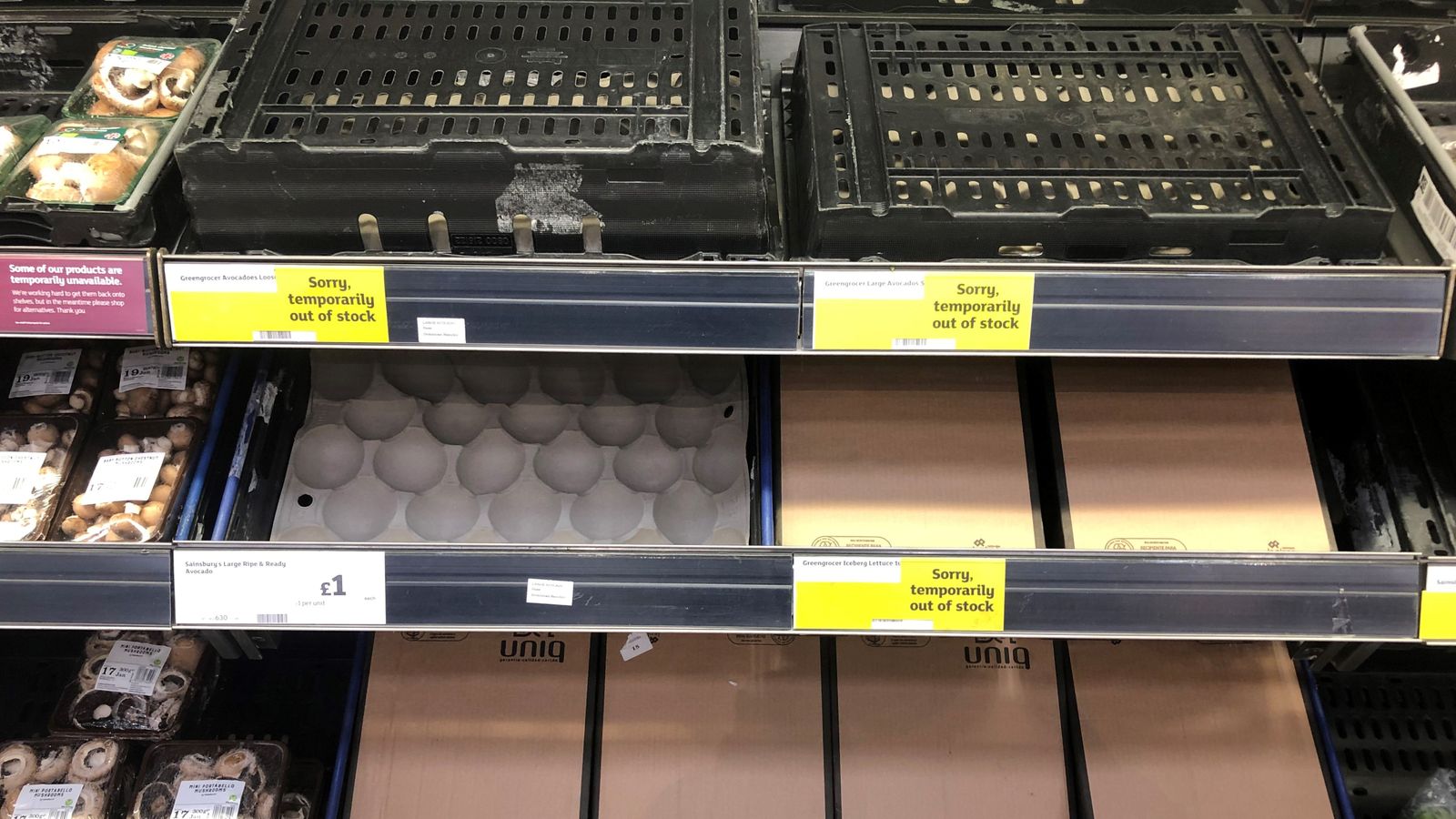 Northern Ireland could see “instability, uncertainty and unpredictability” if there is an attempt to renegotiate the post-Brexit agreement, the European Commission’s vice president has warned.

Maros Sefcovic said the Northern Ireland Protocol must be “properly implemented”, but admitted both sides would have to compromise.

His warning came after DUP leader Sir Jeffrey Donaldson said his party may quit Stormont if its demands are not met.

The protocol, agreed by the UK and EU, has proved deeply unpopular with unionists as it has created a trade border in the Irish Sea – something Westminster promised would not happen.

They have repeatedly called for it to be scrapped as they say it undermines their position in the UK and has caused issues with imports from Great Britain, which has seen supermarkets with bare shelves.

On his talks with Stormont politicians, Mr Sefcovic said: “I told them, for me, I do not need any political victory here, I want to find a solution which would represent win-win – victory for all, first and foremost for the people of Northern Ireland.

The commission’s vice president said the EU wanted “this problem solved” before 1 January this year – when the transition period ended.

During a keynote speech at Queen’s University in Belfast, Mr Sefcovic added: “So can we do this faster? Let’s go for it.

“I mean, we are ready for engagement, we will be working as we’ve been until now, constructively with our UK partners.

“Let’s see how far and how fast we can progress.”

Mr Sefcovic telling Stormont politicians to “dial down the rhetoric” after the DUP threatened to withdraw ministers from parliament was met with derision.

But he said: “I think that appeal for calm, for dialogue, for constructive engagement cannot offend anybody. And I will just repeat my invitation for this constructive, calm discussion.”

He added that despite difficulties with how the protocol was operating, there was no reason to get rid of it.

“I know how difficult it was to get here and therefore I’m ready to go the extra mile to save the progress, to build on the achievements, which took us five years to build,” he said.

Mr Sefcovic said his visit to Northern Ireland had been “informative, inspiring and enriching”.

Sir Jeffrey said it was “unfortunate” Mr Sefcovic was “so dismissive of the real and genuine concerns” and insisted: “It is not mere rhetoric, it is articulating the views and concerns of unionists”.

He added: “In the end, the agreement that we have, the political institutions that we have can only work if both unionists and nationalists support them so the EU needs to move, and quickly, to address the concerns of unionists.”

The deadly assault draws painful parallels for Americans who are no strangers to videos of police violence
Labour reports Boris Johnson to parliament’s standards watchdog
Quick Charge Podcast: January 28, 2023
‘Blood will be on hands’ of Congress if bill limiting police officer immunity not passed, Tyre Nichols’ mum says
I Heard It Through The Grapevine writer and Motown’s first star dies aged 81