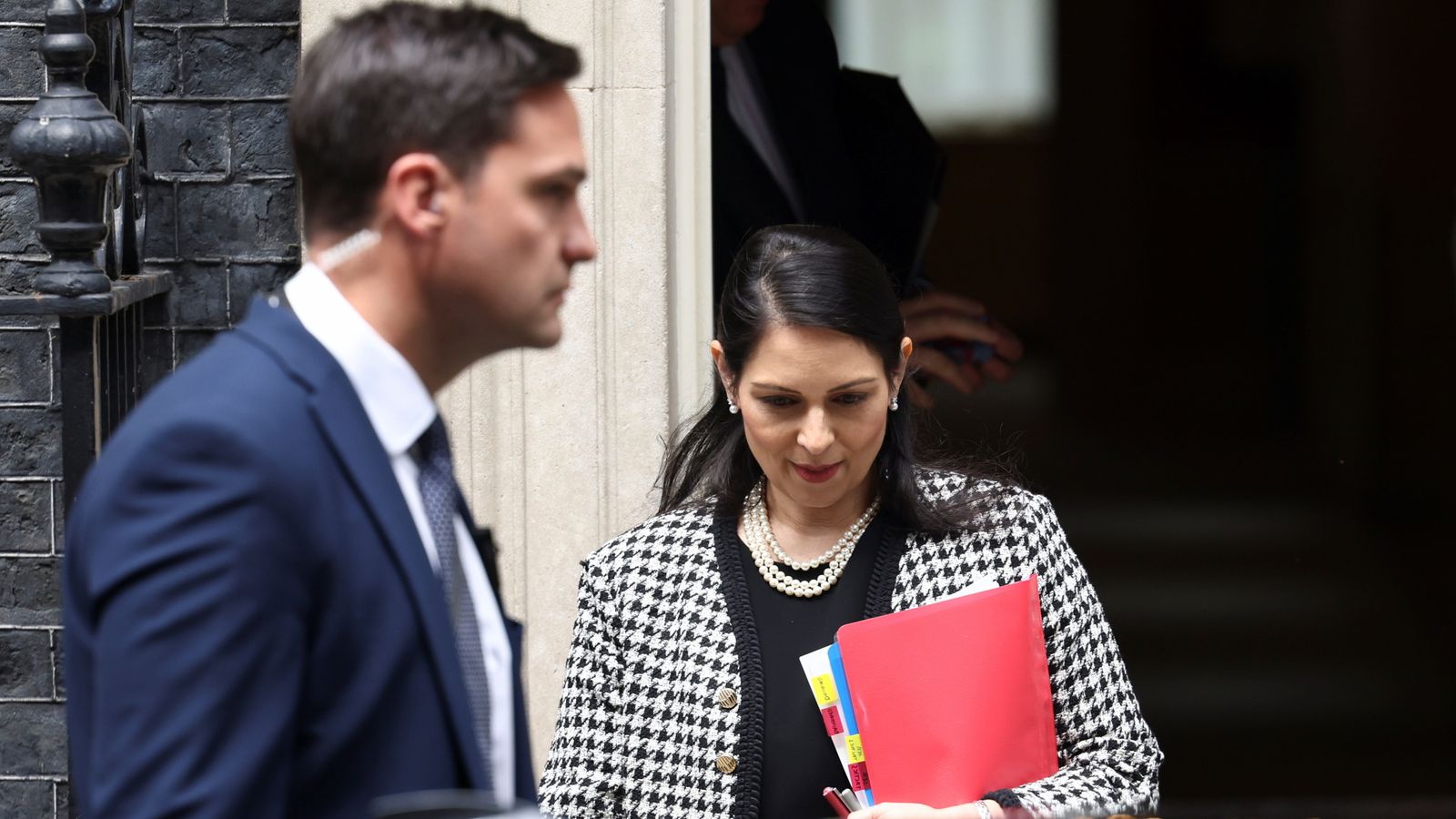 A cabinet colleague has rallied to the defence of the home secretary as she faced fresh claims of breaking ministerial rules over a meeting with a billionaire Tory donor and British Airways.

Health Secretary Sajid Javid gave his backing to Priti Patel, saying she was doing “incredibly well”, as Labour demanded an investigation into her conduct following allegations of her involvement in a “secret lobbying lunch”.

Political opponents have accused her of being “reckless” and a “serial offender” in breaching the ministerial code.

“There’s so many things that she has already done with the legislation that’s been put forward, but I also know as home secretary, you’ll also do a huge amount that never gets into the public eye because it’s not something you can ever talk about publicly.

“And, I think it’s obvious to me, having done that job, that she’s carrying out that part of the work here, the stuff that’s never in the public, incredibly well.”

Ms Patel has faced renewed criticism after the Sunday Mirror reported she had arranged a meeting on 11 August at Heathrow Airport’s Hilton Garden Inn, which is part of a chain owned by Conservative donor Surinder Arora.

However, it’s claimed no official from the Home Office was present, which under the rules there should be if government business was discussed.

The ministerial code states: “A private secretary or official should be present for all discussions relating to government business.

“If a minister meets an external organisation or individual and finds themselves discussing official business without an official present – for example at a social occasion or on holiday – any significant content should be passed back to the department as soon as possible after the event.”

It is understood Ms Patel considered it a private meeting and that the lunch was declared to her private office.

A spokesman for her said: “Details of all the home secretary’s relevant external meetings will be published in the usual way in accordance with the ministerial code.”

Business Secretary Kwasi Kwarteng also attended the meeting – but in his role as a local MP, as Heathrow borders his Spelthorne constituency.

But a source told the Sunday Mirror he was “still uncomfortable about the whole thing going ahead without officials present”.

The latest allegations will again put the spotlight on Ms Patel, who was forced to resign as international development secretary in 2017 after unauthorised meetings with Israeli officials.

She also kept her job earlier this year after being found to have engaged in bullying behaviour towards staff by the then independent adviser on ministerial standards, Sir Alex Allan.

Sir Alex resigned after Boris Johnson chose to back Ms Patel following his investigation into her conduct.

Labour deputy leader Angela Rayner said: “The home secretary is a serial offender with no regard for the ministerial code. It’s time the prime minister took away her get out of jail free card.

“This secret lobbying lunch would break the rules three times over. She has serious questions to answer and must be investigated by the cabinet secretary immediately.”

Nick Thomas-Symonds, Labour’s shadow home secretary, added: “The home secretary is so reckless about her duties that it seems she takes part in meetings behind closed doors and without an official present.”

Mr Arora previously donated to former Tory chancellor Philip Hammond when he was his local MP.

He told The Sunday Mirror: “I’ve known Kwarsi and Priti for years. I said pop in and have lunch and see my new hotel.

“I don’t do politics. I don’t support anyone. There wasn’t any agenda.”

The new tactics being used by ‘crash for cash’ scammers and the 10 new areas they are targeting
Protests follow US Supreme Court’s move to overturn abortion protection as clinics begin to close
‘I lost it’: Georgia election official on threatening tweet that led him to address Trump
Kyiv targeted by Russia in ‘symbolic’ attack before NATO summit as one killed and several injured in missile strikes
Exxon Mobil is at a crossroads as climate crisis spurs clean energy transition