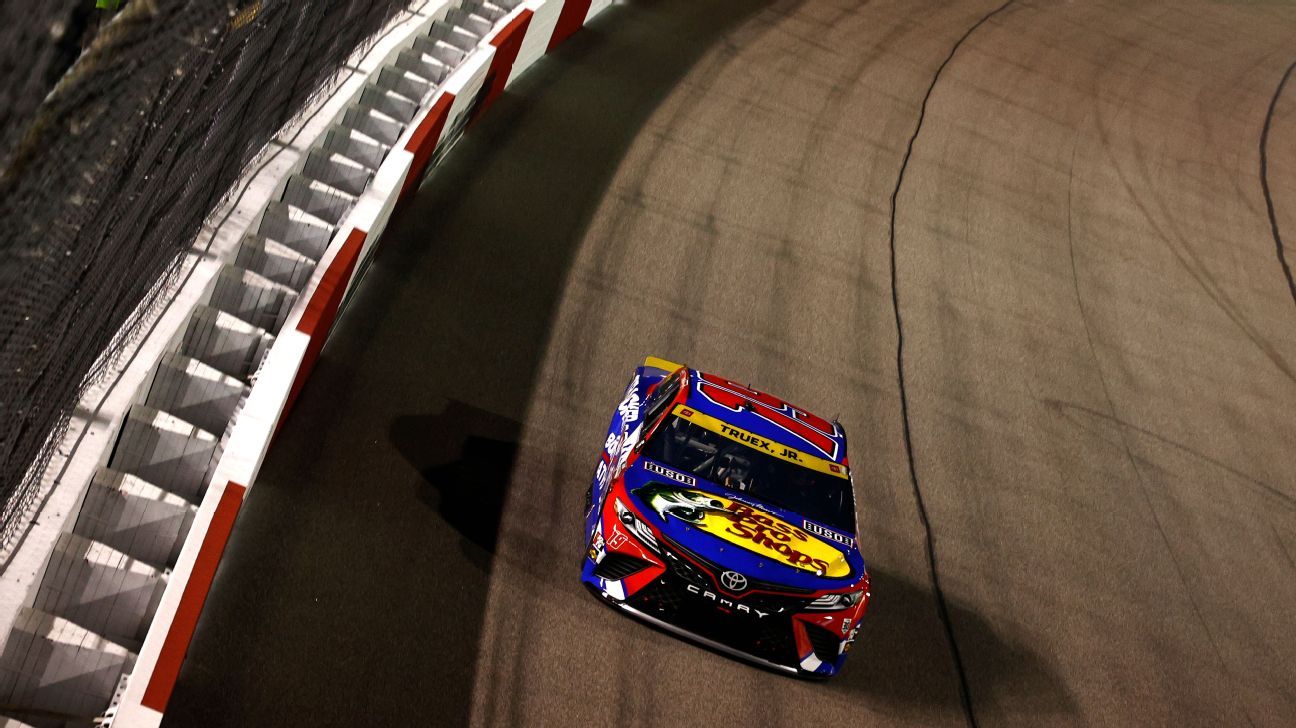 The victory was the third for Truex in the last five races at Richmond. He got the lead when Busch was caught speeding entering pit road during green flag pit stops, causing him to relinquish a big lead and fall back to 10th.

Truex led a 1-2-3 finish for JGR, with Denny Hamlin finishing second and Christopher Bell. And Truex did it after being black-flagged on the first lap for beating Hamlin, the pole-sitter, to the start-finish line for the start of the race.

“That was frustrating, I’m not going to lie, but I knew we had a good enough car to overcome it,” Truex said about the penalty.

The penalty sent Truex to the back of the field, but as he has done repeatedly since ending an 80-race winless drought on tracks shorter than a mile at the start of his career, he masterfully worked his way back into contention.

Defending series champion Chase Elliott was fourth, followed by Joey Logano and points-leader Kyle Larson, who started the race at the back of the field after twice failing pre-race inspection. Larson did, however, manage to clinch his spot in the second round of the playoffs, which start after one more race.

Hamlin, as he did in the spring here, won both stages and led the most laps – 207 in the spring, 197 in this race – but failed to follow his victory last weekend with another on the track about 20 miles from where he grew up.

Fans were given small American flags as they entered the track and were encouraged to stand and wave them as a fire truck and two police SUVs, all with lights flashing, led the pace vehicles on the pre-race parade laps.

As the tribute unfolded, a chant of “USA! USA!” erupted in the stands.

The series wraps up the opening round of the playoffs, and narrows the championship field from 16 to 12, on another short track with the annual Saturday night race around the high banks of Bristol Motor Speedway.

Westminster’s ‘nepo babies’ are here to stay – whether we like it or not | Adam Boulton
China ‘spy’ balloon: What are they? And why could they play a key role in the future of aerial reconnaissance?
Ukraine Crisis: Russian forces try to surround Kyiv
Concerns about golden eagles are partly prompting the redesign of a Scottish wind farm
Source: Nets star guard Irving asks to be traded