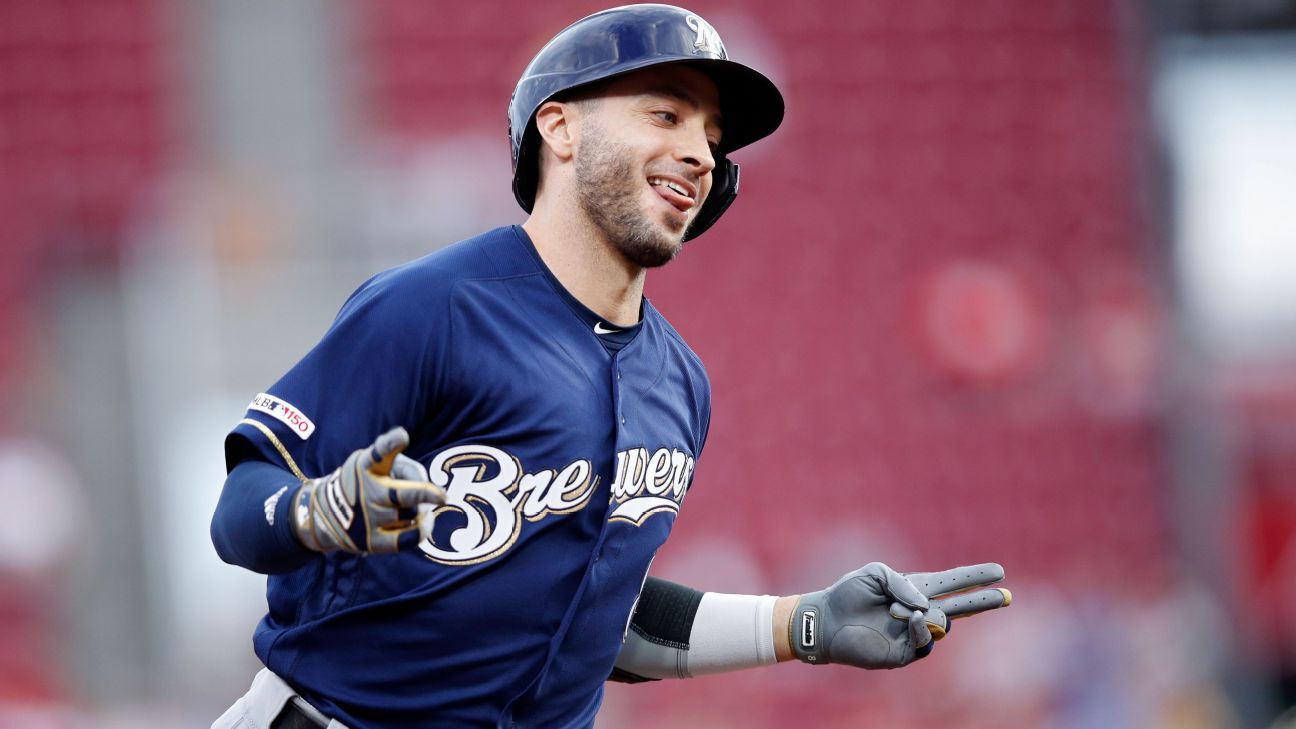 The six-time All-Star selection has not played this season after becoming a free agent when the Brewers declined to exercise a $15 million mutual option in his contract last October.

“I have weighed this decision for many months. While I still love this game very much, the time is right for me to retire from my playing days,” Braun, 37, said in a video posted to social media by the Brewers.

“It’s difficult to describe my emotions today, but it starts with overwhelming gratitude to those who have shared this experience with me while offering their unconditional support at every turn.

“… I will forever appreciate the best fans in the game and the countless people who came out to the ballpark night after night, making Milwaukee the greatest city to play the game.”

“I am so fortunate to have enjoyed a 14-year career wearing the jersey of one team, and even more grateful that team is the Milwaukee Brewers,” Braun said. “I am retiring today from Major League Baseball, but my love for all those who supported me continues to grow. I cherish great memories from my time with the Brewers and will continue to build on the many friendships made in this amazing city.”

His back issues prevented him from playing in the Brewers’ first-round playoff loss to the eventual World Series-champion Los Angeles Dodgers.

Braun was one of baseball’s best hitters from 2007-12, but was never the same after he was suspended midway through the 2013 season for using performance-enhancing drugs. He acknowledged that he took banned substances while rehabilitating an injury and apologized.

From 2014 on, Braun never played more than 144 games in a season and reached the 30-homer mark once after topping 30 homers five times in his first six years, including an AL-leading 41 in 2012.

The Brewers will honor Braun with an on-field ceremony on Sept. 26.

“Ryan brought us many unforgettable moments on the field; from playoff-clinching, dramatic home runs to nearly 2,000 career hits, he is unquestionably one of the greatest players in Brewers history,” team chairman Mark Attanasio said in a statement.

The Associated Press contributed to this report.

‘It’s bad news for the UK economy’ as IMF predicts shrinkage of 0.6%
Cloud leaders Amazon, Google and Microsoft show the once-booming market is cooling down
‘Her children need her home’: Family of missing dog walker ‘stuck in a nightmare’ since she disappeared
Oil giant Shell posts highest-ever annual profit of $40 billion
China ‘spy’ balloon: What are they? And why could they play a key role in the future of aerial reconnaissance?