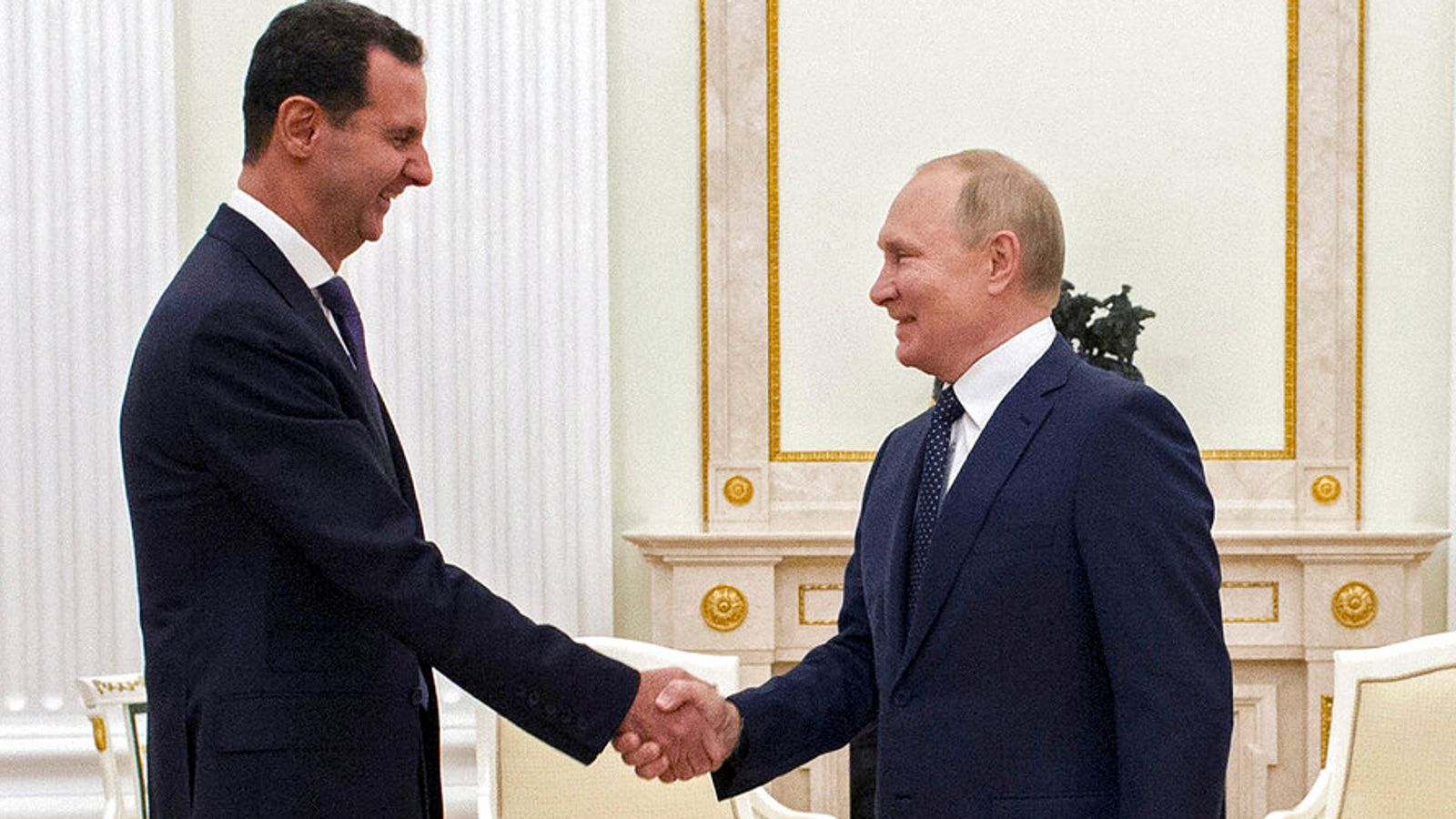 Syrian President Bashar al Assad has met Vladimir Putin in Moscow – their first meeting in the Russian capital since 2015.

Mr Putin congratulated his counterpart on winning May’s presidential election, according to the Kremlin.

The election – in which Mr Assad is said to have won 95% of the vote – was dismissed as a sham by most Western countries.

Mr Putin also used Monday’s meeting to praise President Assad’s renewed grip on the country after a decade of fighting.

The Kremlin quoting him as saying: “Terrorists had sustained a very serious damage, and Syrian government, headed by you, controls 90% of the territories.”

However, he reportedly warned that foreign forces being deployed in Syria without a decision by the UN were a hindrance to its consolidation.

The meeting between the two leaders was their first since a summit in Syrian capital Damascus in January 2020.

President Assad thanked Mr Putin for sending aid to Syria and efforts to halt the “spread of terrorism”, the Kremlin said.

He praised what he called the success of Russian and Syrian armies in “liberating occupied territories” of his country and described Western sanctions on Syria as “antihuman” and “illegitimate”.

Hundreds of thousands have died in Syria’s war – which started in 2011 after peaceful protests sparked by the Arab Spring, while millions have fled the country or been internally displaced.

Support from Russia has helped President Assad regain nearly all the territory lost during the war.

While the COVID crisis has helped push the conflict out of the headlines, the situation remains bleak with fighting still going on in some areas, food insecurity and a ruined economy.

The UN said this month that 13.4 million Syrians still needed help and urged the need for greater humanitarian access.