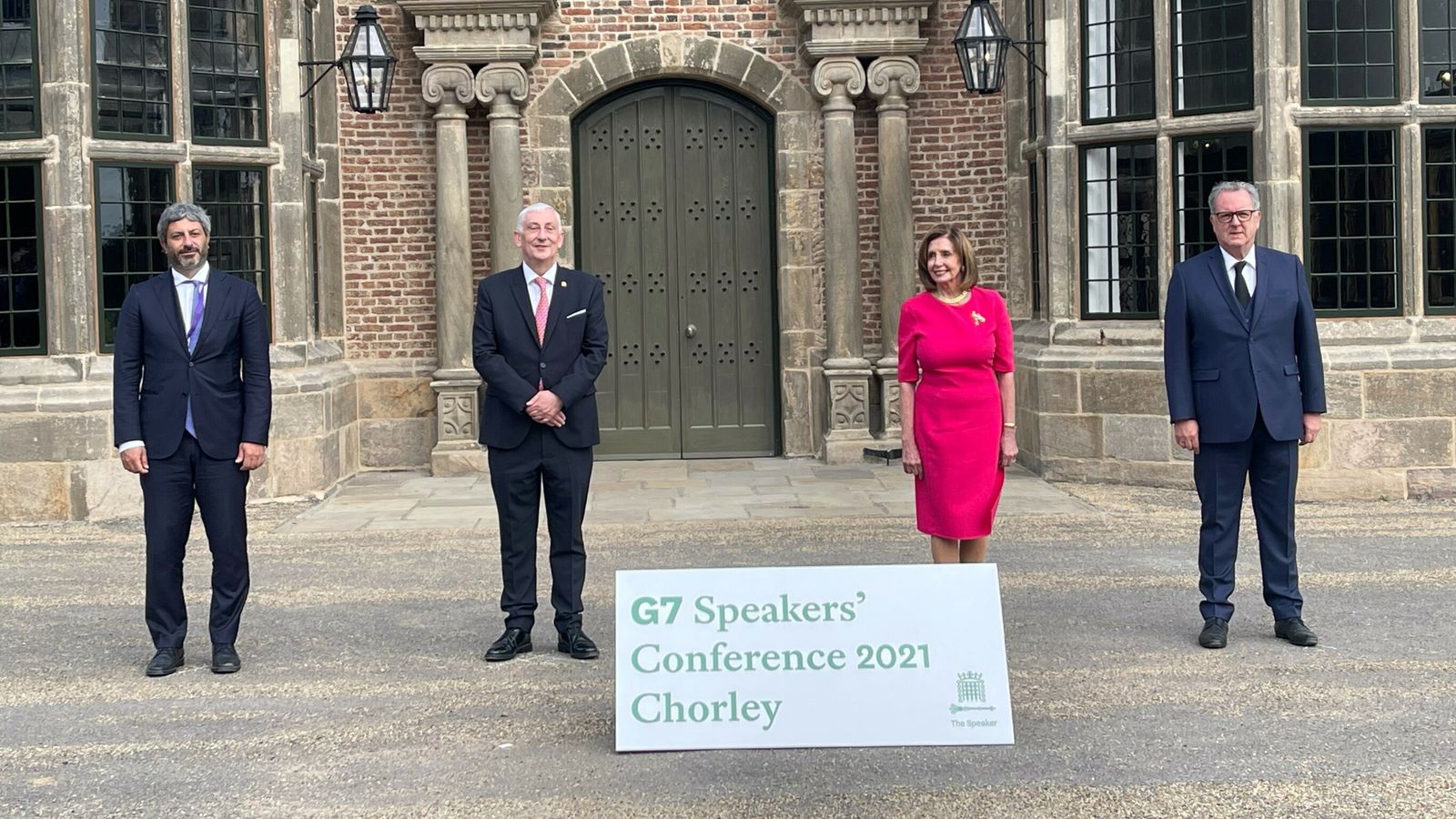 The bonds of friendship between France and the UK, US and Australia have been “tarnished” by the AUKUS pact, and it is now “more difficult than before” for France to trust those countries, the president of the French National Assembly has told Sky News.

Richard Ferrand is attending the G7 Speakers’ Conference in Chorley, Lancashire, hosted by the Speaker of the House of Commons Sir Lindsay Hoyle.

The AUKUS deal saw the UK, Australia and the US form a trilateral security pact to develop and deploy nuclear-powered submarines, adding to the Western military presence in the Pacific region.

Mr Ferrand said: “I think it has somewhat tarnished the bonds of friendship that we have. Yes, it has made things more difficult in terms of trust and friendship.”

On Friday, France recalled its ambassadors to the US and Australia.

Pressed on why Catherine Colonna, the top French diplomat in the UK was not recalled, Mr Ferrand said: “Obviously it was not my decision but we thought it was more important to recall the ambassadors of the two main protagonists in this thing.”

French Foreign Minister Jean-Yves Le Drian and the army minister reacted by issuing a statement that denounced “a decision contrary to the letter and spirit of Franco-Australian cooperation”, and accused the US of choosing to “sideline a European partner and ally”.

On Friday, the French cancelled a gala in Washington that was planned to mark the 240th anniversary of the Battle of the Capes – when the French navy helped the colonists win the American Revolution.

Pressed on whether the recall of ambassadors sends a strong signal to countries like Russia and China about French relations with its allies, Mr Ferrand said: “No, the strong signal to those countries comes from the fact that a word was given and then broken. There are causes and consequences, so one should not confuse the two.”

The G7 Speakers’ Conference takes place each year in the host speaker’s hometown. This year’s event is being held between 17 and 19 September in Sir Lindsay Hoyle’s constituency in Chorley.

Mr Ferrand planted a French Hornbeam tree to mark the occasion, alongside his G7 counterparts including Nancy Pelosi, Speaker of the US House of Representatives who planted a Sweet Gum Tree.

It would have been difficult to gauge whether their meeting was sweet or sticky when the speakers stood for the traditional ‘family photo’. Standing socially distanced, Mr Ferrand and Mrs Pelosi barely interacted with each other.

“We have friends and allies who might behave differently towards each other depending on circumstances but it’s very complicated, so let’s not rush to conclusions,” Mr Ferrand later told Sky News.

“These slight unpleasant things that might have happened are not really on the agenda,” he insisted. “We shouldn’t have arguments about anything but we also have to be careful not to forget.”