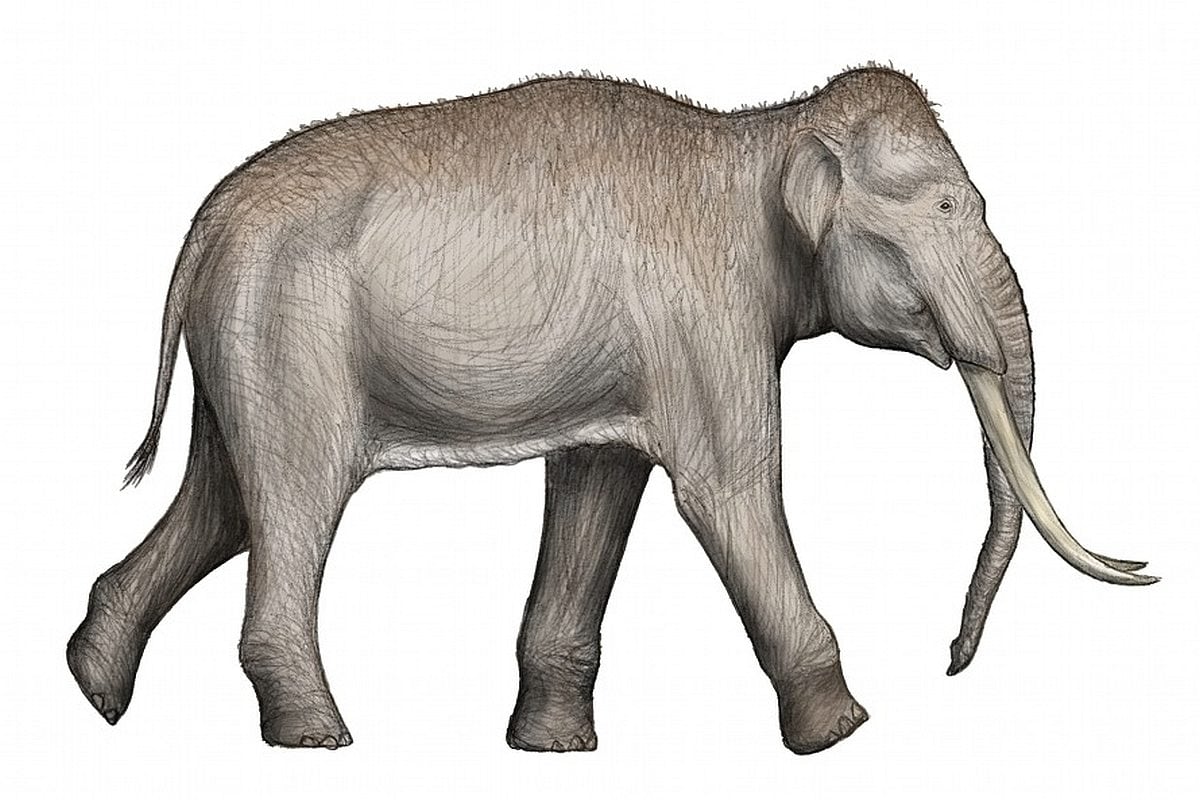 However, scientists focussed on the study of social behaviour and biology of these elephants that were wept out during the last ice age. From previous studies of fossilised bones, scientists knew that adult straight-tusked elephants could weigh around 5,500 kilograms for females and 13,000 kilograms for males. However, details about the younger ones weren’t known until now.

The study was published in the journal Nature’s Scientific Reports. The report in the journal states that straight-tusked elephant Palaeoloxodon antiquus “is among the most powerful proboscideans that ever lived, and one of the most robust of the Elephantidae species, with very wide heads carrying extremely long tusks”.

According to Science News, an American bi-weekly magazine that reports on scientific and technical developments, the beach in Huelva is covered by a one-and-a-half metre deep layer of sand. A storm last year washed away the sand layer and revealed the preserved footprints in sand-clay sediments. The trail comprised footprints of straight-tusked elephants along with cattle, deer, wolves, and even Neanderthals.

The newborns’ tracks measure 9.6cm across. Scientists inferred that these tracks could belong to a two-month-old elephant that was 66cm tall at the shoulders and weighed around 70 kilograms.

There are also tracks by older and female elephants. It suggests that the region was frequented by these members of the group and could have served as a nursery. Preserved traces of roots suggest an ancient patch of thriving vegetation and pools and lakes in the region.

Anthony Martin, a trace fossil expert at Emory University in Atlanta and not a part of the team, told Science News that these findings we a “thrilling study”. The tracks give an insight into the species’ movement patterns, social structures, and reproductive ecology.

The presence of other species suggests that the region was rich in diversity. Experts are especially interested in the presence of Neanderthals in the region. These ancient hominids probably hunted young elephants or scavenged carcasses of elephants or other animals, said Martin.