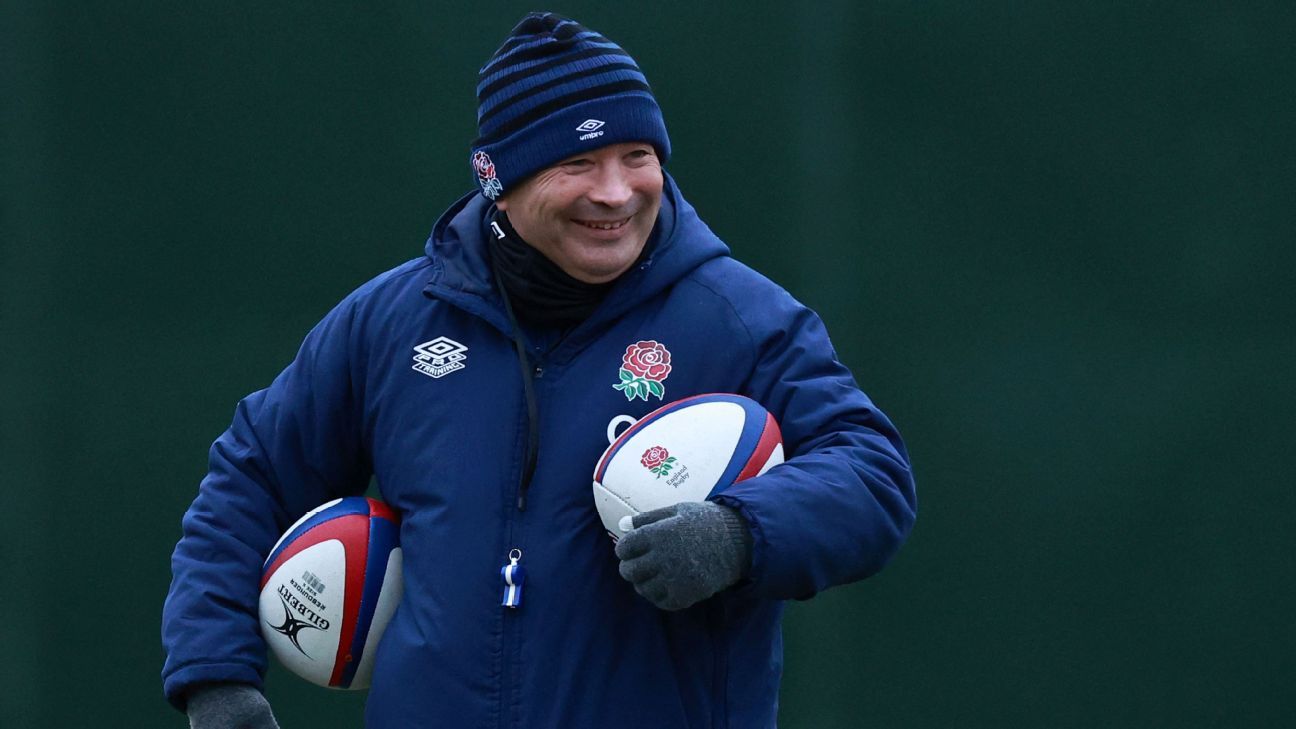 England boss Eddie Jones has named eight uncapped players in a 45-player squad for the next training camp, but there is no place in the mix for Saracens quartet Mako Vunipola, Billy Vunipola, Jamie George or the injured Elliot Daly.

The large squad will meet for a two-day training camp next week and gives a hint at where Jones will take the team over the next two years in the run up to the 2023 Rugby World Cup.

“They are all good players,” Jones said. “When they are at their best, they are going to be in strong contention. There is a lot of good young players coming through so the competition is hot. They need to find their best.”

Daly misses out due to an injury he picked up on the British & Irish Lions tour.

“He’s just had an operation on a stress fracture that he’s had for a long time but exacerbated on the Lions tour,” Jones said. “He won’t be playing any rugby. I believe he will be available early/mid-December, so he doesn’t qualify for the November Test matches.”

There are also spots in the squad for nine players who made their debuts in the summer Tests — which took place while the British & Irish Lions tour was on. Jamie Blamire, Trevor Davison, Alex Dombrandt, Joe Heyes, Lewis Ludlow, Adam Radwan, Harry Randall, Marcus Smith and Freddie Steward all earn recalls.

The camp meets as England step up their preparations for the autumn Test programme with Tonga, Australia and South Africa all travelling to Twickenham.

“This is an exciting squad made up of experienced players and young guys who did well in the summer and have earned their place again,” Jones said.

“We have left out some experienced players but we’re really clear that the door isn’t closed to them, and we’re looking forward to seeing them work hard to get back into contention.

“We have five campaigns now until the 2023 World Cup so each one counts, and this is a chance for this 45 to impress the new coaching staff.”

Apple sales drop 5% in largest quarterly revenue decline since 2016
Trump stops to retrieve Marine’s hat
NIU launches a $100 scaled-down version of its electric scooter for kids
Farmworker accused of shooting dead seven colleagues ‘was angry over $100 repair bill’
Why is the UK economy predicted to perform so badly?