Foreign secretary Liz Truss will travel to Mexico to push for the country’s support for the UK to join an international trade pact.

It comes as the Prime Minister conceded an agreement was not about to be struck with the USA following meetings with President Joe Biden.

Boris Johnson played down the prospect of an imminent trade deal between the two countries earlier this week, saying that President Biden has “a lot of fish to fry”.

Newly appointed Ms Truss will travel to Mexico from the United Nationals General Assembly in New York where she will focus on the Comprehensive and Progressive Agreement for Trans-Pacific Partnership (CPTPP), and discuss plans to develop a new and updated deal between the UK and Mexico.

She will also formally open the new embassy in Mexico City after the previous one was damaged during the 2017 earthquake.

The CPTPP is a free trade agreement between 11 countries, including Australia, Canada, Japan, and Singapore.

The UK applied to join the pact in February, with the move announced on the anniversary of Britain’s formal departure from the EU.

Joining the CPTPP would cut tariffs in trading with the group’s members, which the Department for International Trade said was worth £111bn last year.

Ms Truss said: “Closer ties with Mexico are a key part of our plan to strengthen economic, security, and diplomatic links with like-minded allies who share our belief in free enterprise and free trade. 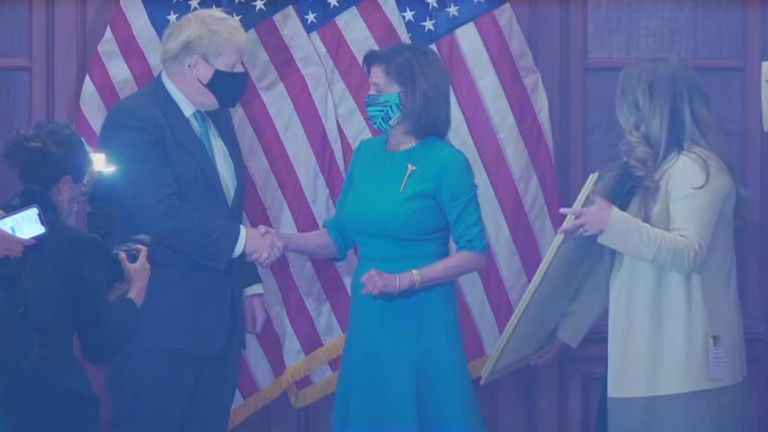 “A trade deal with Mexico, for example, will pave the way for us to join the CPTPP, one of the world’s biggest free trade areas.

“Our relationship with Mexico has huge potential. It could open vast new opportunities for businesses, support jobs across Britain, and help ensure we play a key role in an open and dynamic Indo-Pacific.”

She will also attend a dinner with celebrity British-Mexican chef Fernando Stovell, who has held three Michelin stars.

Putin trying to ‘starve Ukrainians into giving up war but will fail’
‘Mass exodus’: Employees flee Twitter after Elon Musk’s ultimatum
Does anyone want to win in the West? Our NBA Power Rankings update
Raab says he has ‘behaved professionally at all times’ after bullying allegations
These are the best electric bike sales for Black Friday that are already running [Updated]