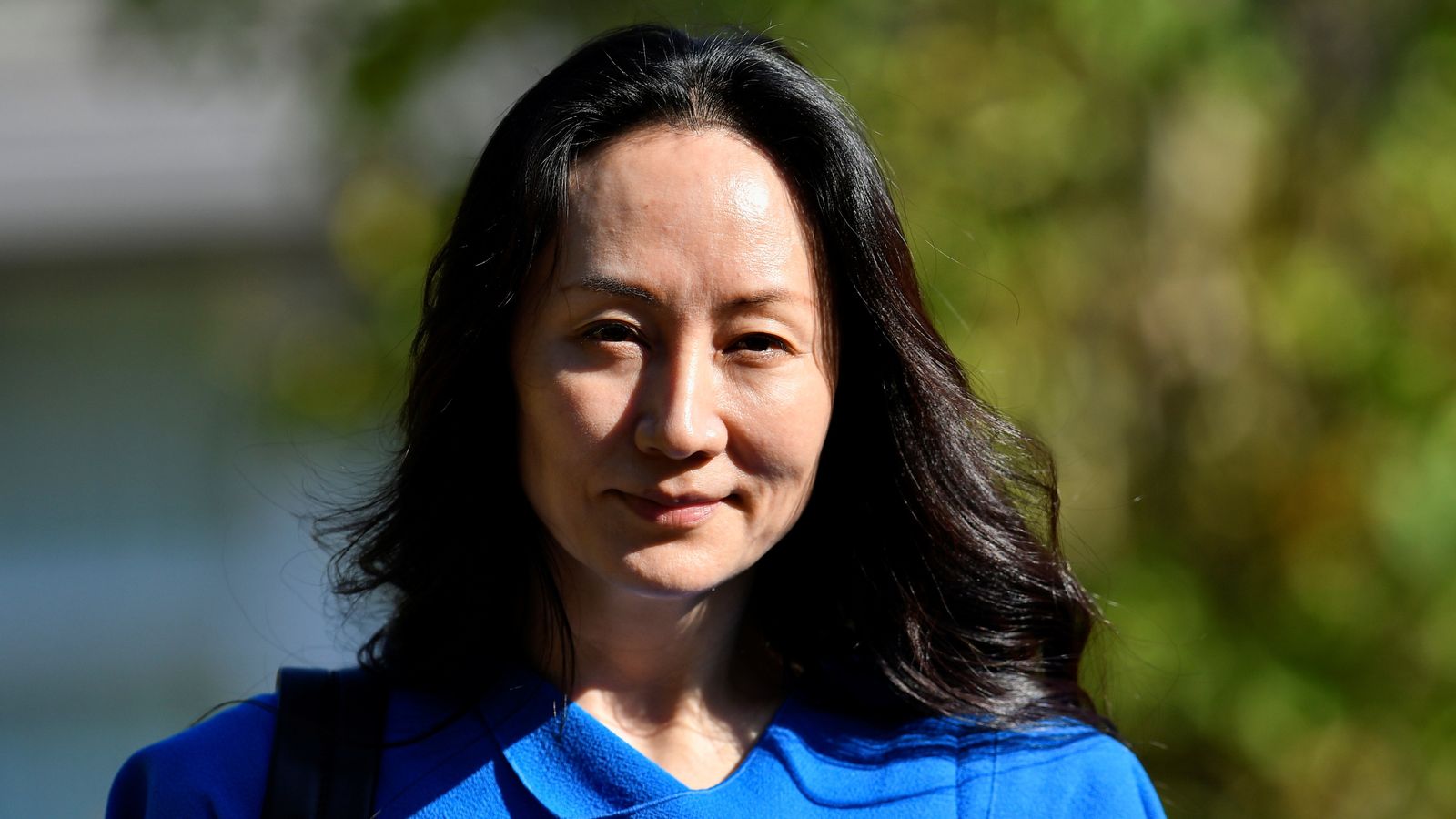 Huawei’s chief financial officer has reached a deal with US prosecutors that allows her to return to China.

Meng Wanzhou, who is also the daughter of the company’s founder Ren Zhengfei, has been in Canada since she was arrested at Vancouver’s airport in December 2018.

Her arrest followed an extradition warrant issued by the US for a range of charges relating to alleged breaches of sanctions against Iran.

But the deal means the US Department of Justice will drop its request to extradite her to the US and fraud charges against her will be dismissed in December 2022 – exactly four years after her arrest.

This will depend on her complying with certain conditions, including accepting responsibility for misrepresenting her company’s business dealings in Iran.

Meng’s defence lawyer Michelle Levin said she expected Meng to adhere to the conditions, adding: “We’re very pleased that in the meantime she can go home to her family”.

The details were confirmed during a court hearing, with Meng appearing via video from the Vancouver mansion where she was bailed after her arrest.

The court revoked all bail conditions, and Meng left for China shortly afterwards.

Before she left, Meng said: “Over the last three years my life has been turned upside down.

“It was a disruptive time for me as a mother, a wife and as a company executive.

“But I believe every cloud has a silver lining. It really was an invaluable experience in my life.

“I will never forget all the good wishes I received.”

About an hour after Meng’s departure, Canada’s prime minister Justin Trudeau said that two Canadians arrested by Chinese authorities were also on their way home.

Michael Kovrig and Michael Spavor had been accused of spying and were arrested in China in December 2018 – shortly after Meng was arrested in Canada.

Mr Trudeau said: “These two men have been through an unbelievably difficult ordeal. For the past 1,000 days, they have shown strength, perseverance and grace and we are all inspired by that.”

Saudi Aramco backs Brooklyn-based startup turning ammonia into fuel
Retired general explains why tanks are so significant on the battlefield
Spot the Sussexes: Is that Harry and Meghan at Ellen DeGeneres’s surprise wedding vow renewal?
‘I was not given a realistic chance’, says Liz Truss, as she makes comeback
Sixth Memphis police officer sacked over Tyre Nichols’ killing