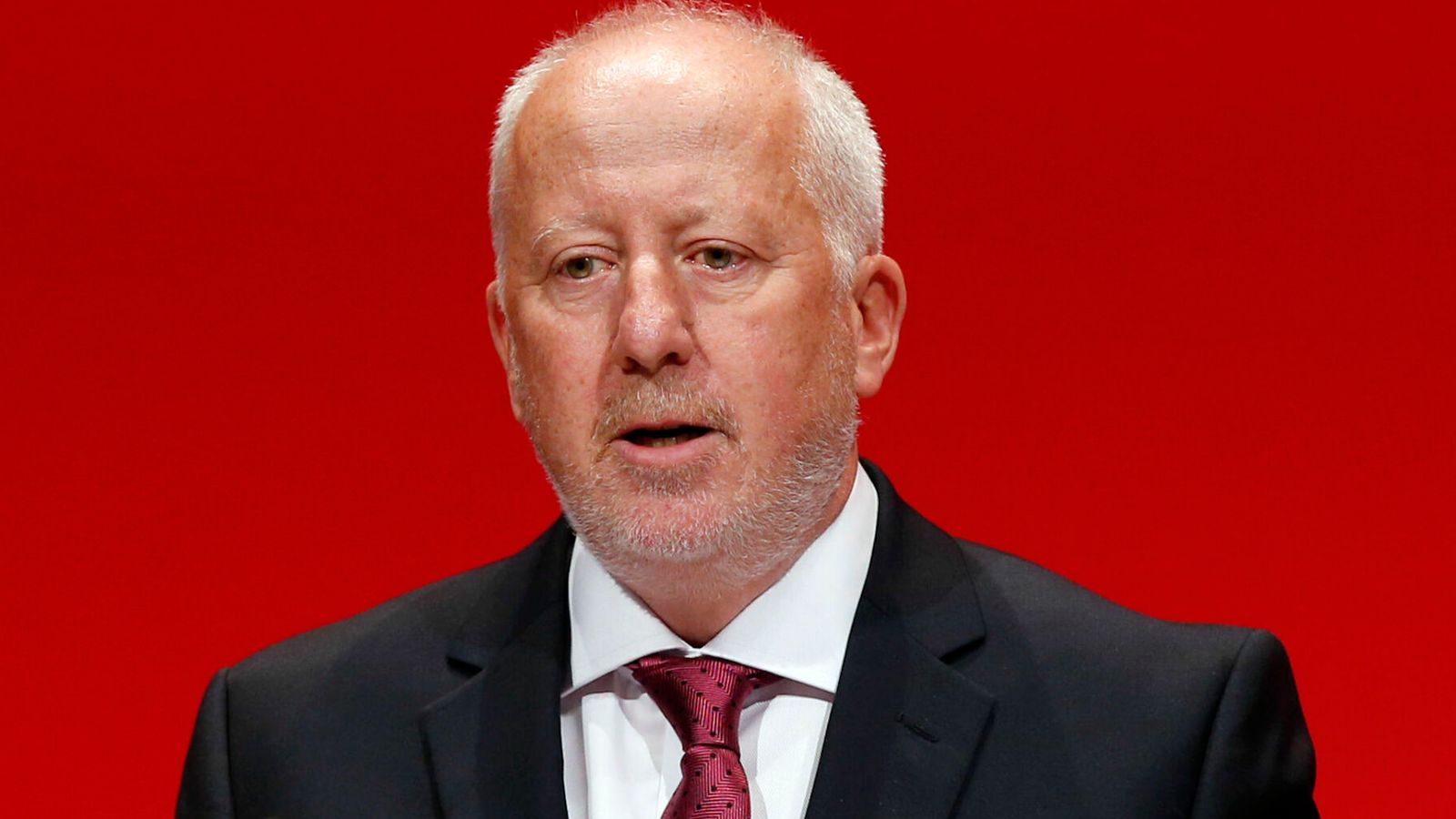 A Labour MP has dramatically quit the shadow cabinet mid-way through the party’s Brighton conference with an attack on Sir Keir Starmer’s leadership and policies.

Andy McDonald, who had been shadow secretary of state for employment rights and protections, said his position as a member of Sir Keir’s top team had become “untenable”.

The 63-year-old, who has been MP for Middlesbrough since 2012, previously served in former leader Jeremy Corbyn’s shadow cabinet and is a left-wing ally of Sir Keir’s predecessor.

In a resignation letter to Sir Keir on Monday, Mr McDonald delivered a fierce rebuke of Sir Keir’s leadership and policies.

He claimed he had been told by Sir Keir’s office on Sunday to go into a meeting “to argue against a national minimum wage of £15 an hour and against statutory sick pay at the living wage”.

“This is something I could not do,” Mr McDonald wrote.

“After many months of a pandemic when we made commitments to stand by key workers, I cannot now look these same workers in the eye and tell them they are not worth a wage that is enough to live on, or that they don’t deserve security when they are ill.”

A push for Labour to adopt support for a £15 national minimum wage had been made by left-wing group Momentum and trade unions prior to the party’s conference in Brighton.

In a further attack on Sir Keir in his resignation letter, Mr McDonald added: “I joined your front bench team on the basis of the pledges that you made in the leadership campaign to bring about unity within the party and maintain our commitment to socialist policies.

“After 18 months of your leadership, our movement is more divided than ever and the pledges that you made to the membership are not being honoured.”

Resignation shows how far Starmer has pushed away the left

Andy McDonald was one of those figures from the left of the party who was close to Jeremy Corbyn, but nonetheless made it into Keir Starmer’s shadow cabinet.

I am told he quit without speaking to Keir Starmer.

The particular reason he has decided to stand down now is that in the last 24 hours he says was asked by the Sir Keir’s office to go into a meeting to argue against a national minimum wage of £15 per hour and higher sick pay. He says he simply could not do that.

Sir Keir’s office have yet to comment on that claim.

The resignation comes at a time when the left of the Labour party is feeling under attack. Sir Keir pushed through rule changes at the weekend which were designed to essentially stop the left causing trouble in the future – such as reducing the rights of constituencies to recall MPs and making it much harder for a left wing candidate to get on the ballot of future leadership contests.

Many on the left feel the Labour leader’s office have been trying to put them into a corner, and there is a lot of unhappiness about being marginalised – given many votes from the left went to Sir Keir in the last leadership election.

Mr McDonald in his resignation letter refers to a series of broken promises. So while the specific reason he chose this moment may have been the issue of a £15 minimum wage, his decision reflects a much wider division.

Prior to the news of his resignation on Monday, Mr McDonald had been criticised for planning to co-host a conference event with Mr Corbyn, who is currently suspended as a Labour MP as part of an antisemitism row.

Speaking to reporters in Brighton on Monday afternoon after announcing his resignation, Mr McDonald said: “Is it really unreasonable to expect people going to work, our key workers, not to have a level of pay to sustain their position?”

Asked if he was trying to cause trouble for Sir Keir by resigning during Labour’s conference, Mr McDonald added: “Matters have been made difficult for me. I faithfully tried to discharge my duties as a member of the shadow cabinet on this specific issue and it is a point of principle for me.

“We have got to give that demonstration to the people that we seek to serve. And I just ask that the leadership reflect upon this.”

It is with deep sadness that I have resigned from Keir Starmer’s Shadow Cabinet, following the leadership’s refusal to back a £15 minimum wage and statutory sick pay at the living wage. pic.twitter.com/dz1KQTj0qR

Sir Keir thanked Mr McDonald for his service as a shadow minister and said Labour’s “New Deal for Working People” showed “the scale of our ambition and where our priorities lie”.

“My focus and that of the whole party is on winning the next general election so we can deliver for working people who need a Labour government,” the Labour leader added.

MPs and activists on Labour’s left wing praised Mr McDonald following his resignation, although those from the centre of the party suggested there was “no sense of loss” over Mr McDonald’s departure and “no tears being shed” in Sir Keir’s office.

They also highlighted how the “change” brought to Labour under Sir Keir had been proved by Mr McDonald leaving the shadow cabinet and Dame Louise Ellman returning to the party on the same day.

“He has resigned on a point of principle that workers should have decent pay,” Mr McDonnell posted on Twitter.

Jon Trickett, who had been the party’s national campaign coordinator under Mr Corbyn’s leadership, tweeted: “We need more working class MPs not fewer.

“There is now a chasm between the Labour Party and the communities we want to represent. It must change.”

“Labour has to be the party of working people not bosses,”said Mish Rahman, a member of Labour’s ruling National Executive Committee and Momentum’s National Coordinating Group.

“During the leadership election, it seemed like Starmer understood this – but this resignation proves he does not.”

“By asking a shadow minister to argue against a higher minimum wage and decent sick pay he has demonstrated just how put of touch he is with working people.”

Minutes after McMcDonald’s resignation was announced, an article by Mr Corbyn was published on the website of the i newspaper.

Mr Corbyn wrote that Labour’s leadership had, so far during the conference in Brighton, “shown they want to prop up, not challenge that wealth and power”.

In a tweet promoting his article, Mr Corbyn added: “All over the world people are thirsting for massive social change – we should be part of that global movement, not apart from it.

“If our leadership won’t champion that path, our movement must and will.”

Conservative Party co-chair Oliver Dowden said: “Labour are divided and fighting among themselves. Now they are even resigning during their own party conference!

“Labour’s conference gets more chaotic by the minute. How can people trust them to run the country?”