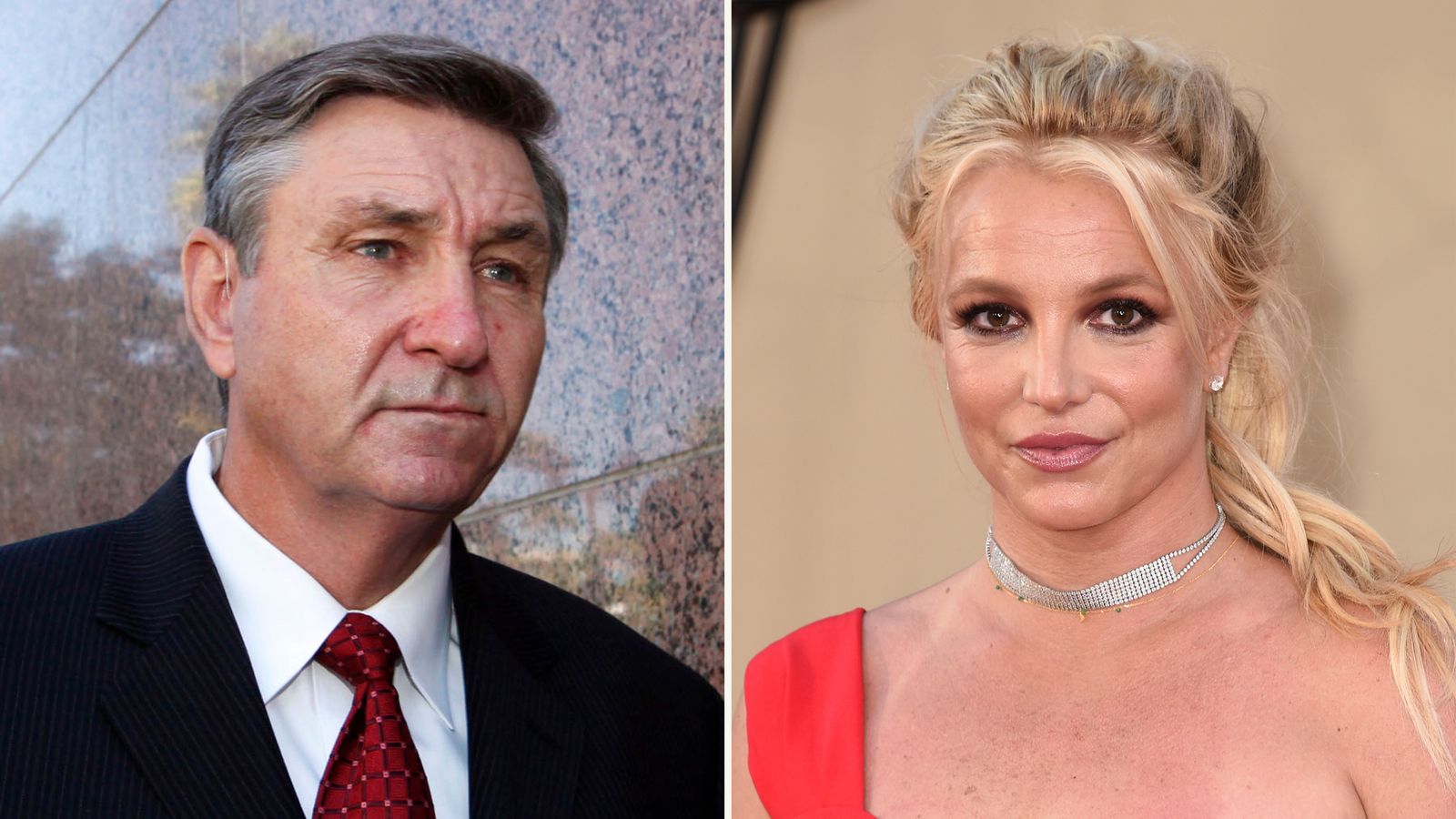 A judge is expected to decide today whether Jamie Spears should be removed from his controversial role running his superstar daughter Britney’s life.

The hearing at the Los Angeles Superior Court is a significant moment in the 13-year conservatorship arrangement that has controlled the financial and personal life of the millionaire singer.

It comes as new allegations have been made in a series of documentaries about Britney’s treatment by those involved in her care.

Earlier this month Jamie Spears unexpectedly filed to end the conservatorship, saying his daughter should be given back the control she wished to have of her life.

In June, she had phoned into a court hearing to make a dramatic and impassioned plea for an end to the arrangement, claiming she had been medicated against her will and denied the right to have children. In July, she told the court that her father was “ruining” her life.

Judge Brenda Penny will decide on the removal of Mr Spears and whether the process to terminate the conservatorship should begin. All parties have filed motions with the court expressing their support for the guardianship to be wound down.

A key issue is whether the judge rules that a medical evaluation of the singer is required before the conservatorship can be ended, something Miss Spears has resisted.

The star’s lawyer Mathew Rosengart has also pressed for an investigation into the conduct of those who have administered the conservatorship.

Those calls have been turbocharged by the allegations made in the new documentary, Controlling Britney Spears, that the star’s communications were monitored. The conservators and their security firm have denied the allegations.

Together with a new Netflix documentary, Britney vs Spears, new claims about her life under the conservatorship have re-energised the Free Britney movement which has campaigned on her behalf.

Today’s court hearing is expected to provide further vindication for their campaign. Free Britney activist Megan Radford said: “In January of this year we were still being called conspiracy theorists. I said the words ‘Free Britney’ for the first time in January 2009 so it’s been a long time coming.”

The campaign has also focused on the plight of others subject to conservatorships and it has now attracted attention in Washington. A new law named the FREE Act, which would give conservatees more rights, has been proposed by members of the House of Representatives.

At a hearing on Capitol Hill, Republican senator Ted Cruz said: “The Britney Spears conservatorship has brought to light real issues with conservatorship law that should shock every American.

“If the process can deprive someone like Miss Spears, someone with immense celebrity, immense wealth, immense material success, of her fundamental liberties, what chance does the average American have?”

Avis has new T&Cs for renting its EVs, and they’re a little weird
Some of Wall Street’s biggest names are exposed to the Adani Enterprises plunge
Trump kicks off 2024 White House bid – and says he’s ‘more committed than ever’
UK economy to fare worse than any country in developed world this year, IMF forecasts
CNN fact-checks McCarthy’s ‘highly misleading’ claims about Pelosi