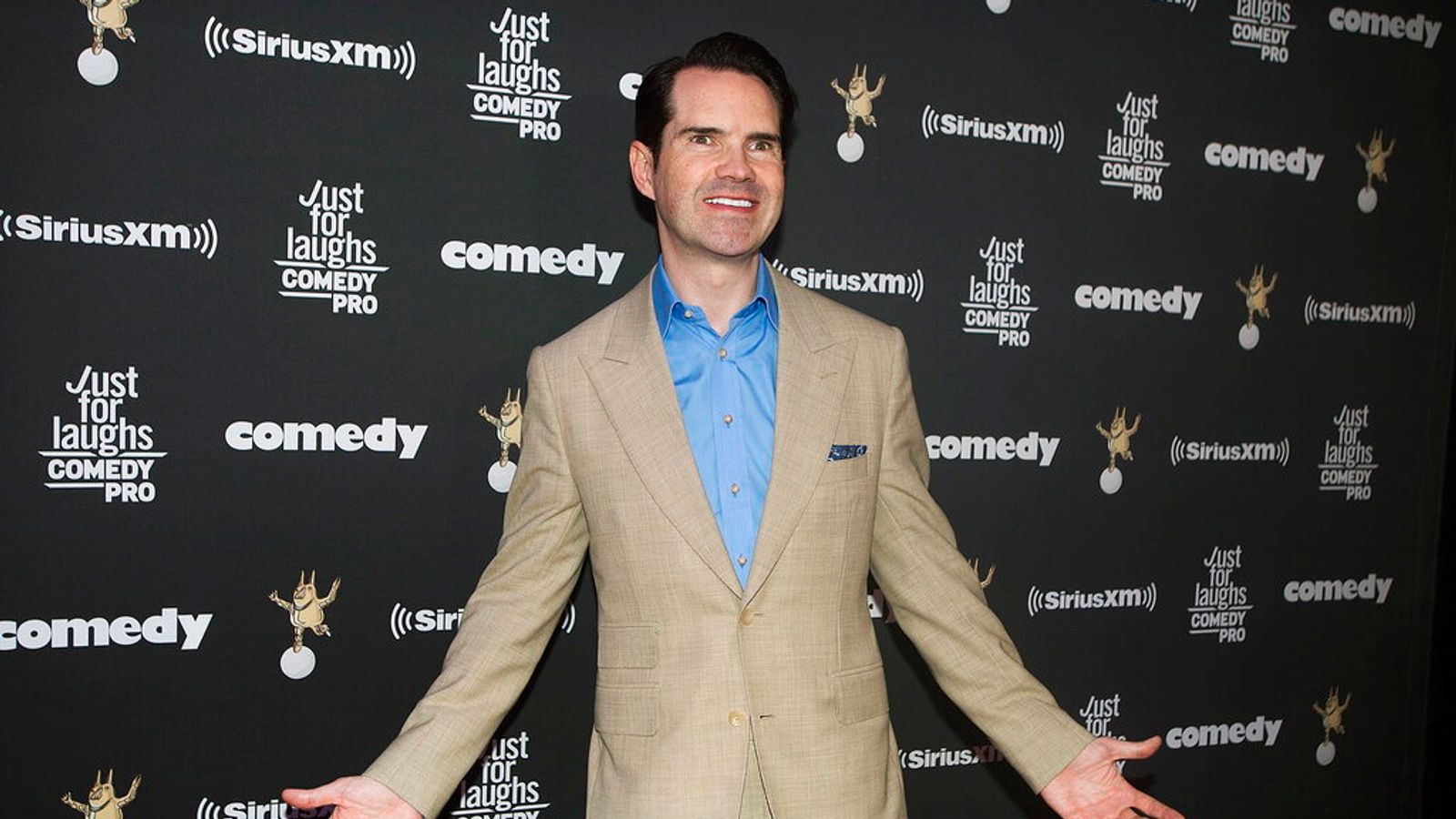 Comedian Jimmy Carr has said revisiting memories of the death of his mother during his 20s inspired him to write his autobiography.

Carr is releasing Before And Laughter, an autobiography and self-help book, which is also filled with his trademark one-liners.

The 49-year-old said the writing process had been cathartic, using his book to explore his decision to leave his corporate job at the age of 25 and try stand-up comedy.

It came about after being asked by fellow comedian Adam Kay, former doctor and author of This Is Going To Hurt, to take part in a fundraiser where people wrote about their experience of the NHS.

After writing about his mother’s death at St Thomas’ Hospital in London and his fondness of the NHS, a publisher asked if he would write a book.

“Life is normally quite frenetic, and you don’t remember things, and suddenly when you slow down, could be on a holiday, could be a global pandemic, but if you slow down, you kind of go ‘all right’, and you kind of make sense of the narrative of your life,” Carr said of his writing process.

“And you look back and you sort of see a) how lucky you are.

“And b) the self-help element of the book is me going ‘Look there’s nothing special about me, there was nothing preordained in me for fame and fortune, but I believed these things, and this is where I got to believing those things’.”

The 8 Out Of 10 Cats host added that self-help resources and therapy changed his life, saying: “I wanted to kind of share that because a lot of that stuff is very serious.”

Carr added: “So it’s nice to kind of go ‘Look there’s a lot of people that maybe wouldn’t read a self-help book but they would if (self-help author) Eckhart Tolle was better at d*** jokes’.”

He also talked about how comedy helped him process the death of his friend Sean Lock, who died earlier this year.

Carr said: “I had a bereavement recently, Sean Lock, my dear, beautiful, funny friend died, and I got sick, the grief really hits you physically.

“But to be able to laugh through that, to be able to watch old clips of him making me cry with laughter, the cathartic power of that.

“And I think in most families, most friendships, when someone dies, when something happens, when someone gets ill, if you can laugh through it, that’s when laughter has a real benefit because it releases endorphins and it makes it easier to cope.

“Sometimes life can be brutal, and it makes it kind of okay in that moment because you can’t be frightened and laugh at the same time.”

Confirming for what is thought to be the first time publicly that he has a child, Carr said he initially only intended to share his pandemic-project with his son.

He added: “It’s a little slice of me. It’s a nice thing to be able to say if I get hit by a bus, as my life flashes before my eyes, I can go, ‘Well, at least that’s covered’.”

Carr’s book, Before And Laughter, is out on Thursday.