In the chart below, we illustrate the past two years of new power plant capacity in the US, disaggregated by energy source on a quarterly basis. 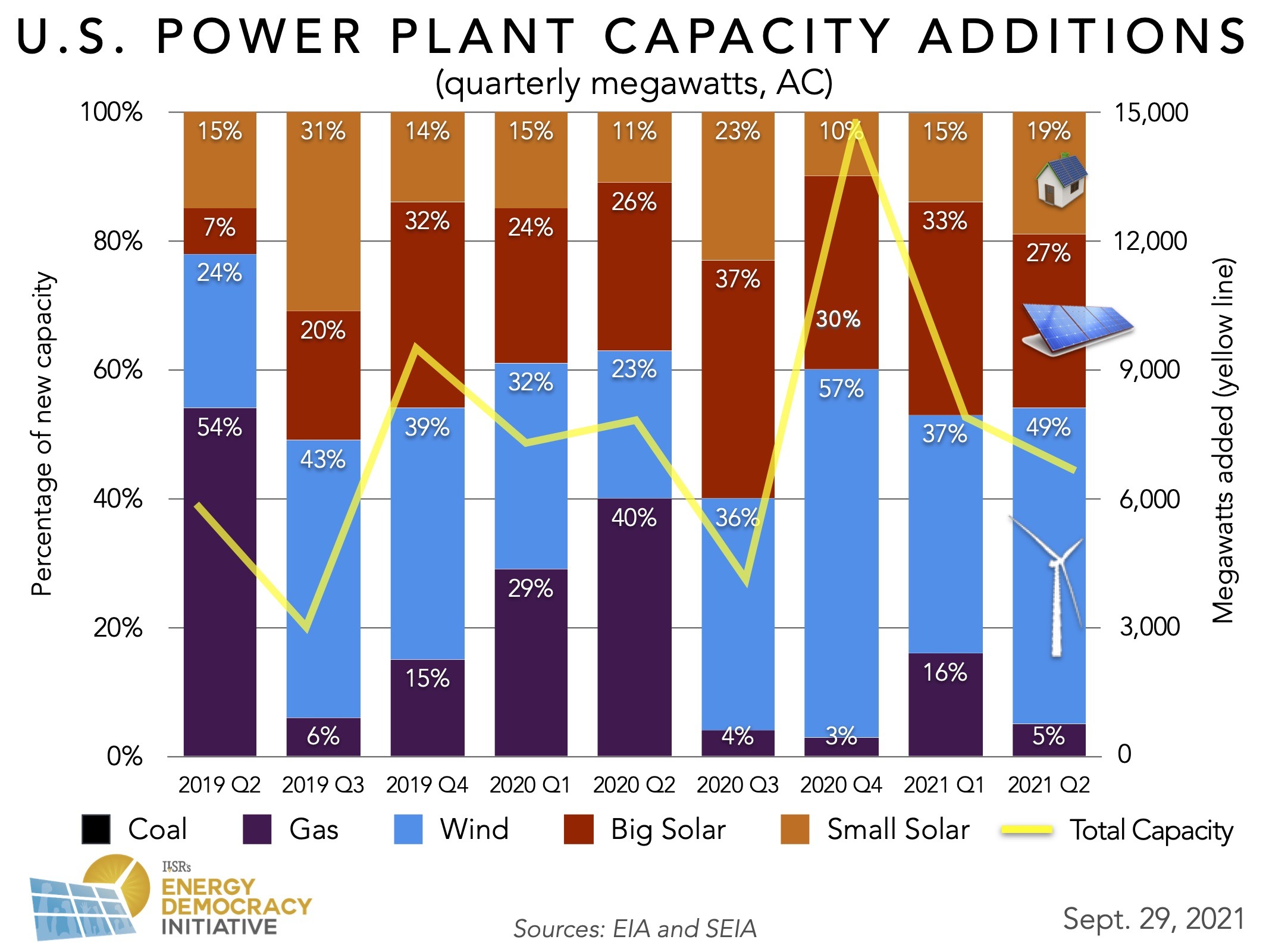 After contributing over 30% of quarterly new power generation capacity for the last three quarters, utility-scale solar has lost some steam. 1.8 gigawatts of utility-scale solar came online this quarter, compared to 2.6 gigawatts in the first quarter of 2021. The solar industry as a whole is facing some supply constraints, according to the Solar Energy Industries Association (SEIA) and Wood Mackenzie.

Find out how we can Get More Solar by Making Utilities Share Data.

Demand for Distributed Solar is Only Growing

Distributed solar had a strong showing in the second quarter of 2021, showing a slight edge over an already impressive first quarter. The 100 megawatt quarter-over-quarter increase in generation capacity growth can be attributed to increases in residential, commercial, and community solar.

According to SEIA and Wood Mackenzie, most residential solar was installed in California, Florida, or Texas. In California and Texas, the electric grid has shown itself vulnerable to failure or wildfire-induced shutoffs. Residents recovering from shut-offs and massive grid failures have every reason to find resilience through solar.

Distributed solar, especially when paired with storage, can provide great resilience to residential electric customers. See how installing solar with storage on Puerto Rico’s homes could power the island with 75% renewable energy by 2035 and provide resiliency for all.

The federal solar investment tax credit is not scheduled to step down into 2022, so 2021 may not see the same end of the year solar push as seen in previous years.

Gas Buildout Grinds to a Halt

Gas has contributed less than 10% of new generation capacity in 4 of the last 8 quarters. Given current trends toward higher gas prices, and proposed federal policy, it is unlikely that conventional fossil gas will ever be a majority of new power plant capacity again.

Interested in earlier trends and analysis of new power plant capacity? Check out our archive, illustrating how electricity generation has changed in previous quarters and years.

This article originally posted at ilsr.org. For timely updates, follow John Farrell on Twitter or get the Energy Democracy weekly update.