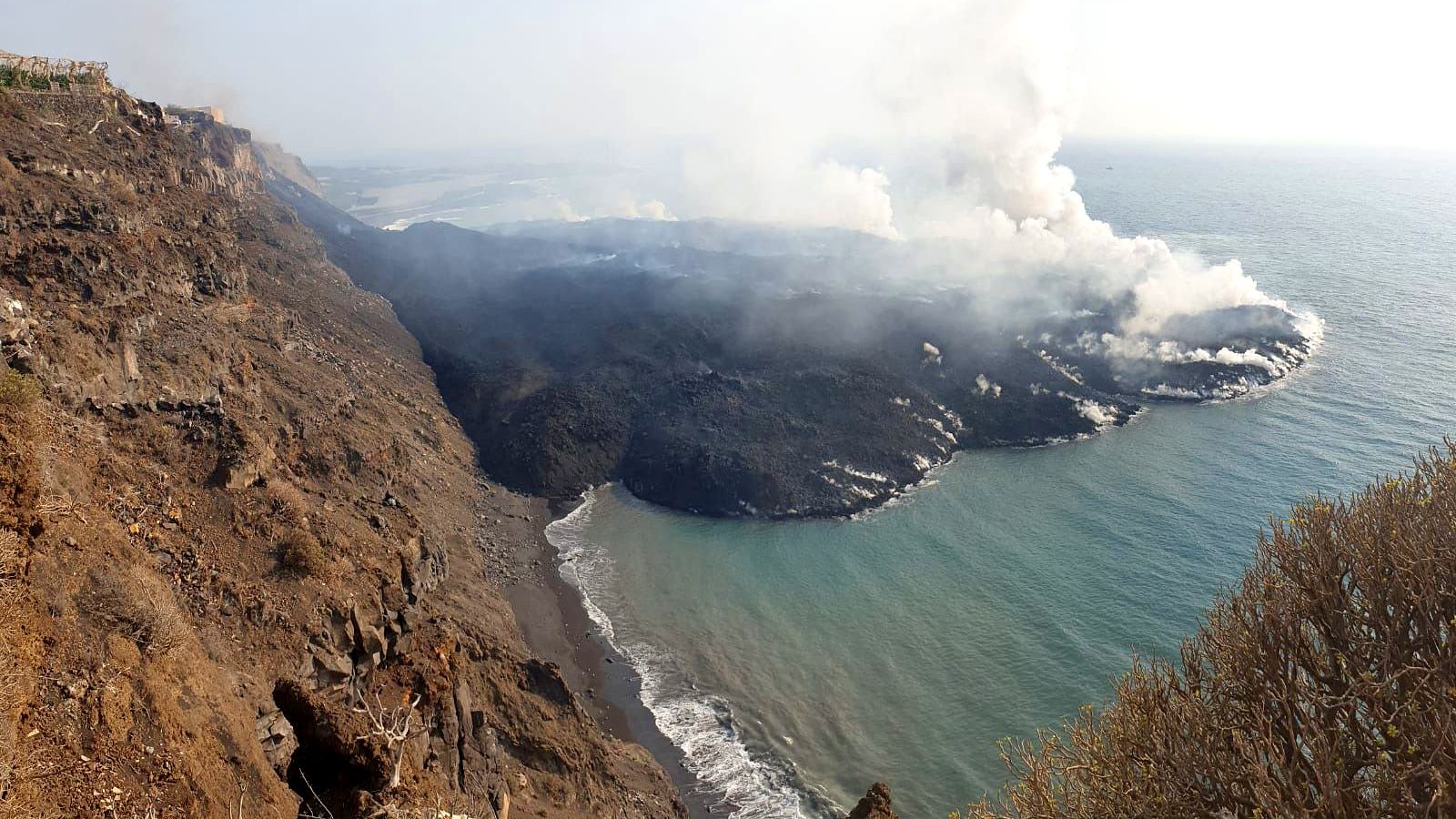 An erupting volcano in the Canary Islands has blown open a third fissure – sending a fresh river of lava down the mountainside.

It came as authorities recorded eight new earthquakes up to magnitude 3.5 on the island of La Palma on Friday.

They are now waiting to see whether lava from the new fissure – which burst open around 400m to the north of original eruption site – will join the main flow from the Cumbre Vieja volcano range, which has reached the Atlantic Ocean.

The Canaries Volcanology Institute described the latest opening as a new “focus of eruption”, and there were no immediate fresh evacuation orders from emergency services.

Residents living on the coast have been warned to stay indoors.

Scientists have warned of breathing difficulties and irritation to eyes and skin due to the chemical reaction caused by the lava reaching the sea.

Officials have been monitoring air quality along the shoreline where the molten rock meets the ocean amid concerns that it could create clouds of toxic hydrochloric acid vapour.

Sulphur dioxide levels in the area have risen but do not represent a health threat, La Palma’s government has said. 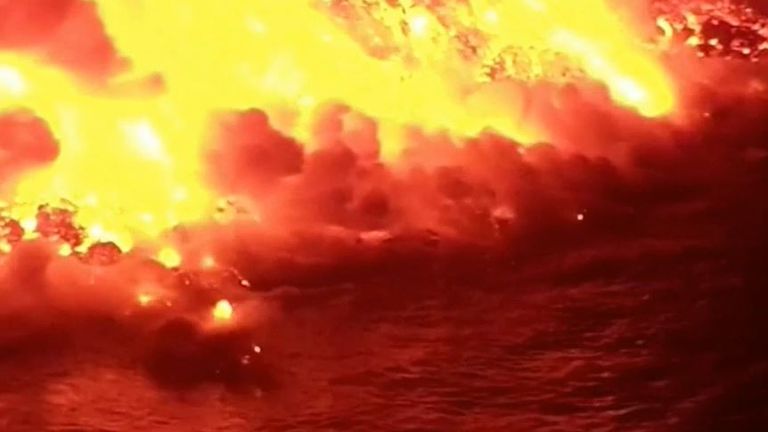 Following the eruption on 19 September, more than 6,000 people – including hundreds of tourists – had been evacuated, and three coastal villages locked down in anticipation of the lava meeting the sea.

No deaths or injuries have been reported. 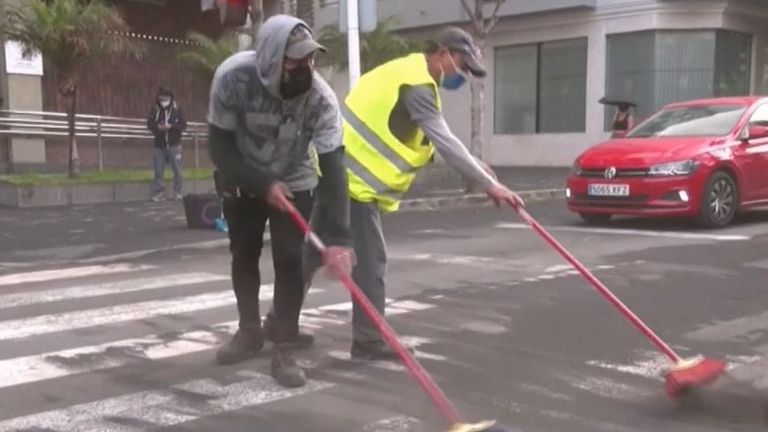 People on the island have been carrying umbrellas and wearing face masks and eye protection against heavy falls of volcanic ash which has blanketed streets.

About 100 properties had so far been destroyed by rivers of lava, with temporary shelters set up to house displaced residents.

Buildings as well as banana plantations, roads and other infrastructure have been lost too.

Eduardo Suarez, a volcanologist with Spain’s National Geographic Institute in Tenerife, said it was too early to tell if the new flow would endanger more homes.

Cumbre Vieja is part of a chain of volcanoes that last had a major eruption in 1971 and is one of the most active volcanic regions in the Canaries.

Previous eruptions have lasted weeks or even months.

Scientists have said current lava flows could last for the same amount of time.