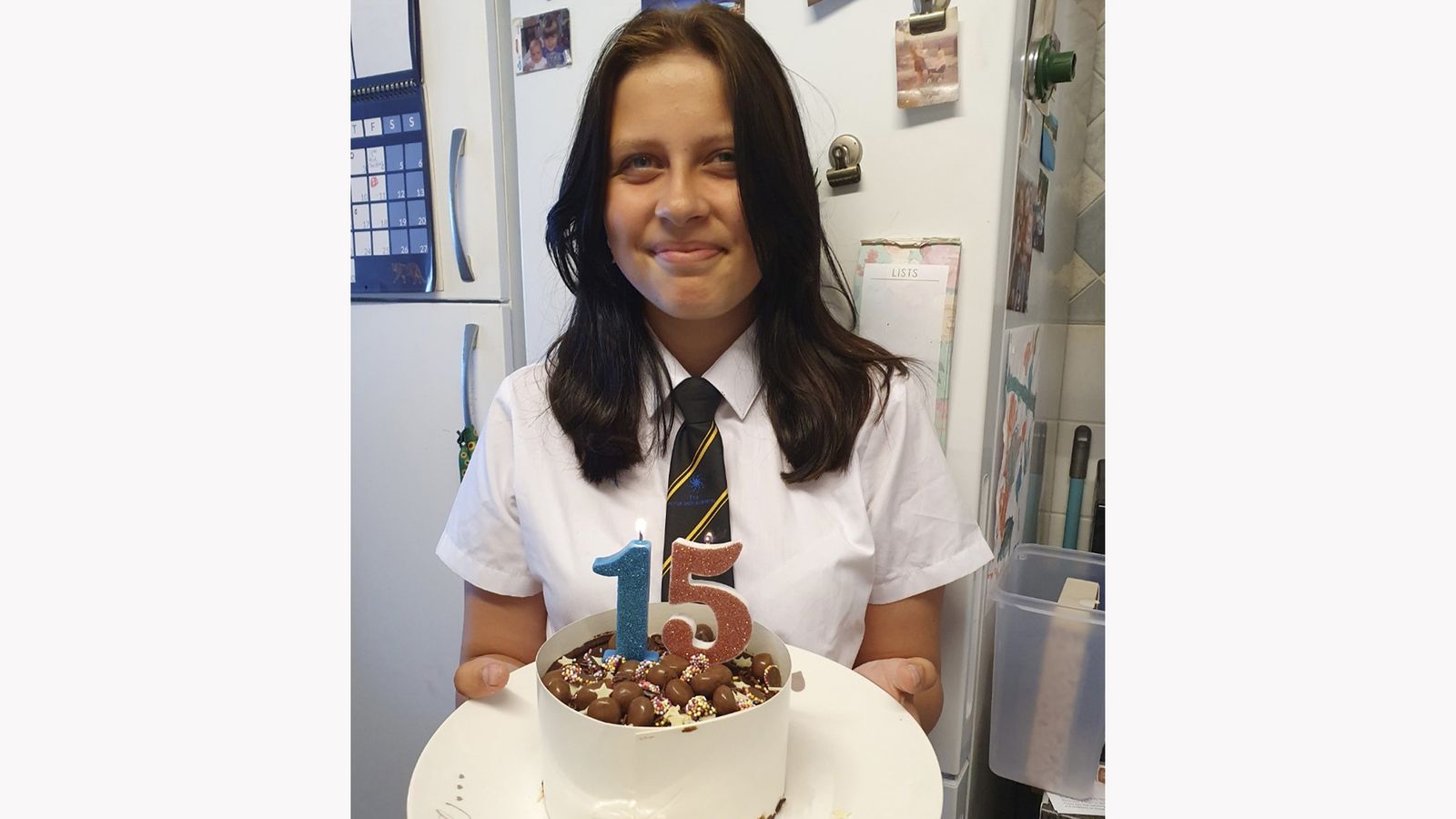 A mother has warned that anyone can die from COVID-19, even young people after her teenage daughter died just days after contracting the virus.

Jorja Halliday, 15, from Portsmouth, died at the Queen Alexandra Hospital on 28 September after she tested positive for the coronavirus four days earlier.

Her mother, Tracy Halliday, 40, said: “Some children are sort of a bit blasé about, the say ‘it’s not going to happen to me, I’m going to be fine’. I just want people to know that it can happen to anybody, at any age, at any time. Even if you’re young and healthy.”

Mrs Halliday described her daughter, who was studying her GCSEs at The Portsmouth Academy, as a “loving girl” and “beautiful young lady”, who was a talented kickboxer and aspiring musician.

“I’m still too shocked for words, I can’t actually comprehend what’s happened. It’s almost like I’m beyond belief, even though I was there with her, my mind’s still not believing it,” Mrs Halliday told Sky News.

“I want definite answers as to why this has happened to a young, healthy 15-year-old girl.

“It was hard, but I also understood they were doing their best they could to save her. It was heartbreaking to see and to witness but I never would have forgiven myself if I wasn’t there.

“Now I just want her to live on in our hearts, memories and minds forever.”

Jorja’s mother told Sky News that her daughter died from COVID myocarditis, which is inflammation of the heart caused by the virus.

She said: “One of the registrars at the hospital was saying to me they seem to be seeing it in teenagers around that age, that COVID symptoms are causing inflammation in the body.

“In Jorja’s case it turned into inflammation of the heart and that’s why when they put her on the ventilator her heart couldn’t take the strain.”

She said her daughter first developed flu-like symptoms before she underwent the PCR test which gave a positive result, leading to her isolating at their home.

Mrs Halliday added that she was struggling to eat on Sunday but by 27 September she could not eat at all due to her throat hurting and she contacted a doctor who prescribed antibiotics.

But when Jorja’s condition worsened, she was seen by a doctor who said her heart rate was double what it should be and she was taken to hospital.

Ms Halliday said that when the doctors realised how serious her daughter’s condition was, they allowed her to spend time with her in the hospital.

“They realised how serious it was and I was still allowed to touch her, hold her hand, hug her and everything else. I was with her the whole time,” she said.

Ms Halliday said that Jorja did not have any known underlying medical conditions and added: “She was going to have the jab on Tuesday.

“But because she tested positive on Saturday she was isolating. When her isolation period was over she was going to get it.