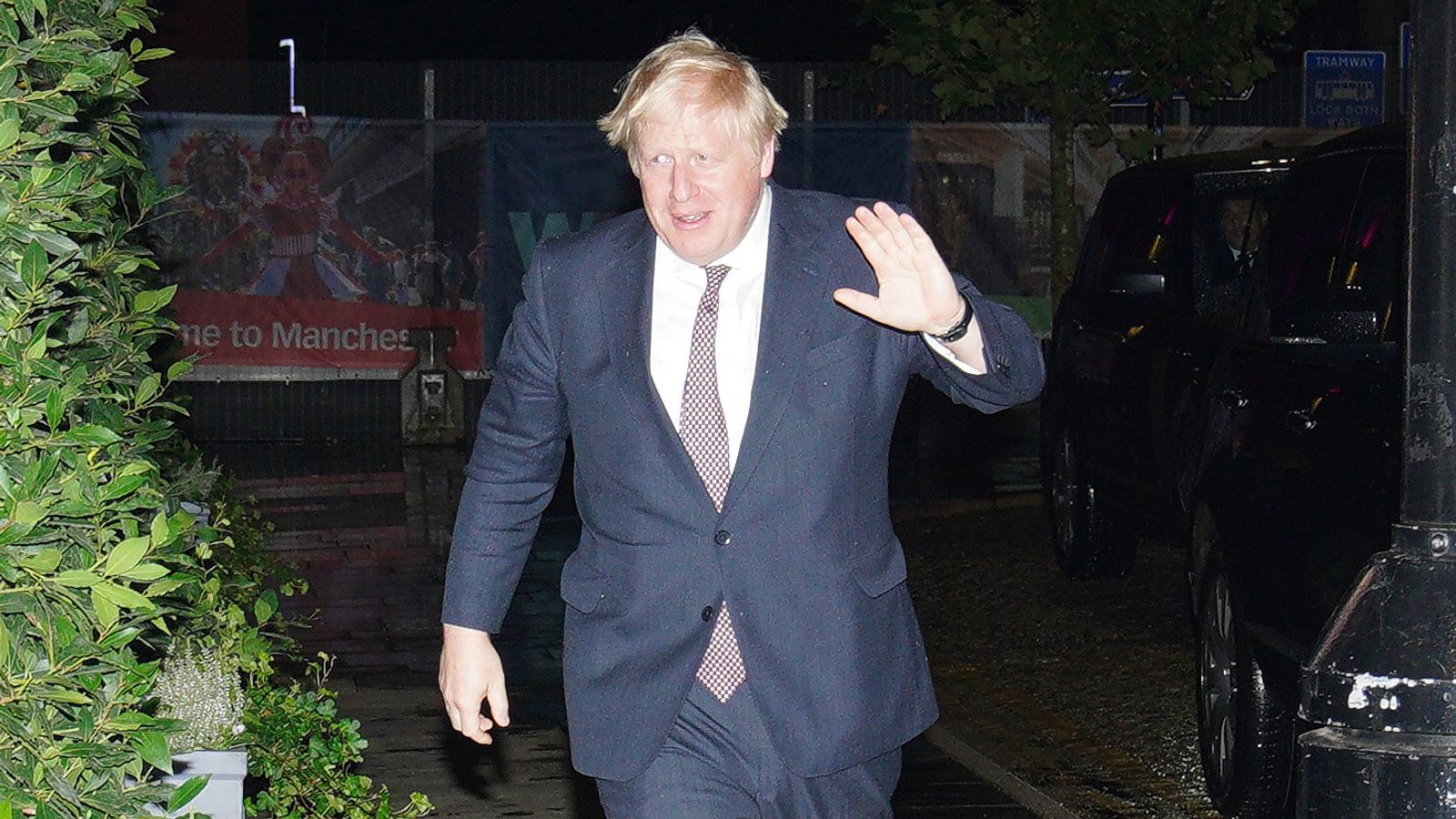 Boris Johnson has challenged Conservatives to take “big, bold decisions” as they gather for their party conference – but, ahead of the Manchester event, the prime minister is also being challenged over the fuel crisis, rising cost of living, supply issues and welfare cuts.

More than 10,000 delegates are expected to attend the Tory conference over the coming four days, which will begin today with addresses from new Foreign Secretary Liz Truss and Conservative Party chairman Oliver Dowden.

And, as Conservative Party members began arriving in Manchester, Mr Johnson championed the event’s “Build Back Better” slogan with a message that the UK’s recovery from the COVID crisis will not see a return to the “status quo ante”.

“Build Back Better means we want things to change and improve as we recover,” the prime minister said on the eve of the conference.

“Only the Conservatives are getting on with the job, tackling the long-term challenges this country faces.

“That means taking the big, bold decisions on the priorities people care about – like on social care, on supporting jobs, on climate change, tackling crime and levelling up.”

With the Tory conference coming little more than two weeks since Mr Johnson sacked a number of his top team during a cabinet reshuffle, Mr Johnson added his ministers are “getting on with the job, with a strong and united team – making the tough decisions, focused on what really matters to people”.

But the prime minister goes into the Conservative conference – at which he will make the keynote address on Wednesday – with warnings of a looming “winter of discontent” due to the current fuel crisis, supply shortages, rising energy bills, welfare cuts and higher inflation.

Mr Johnson is also facing the likelihood of increased pressures on the NHS – due to COVID and other seasonal viruses – as the weather turns colder.

The Joseph Rowntree Foundation accused Mr Johnson of “abandoning millions to hunger and hardship with his eyes wide open” by pushing ahead with a £20 a week cut to Universal Credit.

The uplift to welfare payments, which was brought in at the start of the coronavirus pandemic, is due to officially end on Wednesday – the same day as Mr Johnson delivers his keynote conference speech.

Meanwhile, Labour are increasing the pressure on ministers over the fuel crisis that has seen petrol stations run dry across the country.

Sir Keir Starmer’s party has challenged the government to recall parliament from its conference recess, stating they have received advice that it is necessary to do so in order to enact ministers’ plans to issue thousands of temporary visas to HGV drivers. 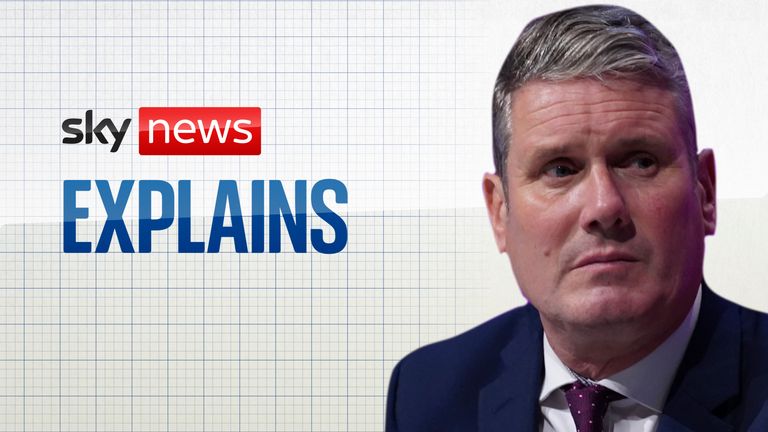 And the SNP’s Westminster leader, Ian Blackford, has called on Mr Johnson to open the Tory conference with an apology “to the millions of families who will be poorer and worse off as a direct result of Tory cuts, tax hikes and the growing cost of Brexit”.

Despite the challenges likely to face Mr Johnson this winter, there are signs the prime minister does not yet seem to be suffering politically.

An Opinium poll published on Saturday night showed the Conservatives had slightly increased their lead over Labour and are now on 39% (-1%), while Sir Keir’s party are on 35% (-2%) of the vote share.

But the poll also revealed that over two-thirds (69%) think the government has responded badly to the HGV driver shortage, including over half (52%) of 2019 Conservative voters

Adam Drummond, head of political polling at Opinium, said: “This week saw a successful conference speech for Sir Keir Starmer and another bad week of headlines for the government.

“Yet, the early data from after the conference, with most of the fieldwork taking place immediately after the Labour leader’s speech last Wednesday, saw the Conservatives retain a narrow lead and Sir Keir’s approval ratings hold stubbornly in negative territory.

“This is despite a crisis that voters both directly blame the government for handling poorly and also blame its flagship policy of Brexit for contributing to.

“It appears Labour has yet to demonstrate that it would be an improvement on the current government, despite its flaws.”

NASA rover discovery reveals there may have been life on Mars
Broke and down to one credit card: Former FTX CEO Sam Bankman-Fried claims he committed no fraud
Boy, 10, ‘shot mother dead after she refused to buy him VR headset’
What’s the status of California’s upcoming $10M electric bike rebate program?
What’s the significance of China’s anti-lockdown protests?