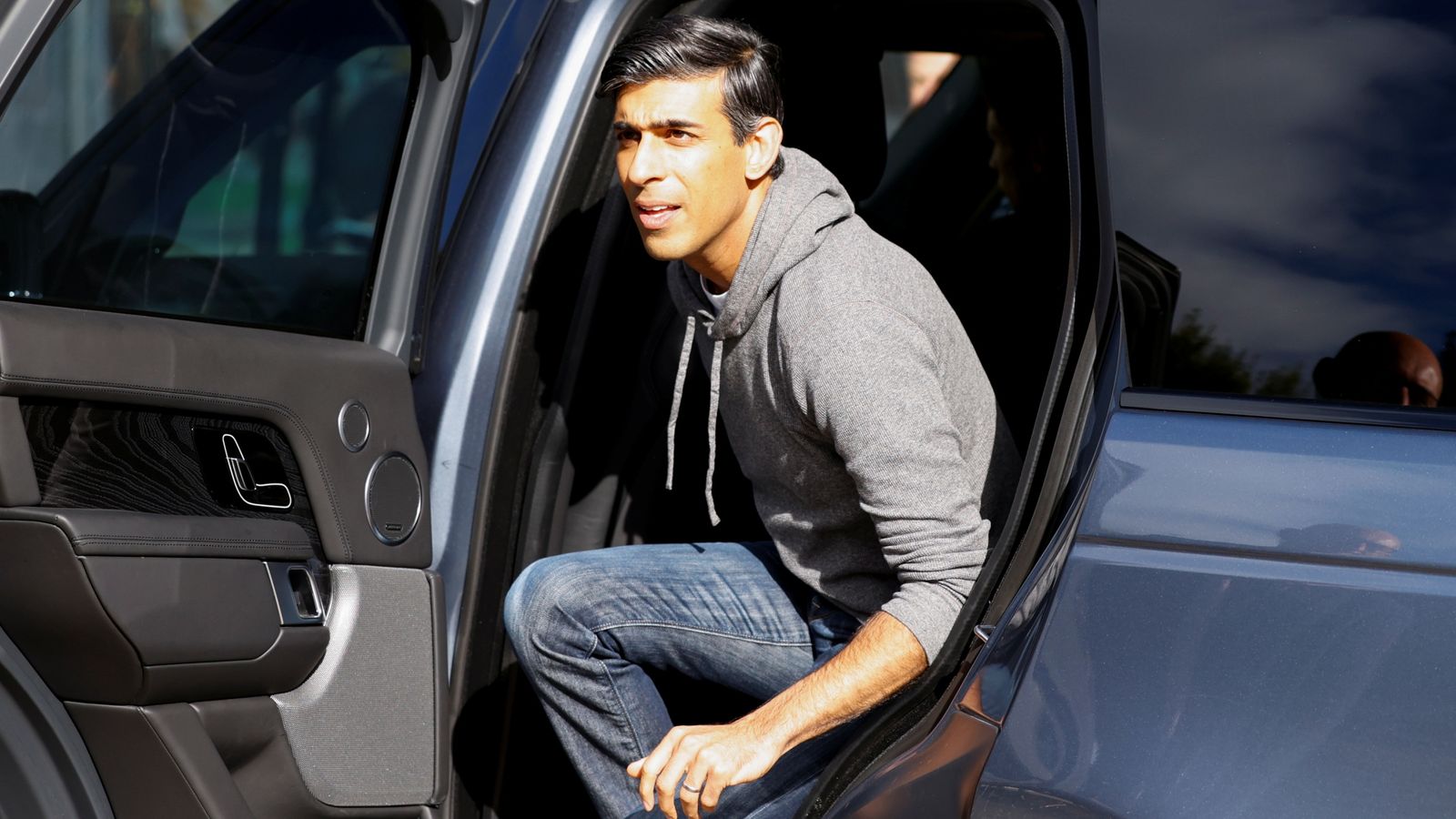 Chancellor Rishi Sunak is set to announce a £500m expansion of government action to tackle unemployment and support job seekers following the end of the furlough scheme.

In a speech at the Conservative Party conference in Manchester on Monday, Mr Sunak will outline fresh funding for schemes designed to increase the chances of employment for those looking for work.

The chancellor will hail the success of his “Plan for Jobs” during the COVID pandemic, including the now-ended furlough scheme that supported the wages of 11.6 million workers.

And Mr Sunak will also use his address to Tory members to set out his vision for a “future economy shaped by the forces of science, technology and imagination”.

“With enhanced infrastructure and improved skills we are going to make this country not just a scientific superpower, not just the best place in the world to do business, I believe we’re going to make the United Kingdom the most exciting place on the planet,” he will say.

Ahead of his speech, Mr Sunak said he was ready to “double down” on his promise to “do whatever it takes” in the face of the coronavirus crisis.

“The job is not done yet and I want to make sure our economy is fit for the future and that means providing the support and skills people need to get into work and get on in life,” he added.

According to latest figures, the number of employees on UK payrolls has now recovered to pre-pandemic levels.

And the overall UK unemployment rate – from May to July – was estimated to have fallen back again to 4.6% from 4.7% a month earlier, having topped 5% earlier in the COVID crisis.

However, there have been fears that the official ending of the furlough scheme last week could see unemployment rise once more.

Within the chancellor’s new £500m package of support is an extension of the Kickstart scheme – which provides funding to create new jobs for 16 to 24-year-olds at risk of long-term unemployment – until the end of March.

Mr Sunak is also extending a Job Entry Targeted Support (JETS) scheme – for those who have been unemployed for more than three months – by another year; and he is extending a Youth Offer of guaranteed support for all young people on Universal Credit until the end of 2025.

The package will also include a new offer for those aged over 50, with better access to information and guidance on planning for later life for those in work, and more intensive, tailored support for those who have lost their jobs.

Matthew Fell, chief policy director at the Confederation of British Industry, welcomed the chancellor’s plans for “pivoting from furlough to economic recovery”.

But he warned the success of Mr Sunak’s new package would be “measured by its ability to get people back into work”.

Labour’s shadow work and pensions secretary, Jonathan Reynolds, claimed the action would “do nothing to compensate for the chancellor’s tax rises, cost of living crisis and cuts to Universal Credit which are set to hammer millions of working families”.

“The government’s struggling ‘Plan for Jobs’ has failed to hit its original targets; it is not creating the number of jobs needed and has failed to address the supply chain crisis Britain is experiencing,” he said.

And, ahead of Mr Sunak’s conference speech, SNP shadow chancellor Alison Thewliss claimed the UK was “facing a Tory-made cost of living crisis”.

“Rather than pandering to the Tory faithful, Rishi Sunak must take urgent steps to boost household incomes and reverse rising levels of poverty in the UK,” she said.

“He must ditch the callous cuts to the Universal Credit uplift and use the upcoming Budget to introduce a meaningful package of support to secure a fair and equal recovery from the pandemic.”

Prior to the chancellor’s speech on Monday, Brexit minister Lord Frost will kick off proceedings on the main conference stage in Manchester with a speech in which he will hail how the “long bad dream of our EU membership is over”.

The Tory peer will say a “British Renaissance has begun” as he highlights the government’s work in reviewing all EU law that was retained by the UK after Brexit.

Watch Obama crack himself up
Norway’s gigantic sovereign wealth fund loses a record $164 billion, citing ‘very unusual’ year
Haiti is falling apart and there is no safety net – the perverse reality is that gangs have filled the gap
Labour reports Boris Johnson to parliament’s standards watchdog
‘Stop playing games’: Union takes aim at PM with thousands of ambulance workers to strike over pay