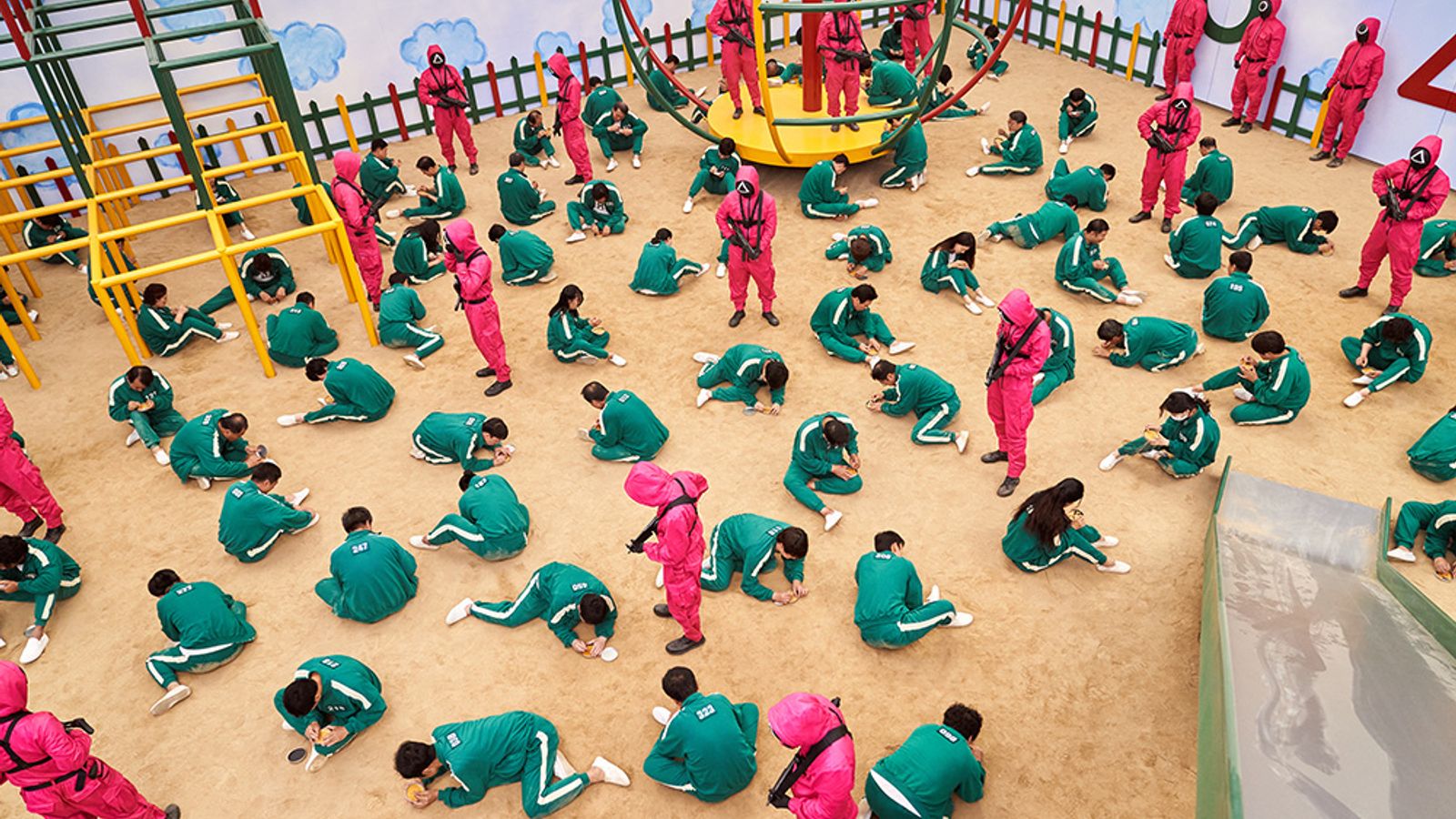 Squid Game has become one of 2021’s unexpected streaming hits.

Quietly appearing on Netflix with little fanfare last month, it is now on track to be the streamer’s most watched show ever – overtaking the likes of The Crown and Bridgerton.

It has taken the number one spot in 90 countries within 10 days of release.

The show, which is set in South Korea, sees people who are heavily in debt invited to play a series of games which could see them scoop 45.6bn won (around £28m).

Contestants have to beat 455 other people to win the money while playing children’s games such as Red Light, Green Light – but the catch is if you lose, you die.

The director of the show, Hwang Dong-hyuk, says he never expected the show to have the “fever” it has received.

He said: “We did target a global audience from the start, but this fever wasn’t anything I had expected. I mean, who could have?”

The brutal drama has been compared to other shows such as Black Mirror and The Hunger Games – but Hwang says that his idea was not influenced by these projects, and that he developed the idea in 2008.

“When I first came up with the ideas in 2008, I was into the Japanese survival comics – Battle Royale; Liar Game: Reborn; Gambling Apocalypse: Kaiji; to name a few,” he said.

“As I read on, I thought about making the survival genre in Korea. The Japanese game-based comics focused more on the games than its characters. While the games were elaborate and complex, the players were less carefully treated.

“I wanted contrarily to show more of the characters playing simple games. I have watched The Hunger Games and Black Mirror, which did not affect me for this work.

“I have not watched As The Gods Will. Only later, when I heard that the first game was the same, I looked up that particular scene.”

Hwang has previously talked about wanting to make the show “distinctly Korean”, saying: “I believe that the characters, their stories and the problems they confront not only reflect the reality and the issues of South Korean society but also those of my own.”

“The games and how the players play and react in them is what I used to do with my friends in my childhood. This work contains everything from my 50 years of life – memories, experiences, families and friends; all the characters’ names come from my friends, including Seong Gi-hun (played by Lee Jung-jae).

“Thus, this work is personal and Korean.

“But I was certain that, at the same time, they are similar experiences, memories and feelings that everyone around the world can share. We have all once indulged ourselves in the games and now, all grown up, we are growing weary from the big game of survival.”