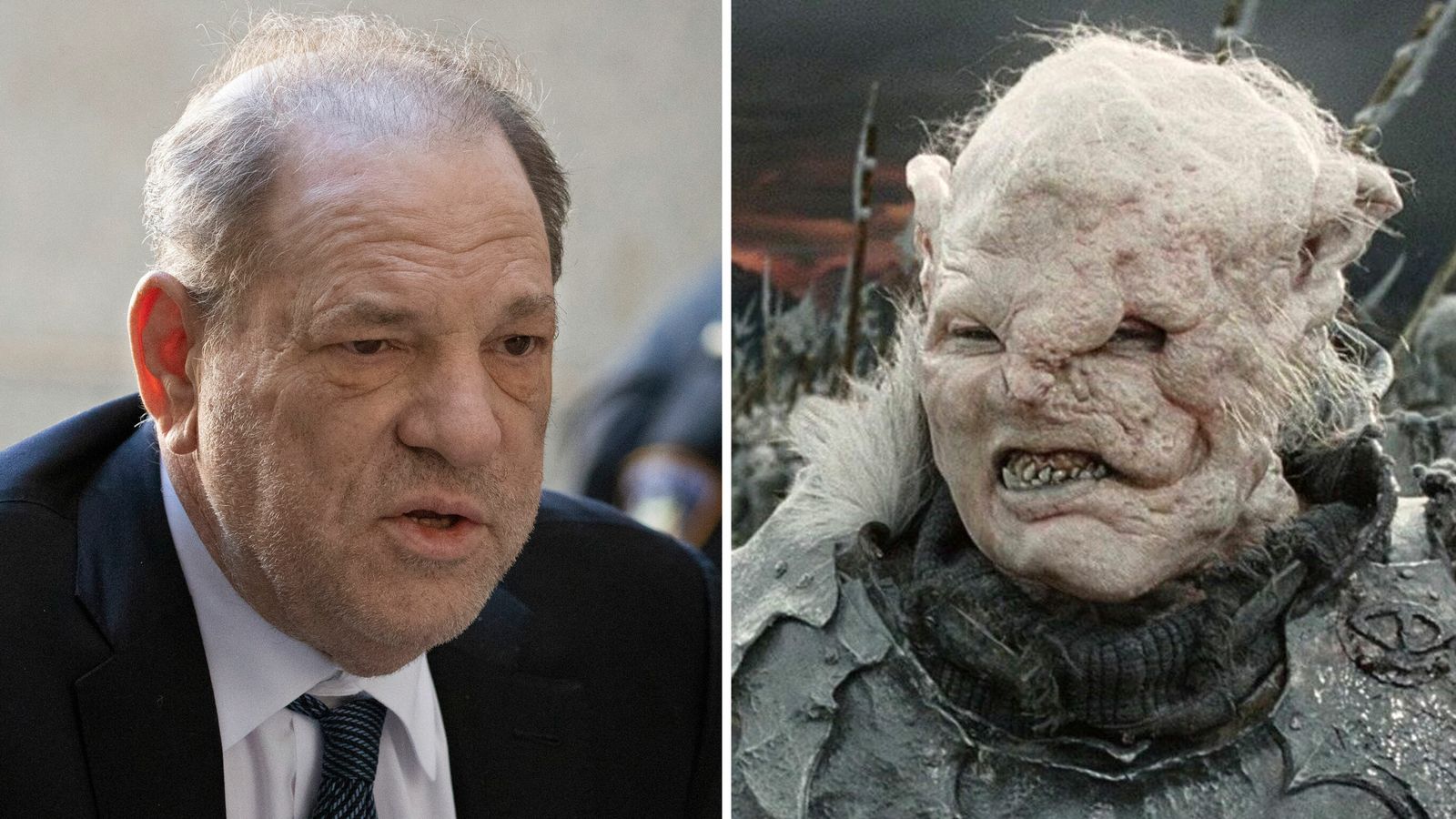 Superstar director Peter Jackson’s tussle with shamed Hollywood mogul Harvey Weinstein over how the Lord Of The Rings films should be made is part of movie-production folklore.

The films were due to made under Weinstein’s Miramax brand, but he told Jackson he would not be allowed to make three films – based on J R R Tolkein’s trilogy – so the director upped and left to New Line Cinema, which helped turn the franchise into one of the biggest in movie history.

Talking to the Armchair Expert podcast Elijah Wood, who played Frodo in the films, said that Weinstein, who has been imprisoned after being found guilty of a number of sex crimes and is facing trial over more, was then used as inspiration as one of the trilogy’s villains – an orc.

“This was recently spoken about because Dom [Monaghan] and Bill [Boyd], (who played hobbits Merry and Pippin) were talking to Sean Astin (who played Sam) about his first memory of getting to New Zealand.

“He had seen these orc masks, and one of the orc masks – and I remember this vividly – was designed to look like Harvey Weinstein as a sort of a f*** you.”

Orcs form the bulk of the evil armies battling against the forces of good in the Lord of the Rings, with some being made up to look disfigured as part of the fantasy lore.

It is believed among some fans that the orc in question that was designed to look like Weinstein was Gothmog, who led the army of Dark Lord Sauron in the final film, Return Of The King.

Weinstein, who is in prison after he was found guilty of rape and sexual assault in New York last year, is due to face further charges in Los Angeles (which he denies) which could add another 140 years on to his sentence if convicted.

Jackson has previously spoken out about Weinstein’s behaviour towards him while trying make Lord Of The Rings, describing him as a “real bully”.

Lord Of The Rings, which is widely considered to be some of the greatest films of all time, made $2.92bn at the global box office, putting it in the top 10 highest grossing franchises of all time behind the likes of Harry Potter, Star Wars and the Marvel Cinematic Universe.

‘Coming very soon!’: Jeremy Renner shares image of new show which will be out ‘as soon as I’m back on my feet’
Ukraine War: Divisive choice to send Leopard 2 tanks to Ukraine
Strong earthquake hits Turkey, killing at least 10 – and felt elsewhere in the Middle East
Tech stocks just finished a five-week rally — the longest stretch since market peak in November 2021
Chinese spy balloon flying over US airspace, says Pentagon