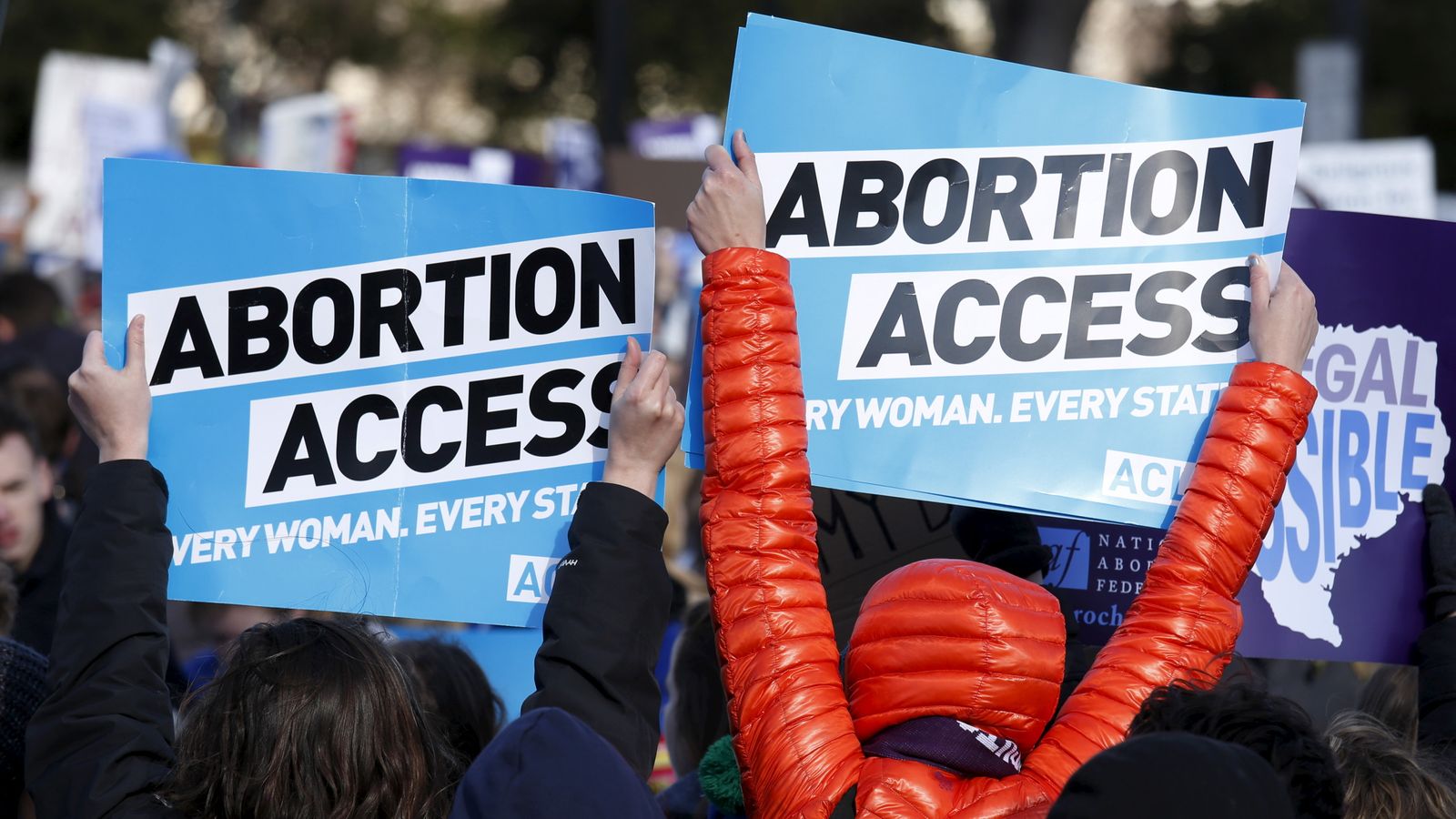 A federal judge in Texas has temporarily blocked the enforcement of a near total ban on abortion in the state, calling the law “flagrantly unconstitutional”.

Senate Bill 8 has been dubbed the “Heartbeat Bill” because it bans abortion once cardiac activity in a embryo can be detected on an ultrasound scan, often as early as six weeks into a pregnancy and often before a woman knows she is pregnant.

It has reframed national debate about whether abortion will remain legal and been widely condemned by women’s rights activists who say it is sweeping away decades of progress.

In a 113-page ruling, Judge Robert Pitman sided with them and the Biden administration which sued Texas in a bid to immediately halt enforcement of the law. He took exception to what he called an “unprecedented and aggressive scheme” to deprive women of their right to choose.

The law, which came into effect last month, has been particularly controversial because of the peculiar way it was enforced, deputising private citizens to take legal action against abortion providers and even taxi drivers taking women to appointments, incentivising them to bring lawsuits which could result in a $10,000 payday if successful.

“From the moment S.B. 8 went into effect, women have been unlawfully prevented from exercising control over their lives in ways that are protected by the Constitution,” Pitman wrote. “That other courts may find a way to avoid this conclusion is theirs to decide; this Court will not sanction one more day of this offensive deprivation of such an important right.”

Whole Woman’s Health, a leading abortion clinic in Texas, welcomed the ruling and said they are making plans to resume abortion care up to 18 weeks as soon as possible.

A spokesperson said: “We breathe a deep sigh of relief. This is the justice we have been seeking for weeks and we are grateful that the court has finally stepped in to curb some of the harm Texans have faced.”

This is a hugely significant victory for those who have fought for a woman’s right to access abortion services in Texas. It could also have national implications because some states were considering using the Texas bill as a blueprint for their own restrictive abortion laws.

But what it will mean in the real world is uncertain, with many abortion providers confused about how long this ruling will stand. The state of Texas has already appealed the judgement to another court, the 5th circuit court of appeals, which could issue a stay of the district judge’s order, allowing the law to remain in effect while litigation proceeds.

The US Supreme Court had previously declined to intervene on the ‘Heartbeat Bill’, despite receiving applications to do so from pro-choice and women’s groups.

In December it will consider a case from Mississippi restricting abortion after 15 weeks. The judgement could overturn the landmark Roe v Wade 1973 ruling which legalised abortion nationwide.