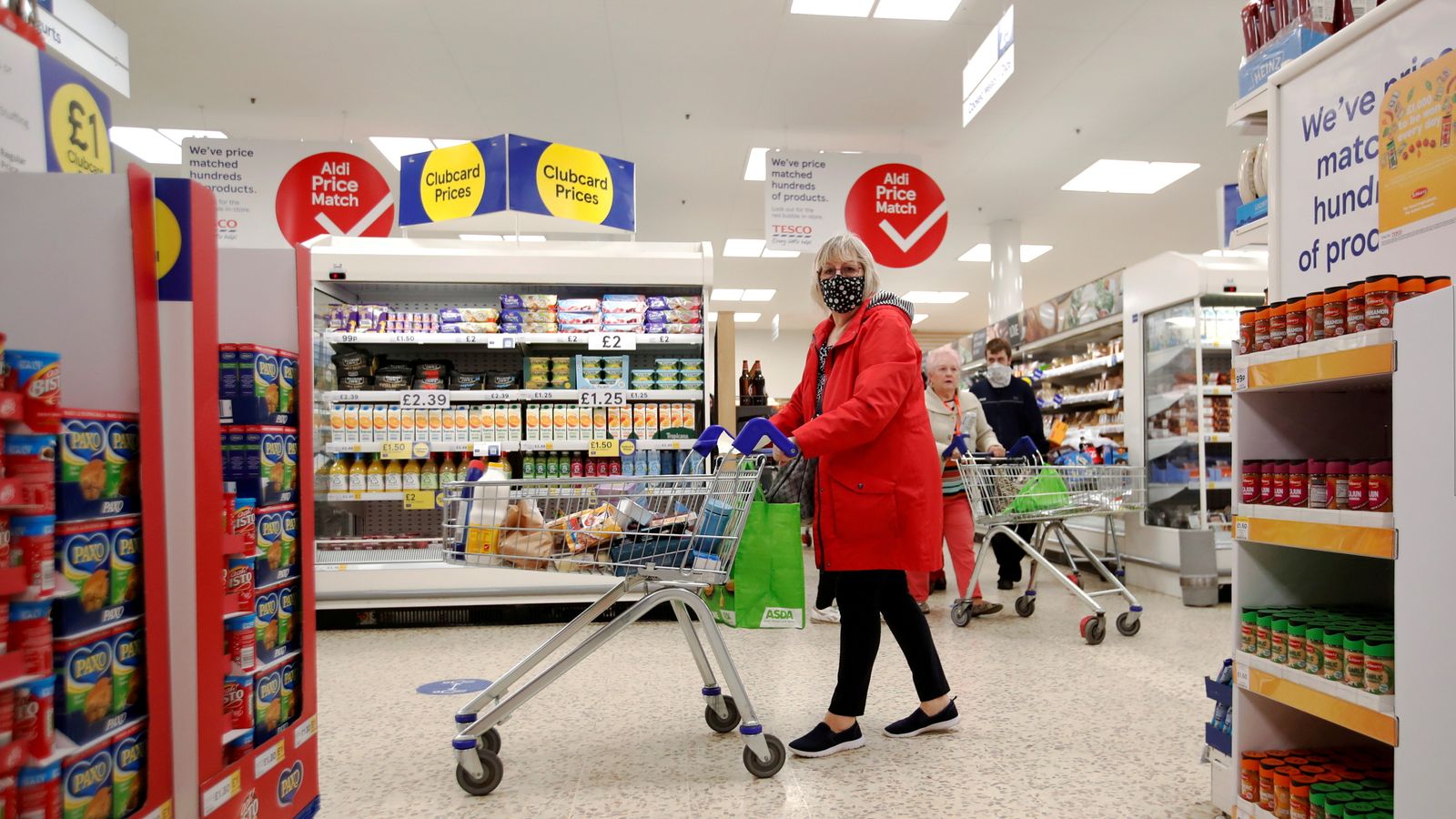 Boris Johnson has appointed the former boss of Tesco as an expert supply chain adviser.

Sir David Lewis, former chief executive of the supermarket giant, will assist both the prime minister and newly appointed Chancellor of the Duchy of Lancaster Stephen Barclay on both immediate improvements and any necessary long-term changes to UK supply chains for goods, Downing Street said.

Sir David will be in the role until the end of the year and will work with government officials to quickly resolve acute, short-term issues, they added.

He will also co-chair a new supply chain advisory group which will be based in the Cabinet Office.

The announcement comes as data revealed around one in six adults in Britain have been unable to buy essential food items in the last fortnight.

According to the Office for National Statistics (ONS), some 17% of adults said they had not been able to purchase such goods because they were not available.

Almost a quarter (23%) said the same for non-essential food items.

In a statement on Friday, Downing Street said: “This includes both identifying the causes of current blockages and pre-empting potential future ones, and advising on resolutions either through direct government action or through industry with government support.”

The prime minister added he is “pleased” that Sir David is joining the team who have been “working on future-proofing our supply chains across the United Kingdom as we recover from the pandemic”.

“There are currently global supply issues which we are working with industry to mitigate and Dave brings a wealth of experience which will help us continue to protect our businesses and supply chains,” the PM said.

Sir David, who stepped down from the his role at Tesco in September last year, will take up his new position on Monday.

No 10 said businesses have faced “a range of challenges” over recent months “as they recover from the global pandemic which has impacted supply chains across Europe and around the world”.

“The government has acted quickly to introduce a series of measures to relieve pressure on vital supply chains, including by streamlining the testing process for HGV drivers, creating skills boot camps to train up HGV drivers, as well as introducing short-term visas for fuel drivers, food haulage drivers and poultry workers to ease pressures facing these supply chains,” they added.

Speaking to Sky News earlier on Friday, Transport Secretary Grant Shapps said “we’re right at the tail end” of the situation with fuel supply pressures, following weeks of individuals having to queue to refuel at stations.

Mr Shapps said in “most parts of the country” problems have ended, and that London and the South East are the only two areas “where we’re seeing any continued problems”.

Sky News understands that, as of 9am on Friday, places in the government’s ‘green’ category with average stock levels of fuel include: Scotland, Northern Ireland, North West, North East, Yorkshire and Humber, West Midlands, East Midlands, Wales and the South West.

Eastern and South East areas of England alongside London are in the amber category, with reduced stock levels. No areas are in the red zone.