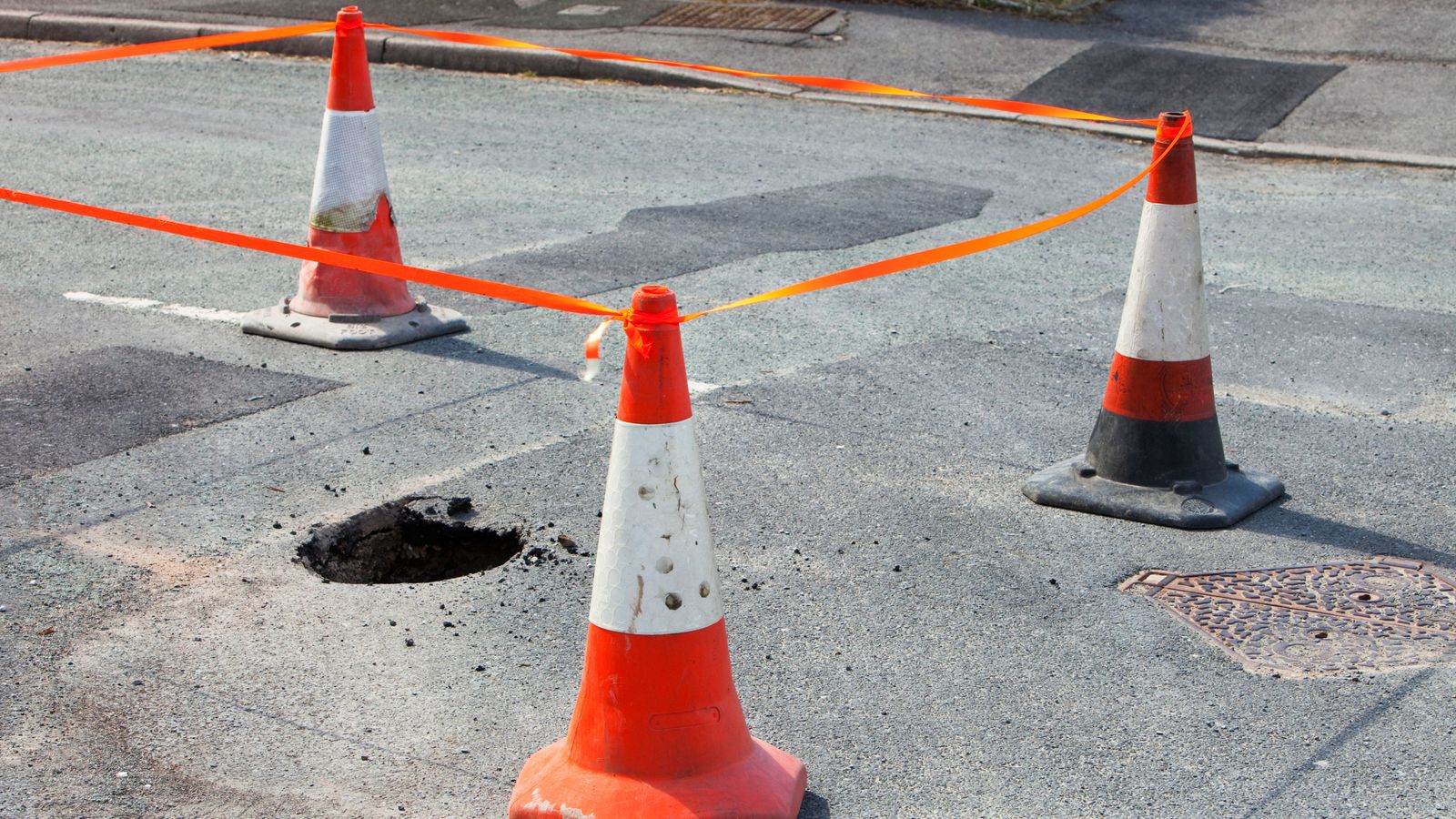 Funding for more than 9.5 million pothole repairs this year has been cut from council budgets, new analysis has found.

The Local Government Association (LGA) said overall capital funding from the Department for Transport to councils in England for local road maintenance in 2021/22 is £1.39bn, down from £1.78bn the previous year.

That £399m reduction – £1.2m per council – could have paid for tens of thousands of potholes to be fixed in every local council area, based on repairs costing an average of nearly £42, the LGA calculated.

In the Conservatives’ 2019 manifesto, Boris Johnson promised £2bn “for the biggest ever pothole-filling programme”.

The LGA is urging the Treasury to use the upcoming spending review, which concludes on 27 October, to plug the “£400m gap” and commit to giving councils £500m more per year for road repairs.

David Renard, LGA’s transport spokesman, said: “Councils are working hard to keep our roads safe and resilient, repairing potholes as quickly as they can.

“However, it would already take £10bn and more than a decade to clear the current local roads repair backlog, with the COVID-19 pandemic and subsequent cancellation of key planned works risking extending this backlog further.

“With long-term and consistent investment in local road maintenance in the spending review, councils can embark on the widespread improvement of our roads that is desperately needed, to the benefit of all road users up and down the country, including cyclists.”

Jack Cousens, head of roads policy for the AA, said: “Arguably the local road network is the largest and most important asset councils own, yet the lack of investment over numerous years puts drivers at risk of damaging their vehicle, but those on two wheels are at much greater personal danger.

“Emergency road repair funds of recent years have been targeted at main roads rather than residential and rural ones.

“These are the ones that vulnerable road users, such as cyclists, use the most.

“Pandemic lockdowns and cars parked outside homes got in the way of resurfacing schedules, but now it’s time to catch up.”

Broke and down to one credit card: Former FTX CEO Sam Bankman-Fried claims he committed no fraud
Energy support scheme cash potentially at risk as gas boss warns more suppliers could go bust
Jennifer Lopez says romance with Ben Affleck has a ‘would-never-happen-in-Hollywood ending’
Gunman pleads guilty to murder and hate-motivated terror charges after supermarket shooting
How Google’s Waze has changed from its early days as car travel is remade