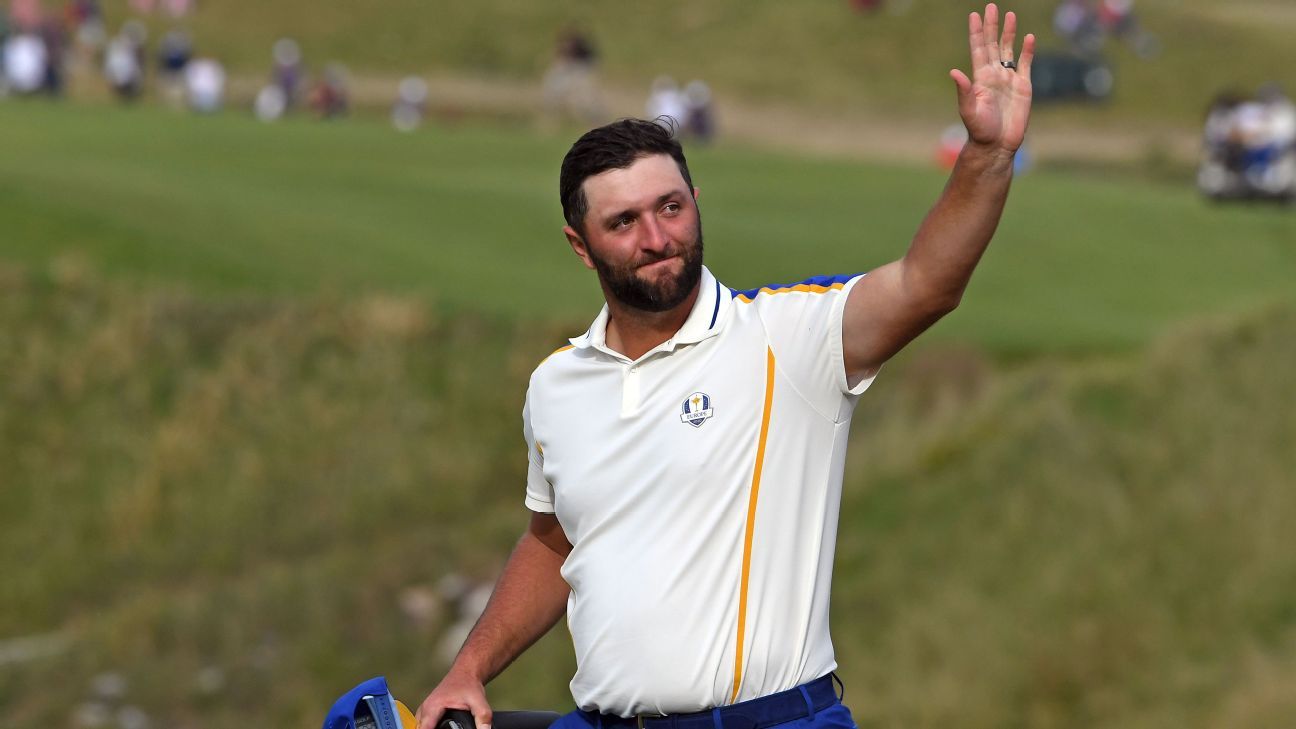 The big crowds following Jon Rahm in his return to Spain are starting to bother the world’s top-ranked golfer.

Rahm couldn’t hide his frustration with some of the fans after a lackluster second round at the Spanish Open on Friday, when he carded a 4-under 67 to stay one shot behind leader Wil Besseling going into the weekend at Club de Campo Villa de Madrid.

“It is wonderful how many fans we have out here and it’s great that they are so passionate about it. I just wished they would remember to put their phones in silence, that’s it,” he said.

“I mean, for two days every single shot there’s four or five cameras going off. They are all so golf hungry, and it’s great, I love playing in front of them, it’s just sometimes you are by the par putt and there’s cameras going off. I wouldn’t like to lose focus because of something like that.”

Rahm expressed his frustration on the course after phone cameras went off in the middle of his swing off the tee on the 18th hole. After his shot hooked badly behind the packed grandstands near the green, he kept saying to himself, “In every tee, in every tee …”

Rahm tried to downplay his criticism of the local fans as much as possible, saying it was natural for that to happen in big crowds with fans not used to golf tournaments.

“You can tell a lot of people here are not golfers and I don’t know how often that happens in the world of golf that people travel a long way to come and watch, so it’s great fun,” he said.

Several thousand fans have been trying to see Rahm up close in his return home after nearly two years. The U.S. Open champion and No. 1-ranked golfer in the world is the two-time defending champion at the Spanish Open and has a chance to tie Spanish great Seve Ballesteros as a three-time winner. Rahm has become a star transcending sports in Spain following his recent success.

Rahm made two birdies in his first nine holes and finished with an eagle on the par-5 14th, a bogey on the par-4 16th and the hard-fought birdie on the last hole after getting relief from the grandstands and hitting it close to the flag.

“I made a really bad swing, I was trying to hit it so hard,” said Rahm, who opened with a 63 on Thursday. “I was looking for a chance for birdie, but hitting it to almost tap-in was a real bonus.”

Besseling made six birdies, four of them on the back nine, to add a 6-under 65 to his 64. The Dutchman has yet to make a bogey.

“The last couple of seasons have been really good,” said Besseling, who is seeking his first European Tour victory. “I did struggle before that so it is good to be out here performing well and making putts, and being on top of the leaderboard after 36 holes.”

Besseling was two shots ahead of Spaniard Adri Arnaus, India’s Shubhankar Sharma and first-round leader Ross McGowan of England, who started with a course-record 10-under 61 but couldn’t keep up on Friday. His back nine included a bogey and a triple bogey after losing a ball off the tee on the sixth hole. He ended with a 1-under 70.