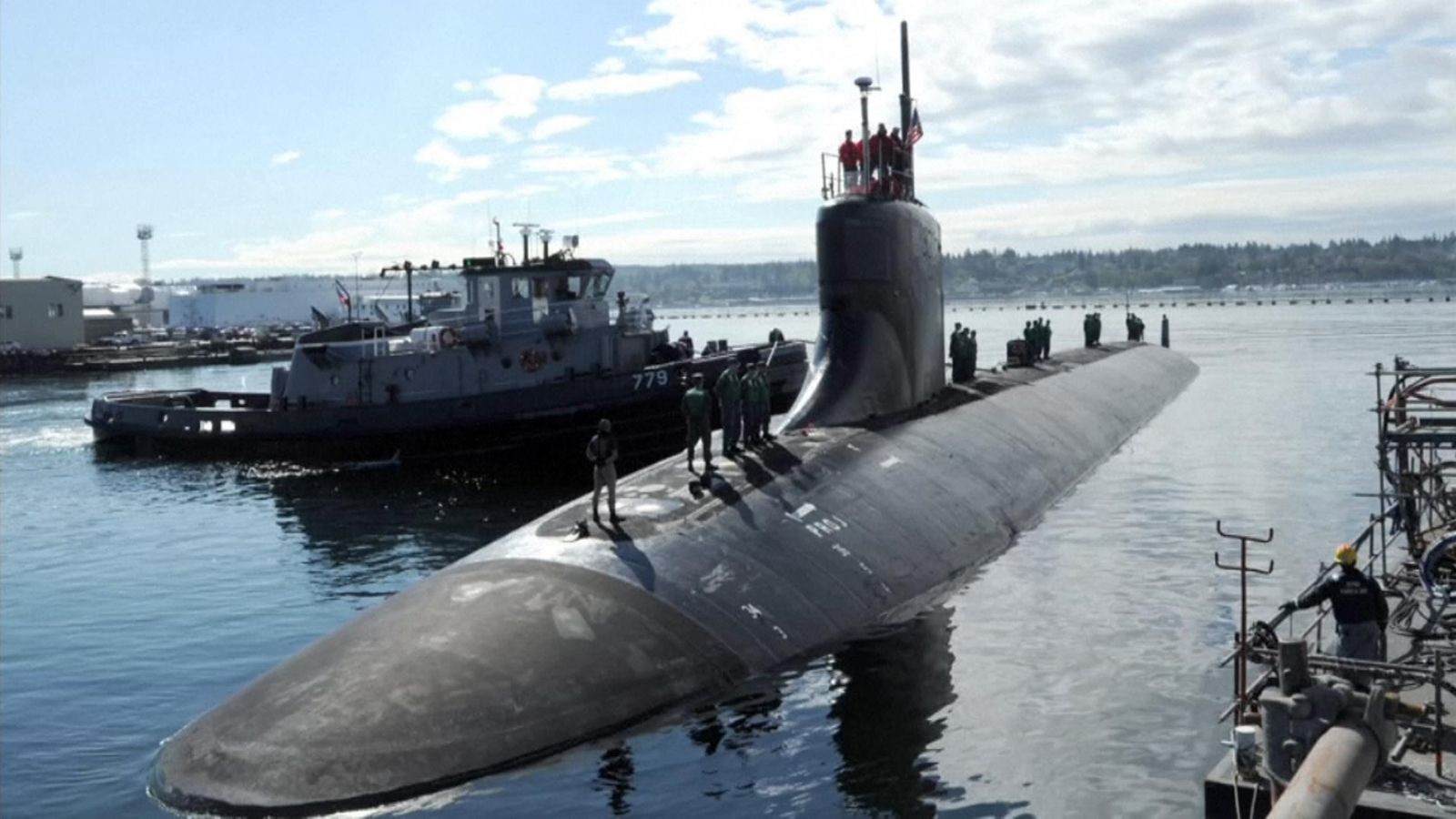 A US nuclear-powered submarine hit an unknown object in the South China Sea with 11 sailors suffering mainly minor injuries, according to officials.

The USS Connecticut is in a “safe and stable condition” after the incident on 2 October, said a statement by the US Pacific Fleet.

The Seawolf-class attack submarine is nuclear-powered but the fleet said its propulsion system was unaffected and is “fully operational”.

Two Navy officials, speaking anonymously to the AP news agency, said it was unclear what the submarine hit but it was not another sub.

One said it may have been a sunken ship, container or another uncharted object.

The exact location of the collision was not specified in the official Pacific Fleet statement, which said it happened while submerged in “international waters in the Indo-Pacific region”.

“The safety of the crew remains the Navy’s top priority. There are no life threatening injuries,” said the statement.

“The extent of damage to the remainder of the submarine is being assessed. The U.S. Navy has not requested assistance. The incident will be investigated,” it added.

The Navy officials said two sailors had sustained moderate injuries and nine minor injuries, such as bruises and scrapes.

They said the sub headed towards port at Guam after the incident, and that it was not announced sooner in order to maintain operational security.

See the chilling video Chinese protester made before her disappearance
Everyone’s watching Meta’s earnings report for a hint at how online ads are doing
Watch Obama crack himself up
Google is asking employees to test potential ChatGPT competitors, including a chatbot called ‘Apprentice Bard’
Sunak believes British Army is ‘top-level fighting force’ despite US general’s warning