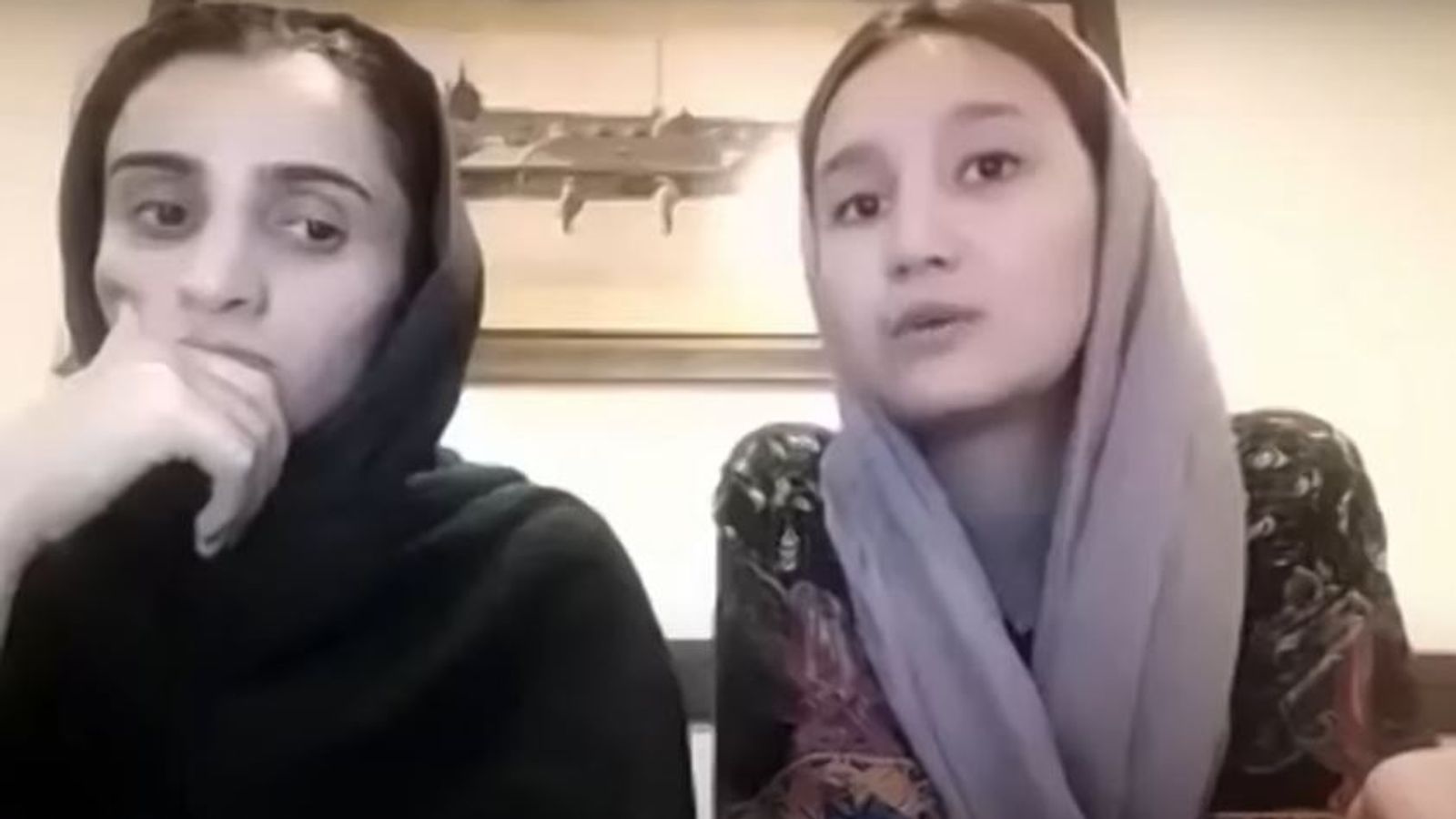 The UK government has approved visas for a group of young female footballers from Afghanistan.

The girls had fled to Pakistan after their country fell to the Taliban in August, and it was from there that they had told Sky News that they were desperate to find safety in the UK.

At the time, they had less than a week left on their Pakistani visas and were fearful of what might happen to them if they were forced to return to Afghanistan, where the Taliban has banned girls from playing football.

Narges, 18, had told Sky News: “The only thing all of us know is that we don’t want to go back to Afghanistan again.”

Asked if she had a message for the UK government, the teenager had added: “If you can accept us we would be really happy that we can live in UK and have the UK as a host country for us.

“The only thing we want from your government and your humanitarian institutions is to find a host country for us in order to help us to be happy again and be alive again, to make a new life and be good football players in the future.”

But on Saturday evening, she and teammate Sabria said: “Our lives have been saved and we are eternally grateful to all.

“Especially to the efforts from our new British friend Siu-Anne Marie Gill from the ROKIT Foundation for keeping us all inspired – it was very hard – to keep believing that UK will fight for saving our lives.”

Ms Gill said: “We learned on Friday that the UK government has granted authority for the Afghan National Women’s Junior Football Team to come to the UK.

“This is fantastic news, and we are most grateful to Prime Minister Boris Johnson and Home Secretary Priti Patel for this life-saving decision.

“Like football, it has been a team effort where every player has had a vital role.

“These young sportswomen and their families are so thrilled to have been given a second chance in life, here in the home of football.

“The next step is to settle them into their new home. We will do all we can to support them in this process, and the communities that welcome them.”

NASCAR bans Chastain’s wall-hugging move
Farmworker accused of shooting dead seven colleagues ‘was angry over $100 repair bill’
‘Significant’ accident at electricity station in Ukraine
‘Nobody is born smart’: Ex-commander of Russian mercenary group apologises for fighting in Ukraine
Cheryl on her West End debut: ‘Disasters are part of the experience’