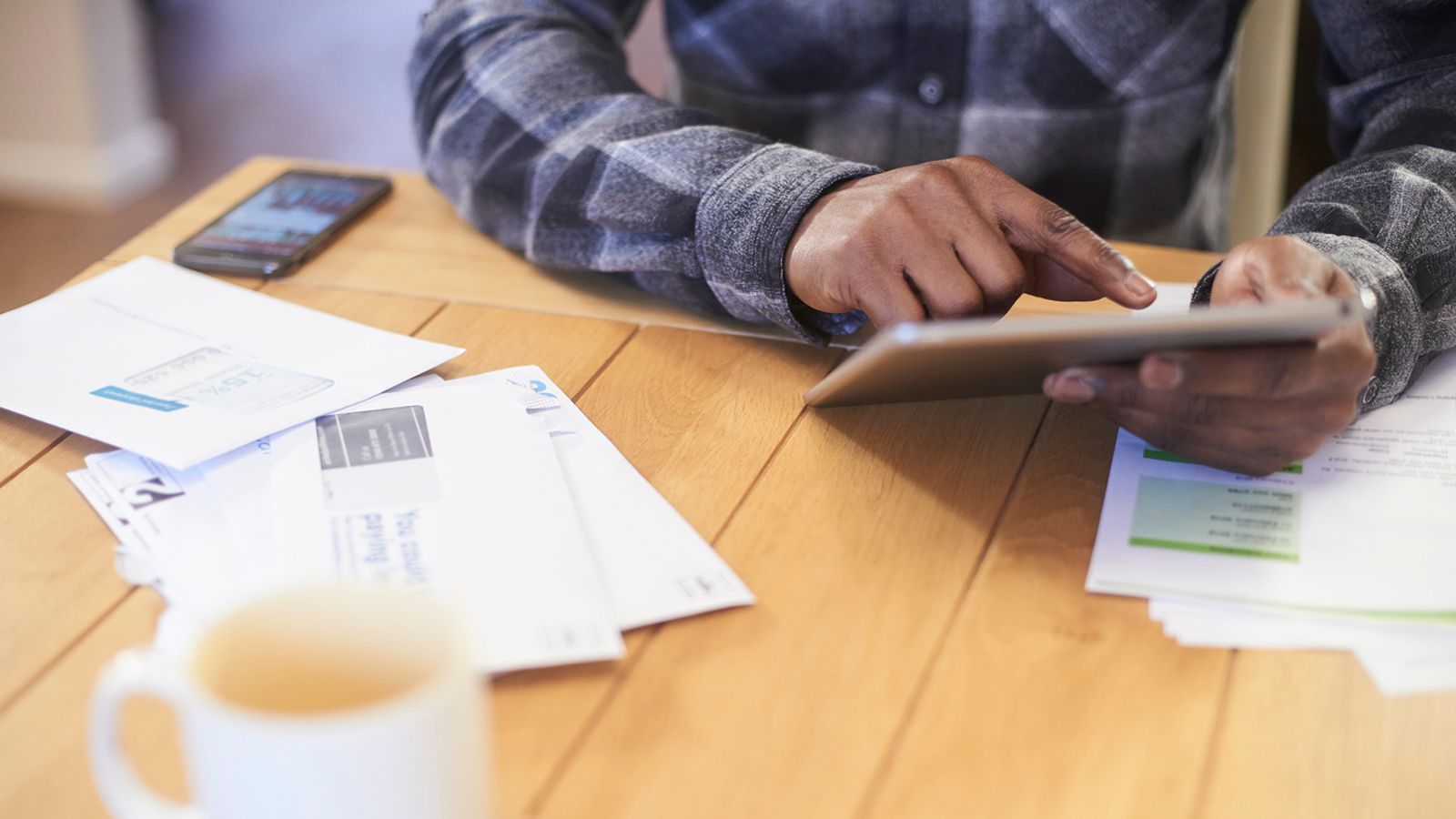 Business Secretary Kwasi Kwarteng has told Sky News that the price cap on consumers’ energy bills “will not be moved” this winter and he is “convinced” that the UK won’t suffer gas shortages in the coming months.

Speaking to the Trevor Phillips On Sunday show, Mr Kwarteng said he was “convinced we will have full energy supply” despite soaring wholesale gas prices around the world – although he stopped short of offering a full guarantee that there wouldn’t be disruption.

“I’m as certain as I could be,” he said. “Because obviously this is a global issue, so we’ve seen right across the world real supply chain pressures, you’ve seen the Chinese have power blackouts, they’re rationing supply.

“Here in the UK our job is to make sure there is minimal disruption and I’m very confident.”

The business secretary added: “There are two elements here; one is obviously the global price and I can’t predict, nobody can predict that.

“But one thing I am responsible for is the resilience of the UK system and, in that, I’m very confident we will be resilient.”

Mr Kwarteng also inisisted that huge price hikes in wholesale gas would not be wholly passed onto households as the energy price cap would remain unchanged this winter.

“I’ve been very clear about this. The price cap is the biggest shield in terms of consumer prices and I’ve said repeatedly that it will not be moved,” he added.

“It was set in August for the six-month period between 1 October and 1 April and it’s not being moved.

“Many companies during this period have said we should lift the price cap or get rid of it.

“And I’ve been very clear that it can’t be moved because it does offer consumers the protection we all need against very, very high upswings in the price.”

Asked if would advise people to wear another woolly jumper to keep warm this winter, Mr Kwarteng said: “It’s up to people – it’s amazing how different people’s cold thresholds can be very different.

Pressed on whether this meant he was telling people to turn down their thermostat and put on more clothing, he said: “My job as an energy minister is not to tell people how many layers of clothing they should wear, that’s not really my job.”

Aside from the energy price cap that partly protects households, Mr Kwarteng is also facing calls to take immediate action to support energy-intensive industries amid warnings some sectors could grind to a halt due to soaring prices.

The business secretary said he was “speaking constantly” with industry on their energy needs and pricing and was “engaging” with the Treasury on the issue.

But he said he had not asked for subsidies for businesses, adding: “We’ve already got subsidies in place and it’s very clear that a lot of those are working.

“On the consumer side we’ve got an energy price cap and on the industry side we have measures where we support industries, heavy electricity users.

“What I’m very clear about is we need to help them get through this situation – it’s a difficult situation, gas prices, electricity prices are at very high levels right across the world and of course I’m speaking to government colleagues, particularly in the Treasury, to try and see a way through this.”

On the prospect of an energy price cap for industry, Mr Kwarteng added: “I can’t come on your programme and say we’re going to have a price cap because we’re trying to work out what the nature of that support might be.”

However, one Treasury source disputed the business secretary’s suggestion that their department was engaged in talks on supporting industries.

“This is not the first time the BEIS secretary has made things up in interviews,” the source told Sky News. “To be crystal clear the Treasury are not involved in any talks.”

Energy UK chief executive Emma Pinchbeck admitted there were worries about the impact of soaring prices on businesses.

“I don’t actually know what the consequences for commercial users will be, though they are more exposed to the prices and they have to buy energy at the price we’re seeing on the market and the same for some of our generators,” she told Sky News.

“I will tell you our members are increasingly worried about those customers, and on top of that I think it’s less clear what will happen to business customers.

“The last thing to say on this is of course when we say commercial customers, it’s actually quite a big range – that’s everything from your local corner shop through to manufacturers of steel.

“So I think it’s right (Mr Kwarteng) is talking to the energy intensive users but we would also like to see a bit of a focus on commercial customers as a whole, and thinking imaginatively about each kind of commercial customers and what sort of support they might need – but yes of course, we’re worried.”

Labour’s shadow work and pensions secretary Jonathan Reynolds laid the blame for current issues in the energy market on past decisions taken by Conservative ministers.

“The energy crisis has come from complacency, it’s come from the fact the government ‘cut the green cr*p’ and the energy efficiency programme in 2015 was stalled by David Cameron’s government,” he told Sky News.

“The nuclear programme hasn’t proceeded, you haven’t seen onshore wind progress because of the block on government policy that existed.

“And, crucially, energy storage – the enormous gas storage in Rough field in 2017 was closed because the government wanted to save money.

“The choices that people have made in government have directly affected the cost of living crisis that we’re facing today.”