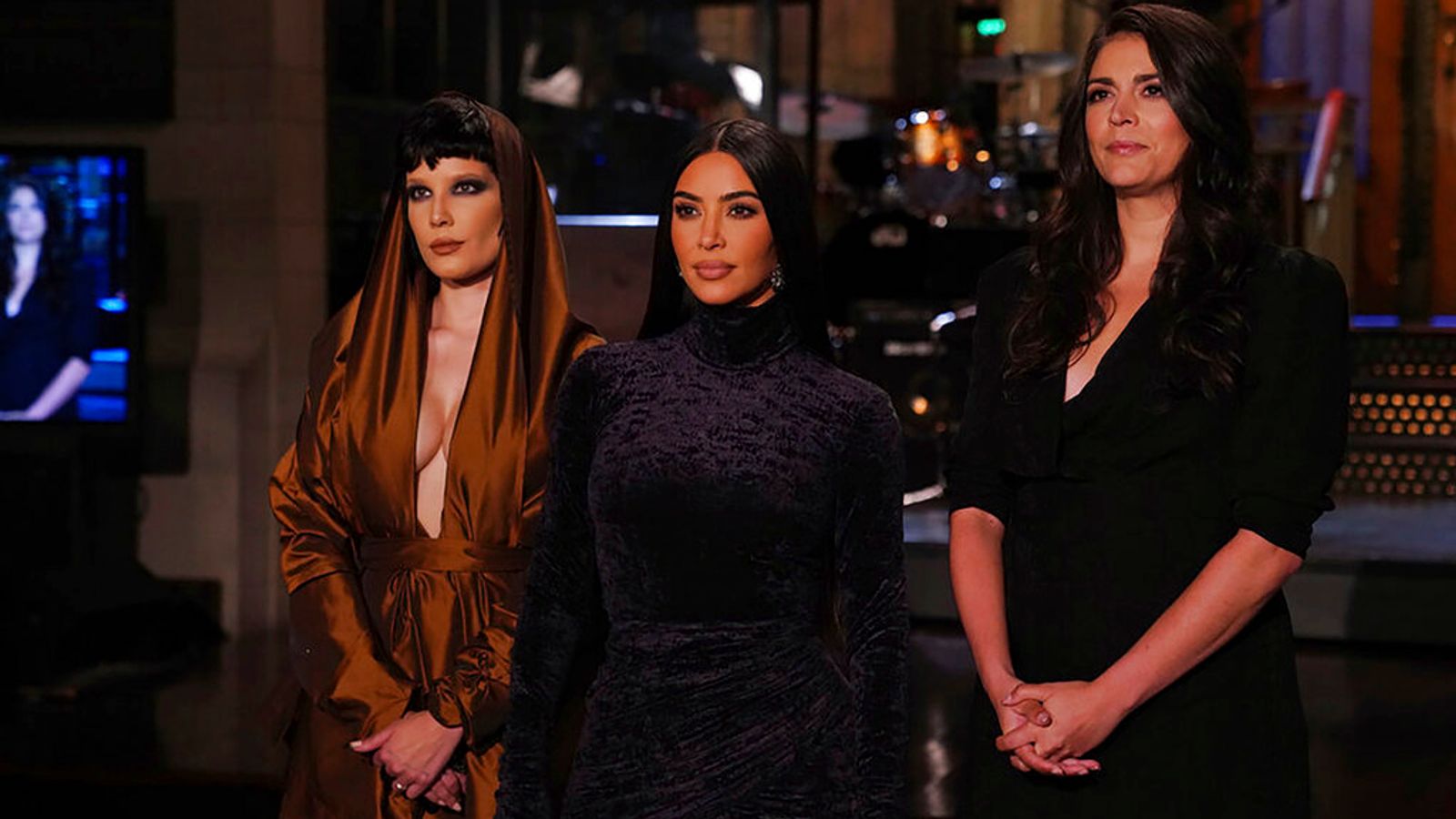 Kim Kardashian West showed she was happy to poke fun of herself during her Saturday Night Live hosting debut, making jokes about her divorce from Kanye, a leaked sex tape and OJ Simpson.

Appearing on the US sketch show, the reality TV star said she ended her relationship with rapper Kanye West because of “his personality”.

Taking to the stage in a pink catsuit, Kardashian West opened the show with a nod to the intimate video which launched her career.

“I know, I’m surprised to see me here too,” she said in her monologue.

“When they asked I was like, ‘you want me to host, why? I haven’t had a movie premiere in a really long time’. Actually, I only had that one movie come out and no-one told me it was even premiering.”

In a joke about her mother Kris Jenner’s supposed ruthless management of her daughters’ careers, she added: “It must’ve slipped my mum’s mind.”

Kardashian West said: “I am excited to be here tonight to show you guys I’m so much more than a pretty face – and good hair and great makeup and amazing boobs and a perfect butt.

“Basically, I’m just so much more than that reference photo my sisters showed their plastic surgeons.”

The socialite and billionaire businesswoman aimed another gag at husband Kanye West and former step-parent Caitlyn, both of whom failed in their recent bids for political office.

Kardashian West said: “I’m not running for president – we can’t have three failed politicians in this family.”

The criminal justice campaigner said she was delighted to follow in the footsteps of her father, Robert Kardashian, who represented OJ Simpson during his 1995 murder trial.

Kardashian West joked it was her father who first introduced her to a black person – asking the audience to “take a stab in the dark at who it was”.

Referencing the ongoing mystery surrounding the murders of Simpson’s ex-wife, Nicole Brown Simpson and her friend Ron Goldman, she added: “OJ does leave mark – or several – or none at all, I still don’t know.”

She based another gag on the name Karen and its modern usage to describe a rude white woman.

Kardashian West said her mother “somehow” knew to avoid the name, then added: “I don’t know how she saw that one coming but not Caitlyn.”

Kardashian West also showed her acting skills, appearing in sketches as a contestant on a reality TV dating show and a presenter on a darkly bizarre local news broadcast.

At the end of the show, Kardashian West thanked her family for being “such good sports”.