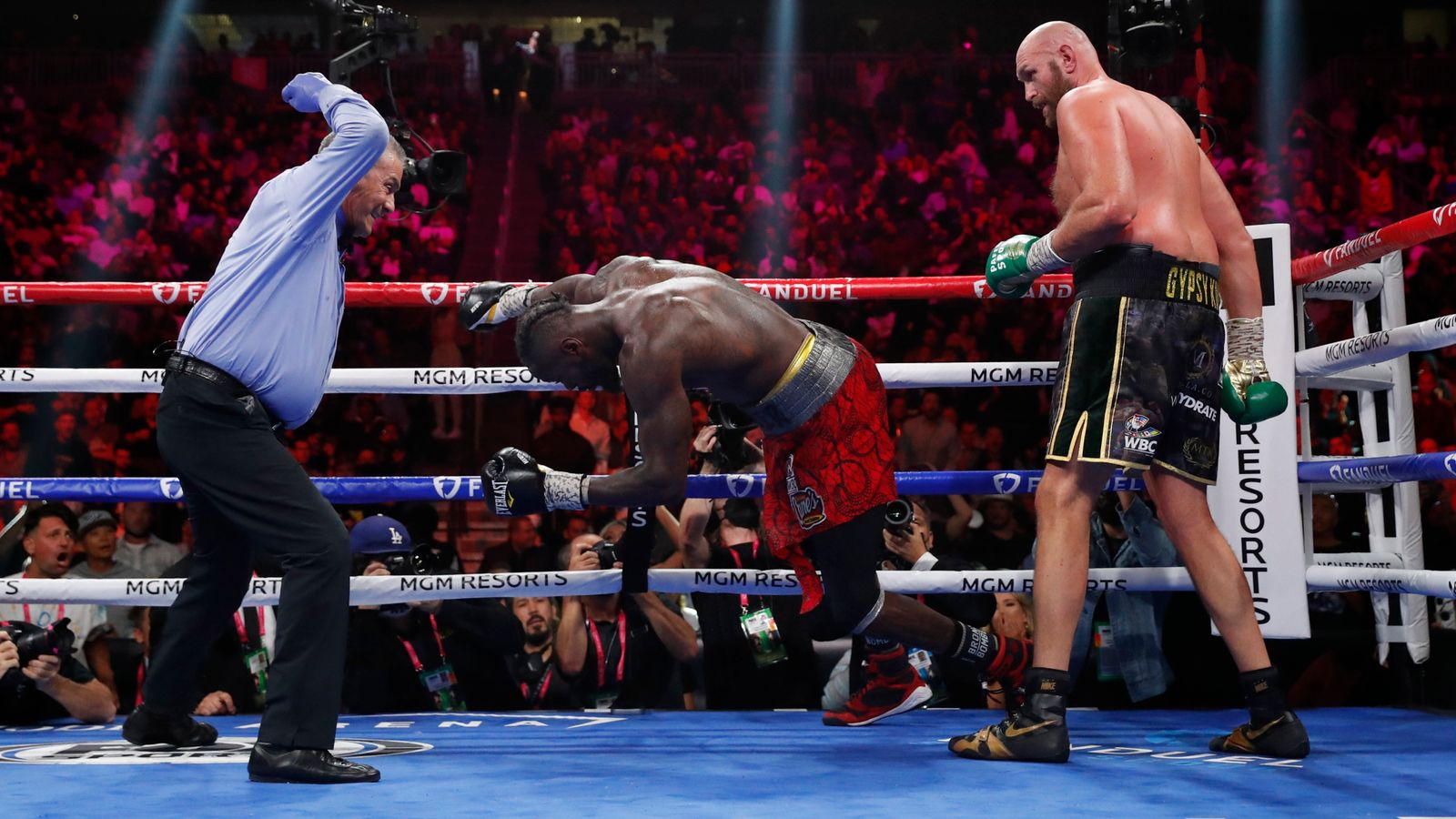 Tyson Fury has retained his WBC heavyweight title after knocking out Deontay Wilder in a spellbinding contest in Las Vegas.

In a bout featuring five knockdowns, Wilder touched down first and looked to be hanging on at the end of the third round, but he turned the fight on its head in the fourth.

Fury twice had to get back to his feet but weathered the storm and gradually wore down Wilder, who was back down in the 10th before referee Russell Mora waved off the fight when the American went down face first in the 11th.

Both fighters weighed in at the heaviest of their careers ahead of the trilogy fight at the T-Mobile Arena.

Earlier this week the two boxers had a slanging match at the final news conference, with Fury seizing on Wilder’s list of excuses for his loss in the second fight.

The pair’s first bout in December 2018 ended in a draw after the British fighter famously rose from the canvas after seemingly being knocked-out cold.

The third fight was supposed to be held in July but was postponed after Fury tested positive for COVID-19.

Speaking following his victory, Fury said: “I’m the greatest heavyweight of my era, no doubt.

“If you play with fire long enough, you get burnt.”

He added: “I can never be wrote off, never beat until I’m down and out.

“I didn’t have my best performance, but I pulled it out of the bag.

“It was a great fight, worthy of the best trilogies.

I will not make any excuses, Wilder is a top fighter, he gave me a run for my money.

“I always say I am the best fighter in the world and he is the second best. Don’t ever doubt me. When the chips are down I can always deliver.”

Tesla Model 3 refresh prototype spotted being tested
Haiti is falling apart and there is no safety net – the perverse reality is that gangs have filled the gap
Westminster’s ‘nepo babies’ are here to stay – whether we like it or not | Adam Boulton
Source: Nets star guard Irving asks to be traded
There’s a buzz about green hydrogen. But pink, produced using nuclear, may have a huge role to play too