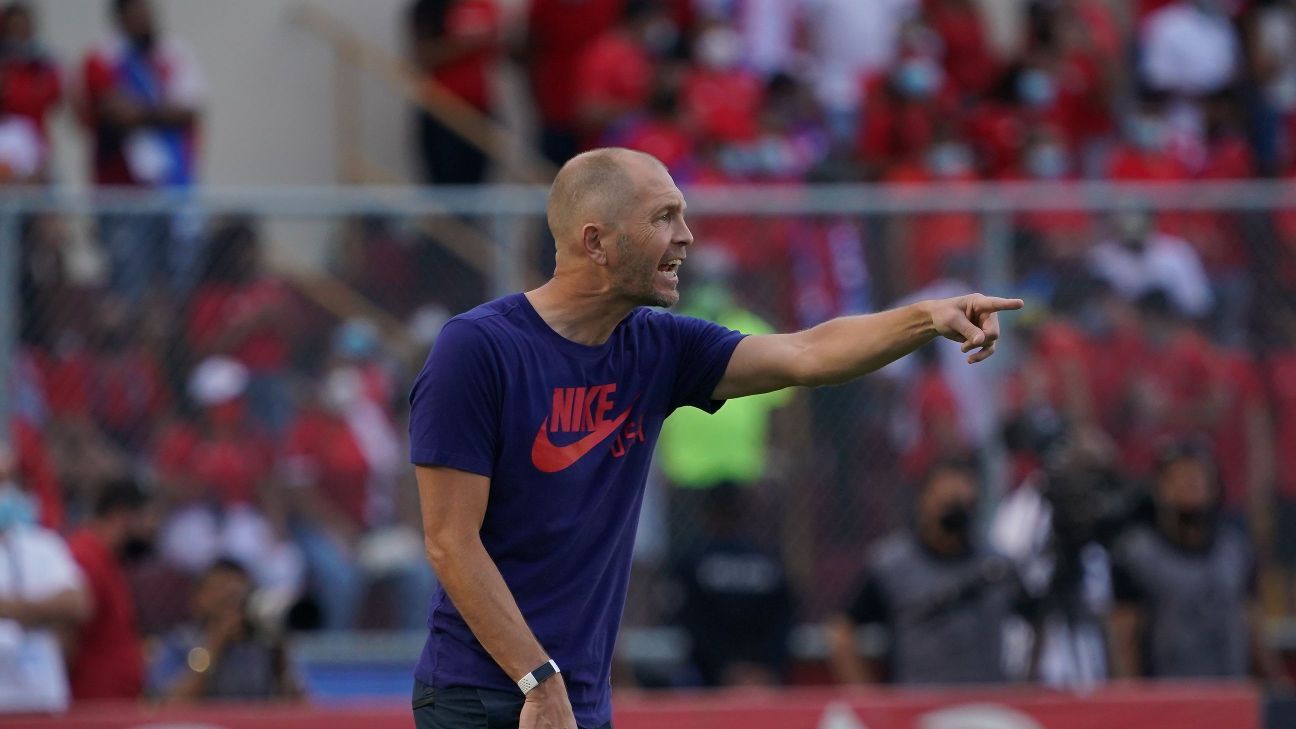 PANAMA CITY, Panama — A team can repeat its mistakes so many times before it gets punished. So it proved for the United States men’s national team in its 1-0 World Cup qualifying defeat to Panama.

In its first four games, the U.S. had managed to avoid defeat. But even as it accumulated eight points from those matches, there were some warning signs. Slow starts were one. A lack of execution at times in midfield was another. And there was a perceived lack of intensity that more than one player mentioned. It’s a lesson that after five qualifiers — three of which were on the road — the U.S. should have figured out how to handle by now. Instead, it’s one they’re still learning.

“We’re professionals. We expect to have a certain level of play and we didn’t have that tonight,” said U.S. goalkeeper Matt Turner. “I think it all boils down to intensity and not quality on the ball or anything.”

All of this left the U.S. vulnerable to a Panama side that has so far during this qualifying campaign proved to be a tough team to break down. And the Canaleros eventually broke through, courtesy of a set piece goal credited to Anibal Godoy but which also looked like it went off U.S. forward Gyasi Zardes.

“It was clear we didn’t have our best stuff,” said U.S. manager Gregg Berhalter. “It was the hope that we get out of there with a point. And, you know, disappointed to give up a goal the way we did, and lose the game. You know it’s a typical CONCACAF game, very physical ,very aggressive. I think we came up short in a number of areas, so it’s about now it’s about rebounding, focusing on the game on Wednesday in Columbus.”

There were lessons for Berhalter too. Granted, the triple fixture windows that are a staple of this World Cup qualifying campaign demand a certain amount of squad rotation. But on this night Berhalter’s changes were near wholesale, retaining just three field players from the starting lineup that took the field three days ago against Jamaica. Some of those changes were forced as both Weston McKennie and Antonee Robinson were left at home due to a quad injury and U.K. quarantine restrictions, respectively.

Others were more difficult to fathom. Out was Ricardo Pepi, he of the three goals in his first two international appearances, replaced by Zardes. So were presumed mainstays Tyler Adams and Brenden Aaronson, with Acosta filling Adams’ role in the center of midfield and Timothy Weah deputizing for Aaronson. Mark McKenzie came in for the in-form Miles Robinson.

Some of the moves worked, but it was as much about execution as it was about personnel. McKenzie was steady alongside Walker Zimmerman. But the midfield trio of Acosta, Yunus Musah and Sebastian Lletget (who seemed reluctant to play forward) that Berhalter trotted out was completely ineffective, ceding control early and only getting it back at times in the second half with the halftime introduction of Adams and Aaronson.

The question then, before the opening whistle and after, was did Berhalter overdo it? He cited Adams recent return to the lineup of club side RB Leipzig as one reason he didn’t start. There was also the travel and the humid conditions.

“Now, it obviously doesn’t look like the best choice,” he said about the lineup changes. “But I think we have to wait till Thursday [against Costa Rica]. Because if we would have played the same players from the last game, first of all, two of them weren’t even here, so that was going to be impossible. But if we would have played the same players in…this game, I’m not sure we would position ourselves in the best way to win again on Wednesday, Again, the conditions that we’re dealing with here with the travel with the weather made it complicated. And we had to make a I guess a somewhat risky decision.”

It didn’t pay off. Berhalter said part of his thinking was to get mobility and fresh legs into the lineup, but rarely did that presumed energy reveal itself. The U.S. won only 45.2% of its duels. The U.S. also struggled to execute the basics on the ball, especially in midfield. It almost as if the midfield wasn’t aware that the game was going to be much more of a street fight than the relative stroll against Jamaica game three days ago. Musah was guilty of dribbling into trouble. Acosta had some poor touches that resulted in turnovers. Both types of errors sparked Panama counterattacks that succeeded in getting the crowd into the game.

“The quality wasn’t high enough in the final ball when we did get in those [attacking] positions,” said Berhalter. “I think the ability for our players to turn and play forward was lacking today. And overall, again, we performed below the expectations that we have for ourselves.”

There was also the issue of the U.S. press. It was completely out of sync in the first half, allowing Panama to play out of its own half pretty easily.

“In the first half, it was probably a little bit of a lack of energy and competitiveness,” Adams said.

Berhalter also clarified his remarks, insisting that it wasn’t his intention to play for a draw, but more to see “how the game was going.”

“We made some adjustments, and we were hoping to get some momentum,” he said. “But when the game keeps going longer at a certain point, you’re like, ‘Okay, we get out of here a point we’ll be doing okay, based on everything,’ and unfortunately we didn’t do that. But to be clear, the mindset, prior to the game was not to play for a point. We wanted to win the game we put a line up on the field that we thought could win the game, and we just didn’t do it.”

When a team is missing the likes of Christian Pulisic, Giovanni Reyna, and — at least on this night — McKennie, there is bound to be a drop-off. But Berhalter is finding out just how pronounced that difference in performance can be for some players when the U.S. goes on the road. He brought up the team’s youth, but the U.S. is rapidly reaching the point where that can no longer be used as an excuse. Berhalter has the team he has, and he needs to make sure that he puts a midfield out on the field that can execute, even under tough conditions.

One would hope that with the presumed return to the starting lineup of Adams and McKennie the U.S. will have more heft in central positions. That will then have a knock-on effect elsewhere on the field, freeing up the U.S. attack. They’ll need all of that this Wednesday against a Costa Rica side full of experience.

With this defeat, the pressure is on the U.S. once again. They’ll need a victory on Wednesday to ease it.