We could be back in 2018 again – Brexit and the will-there-won’t-there-be-a-deal questions are back on the agenda.

Brexit minister Lord Frost gave a headline-grabbing speech in Lisbon yesterday in which he savaged the very same Northern Ireland Protocol he was responsible for negotiating with the EU two years ago.

You may remember Boris Johnson saying it was a “good arrangement” with “consent a fundamental element”, and promising there would be “no checks” on GB-NI trade.

Well it didn’t work out that way – as businesses and Northern Irish Unionists had feared – and for the past few months the government has been pressing the EU need to change the deal.

Those calls have been heeded, with EU Commission vice-president Maros Sefcovic who toured Northern Ireland last month, presenting new proposals this afternoon at a press conference, which he says will be “very far reaching”.

It is expected that they will eliminate a lot of these checks – although UK officials say they will wait to pore over the thorny details rather than just the “lofty ambitions”, as one source put it.

It is also thought the EU will offer the prospect of resolving the so-called “sausage war” with a possible legal workaround for the ban on chilled meats – as well as plants and medicines – from GB.

It is clear from Lord Frost’s speech yesterday – made before he had seen the EU’s proposals – that this is not enough for London, as he has said the oversight of the European Court of Justice must also end.

Frost, whose speech has been seen as inflammatory in European capitals and triggered questions about whether the UK wants a deal at all, has tabled proposals for an entirely new arbitration mechanism.

Tory party chairman Oliver Dowden would not go as far as publicly calling this a “dealbreaker” but pointed out in an interview with Sky News that many other international treaties have independent oversight.

The EU has long said this is a red line – although red lines have been crossed or blurred before – and there is not much time to work on it.

UK officials expect around three or four weeks of negotiations to now follow, with a crunch point in early November.

Doug Beattie, the leader of the Ulster Unionists told Sky News this morning, governance and democratic consent are an issue not just for now, but into the future. 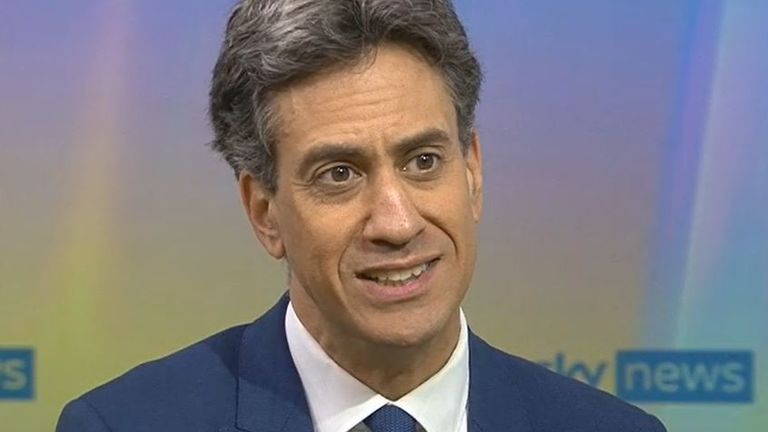 The EU commissioner has spoken of the need to enhance the participation of Northern Ireland political leaders in the process – not what the UK is demanding, but raising the prospect some compromise mechanism could be found if there is the will.

If not, both sides are braced for a triggering of Article 16 – suspending all or part of the protocol altogether, a process which could itself last weeks, and raises the prospect of a trade war.

At this stage though, it is a negotiation rather than a standoff.