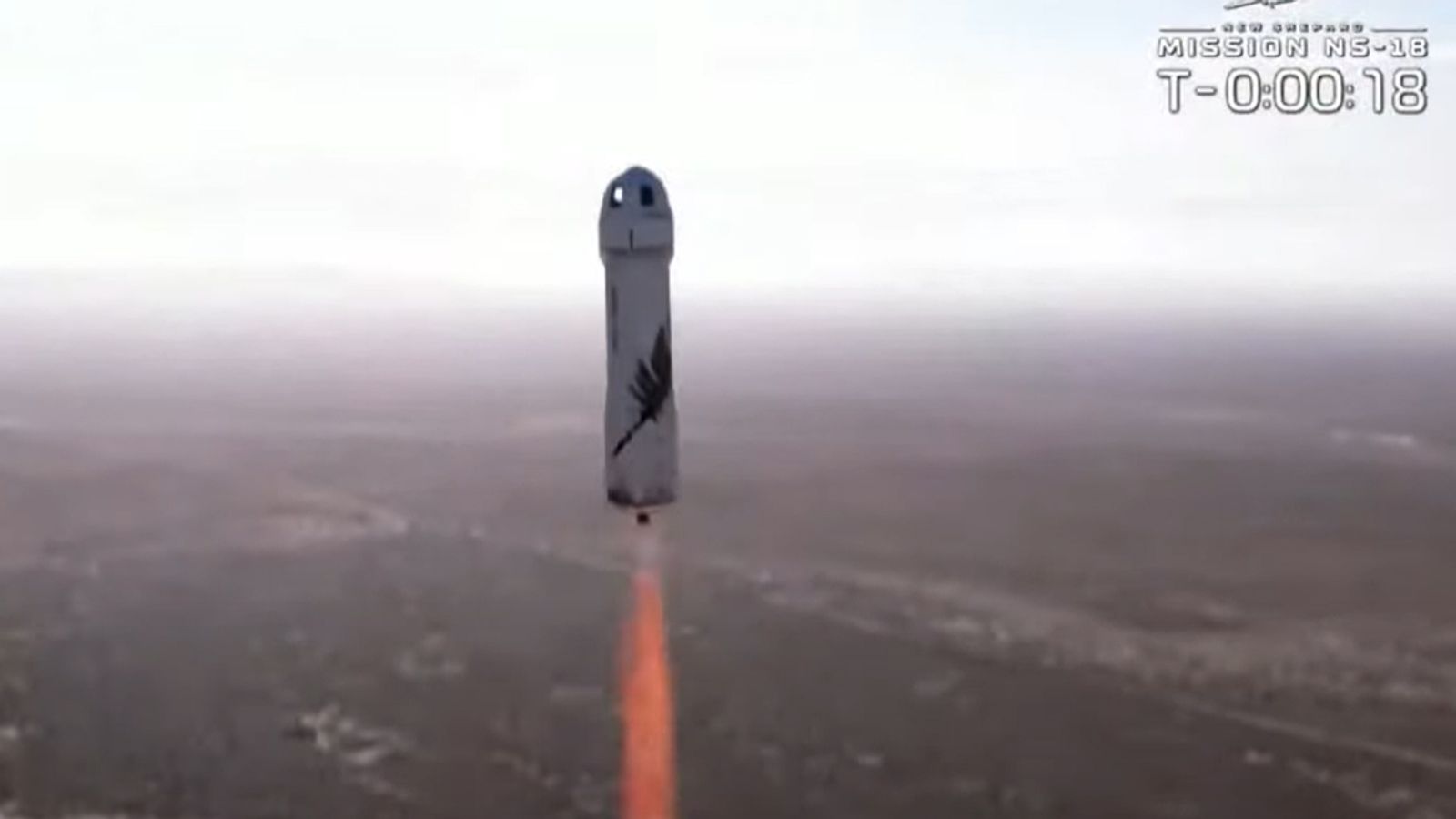 Star Trek actor William Shatner has become the oldest person to reach space, calling his trip “the most profound experience”.

The 90-year-old blasted off from Texas just at about 3.50pm UK time on a Blue Origin rocket – the space company owned by Amazon founder Jeff Bezos.

Shatner, who played Captain Kirk in the original Star Trek series, spent several minutes in a suborbital flight alongside three others.

After touching down, an emotional Shatner placed his hands on Bezos’s shoulders and told him “what you have given me is the most profound experience… I’m so filled with emotion about what just happened”.

“I hope I never recover from this,” he added.

Before the launch, Shatner had admitted he was a “little frightened”.

The 18-metre New Shepard rocket sent the quartet just above the internationally-recognised boundary of space known as the Karman Line, reaching about 66 miles (106km) above Earth. 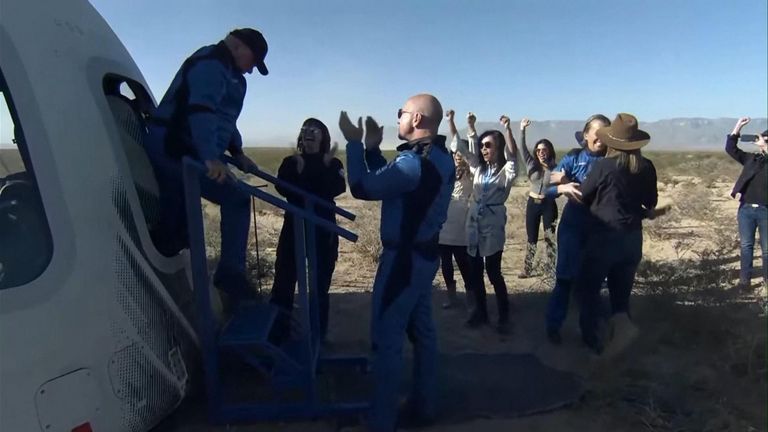 Shatner hugs Bezos as he emerges from space capsule

The reusable rocket detached from the capsule carrying the astronauts and fired its engines to land itself upright back on the launch pad.

Shatner experienced weightlessness on his trip before three parachutes delivered the capsule gently back to Earth, touching down in the desert at about 15mph.

Bezos opened the hatch as Shatner and the others stepped out to cheers and hugs from their families. 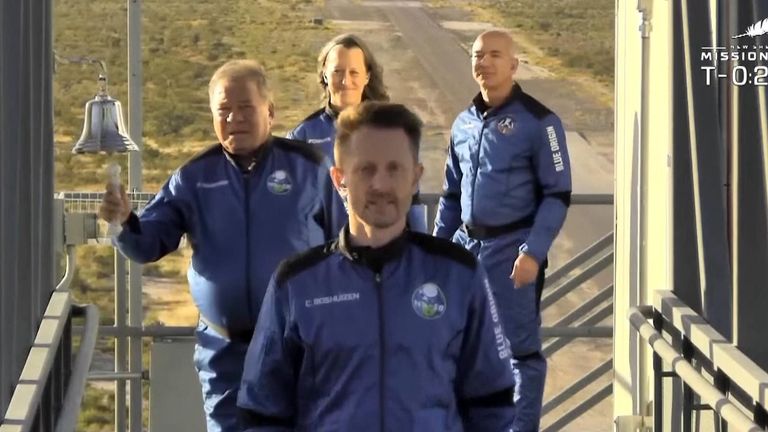 Shatner and crew ring bell as they board capsule

Blue Origin’s rocket system is called New Shepard, named after the Mercury astronaut Alan Shepard who was the first American to go into space.

The company aims to attract regular paying customers in future and had its maiden space tourism flight on 20 July, when Bezos and three others flew to the edge of space.