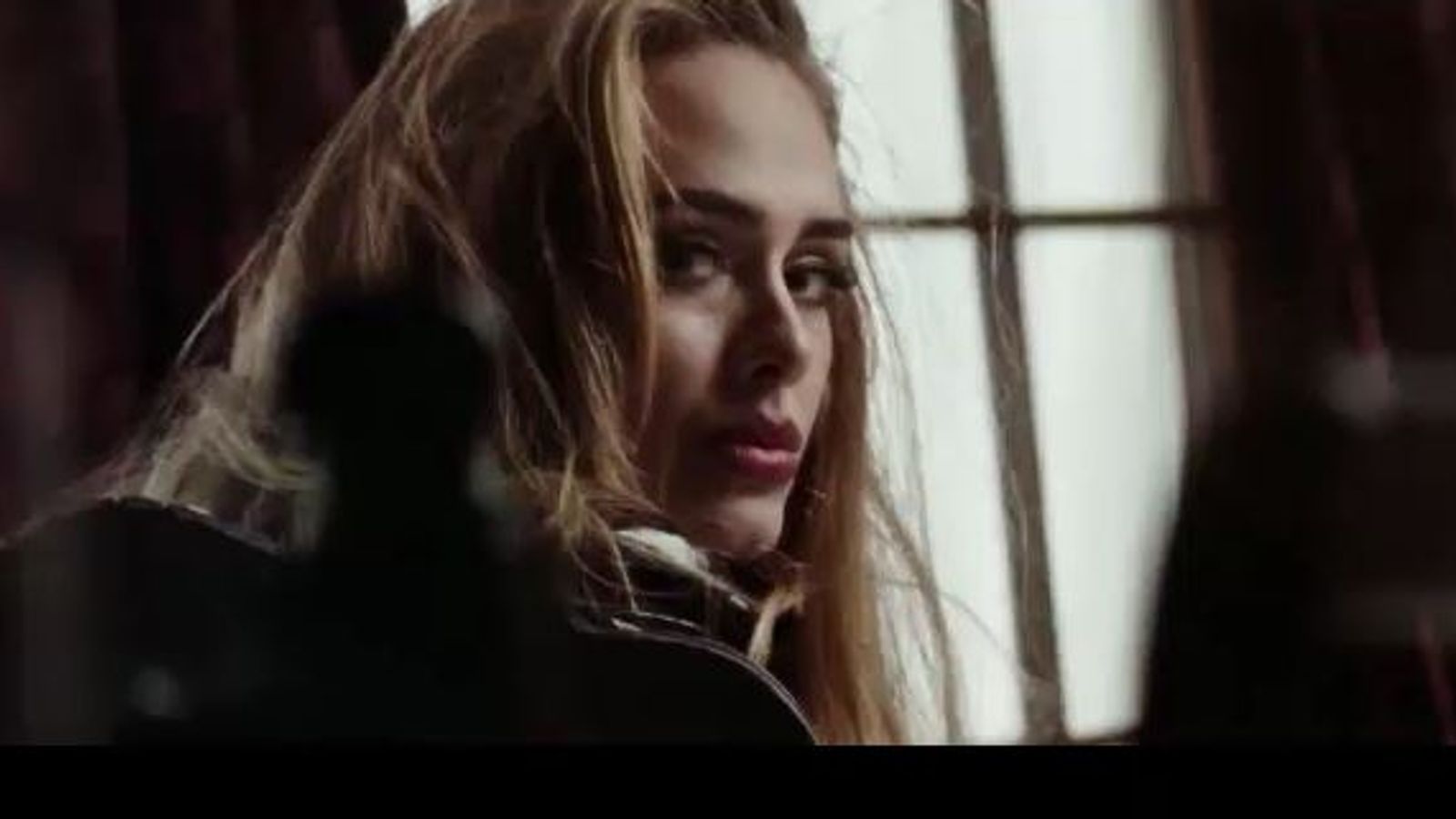 Fans around the world had been waiting since 2015 to hear new music from Adele and her new single Easy On Me was finally released overnight, causing a social media meltdown.

From the queen of ballads, it is an instant classic and was met with tears of excitement from the fans who spoke to Sky News.

Traci Moody, 33, from Dillon in the US state of South Carolina, said: “The way she sang it and her vocals, you can tell she put everything into it and I think it’ll mean just as much to us [fans] because we love her so much.

Demi Smith, 22, from Bristol, said: “It’s just Adele – you can’t get any better than that.

“She sounds amazing and I’m so excited for this new era to start because its like she’s letting us in that bit more.”

Justine Bou, 27, and Ophélie Antoine, 25, both from Paris, were moved.

Justine said: “It’s like she’s speaking to our soul.”

Ophélie added: “The vocals were amazing, it was different to vocals she normally does. The piano was spectacular.”

Georga Ferguson, 21, from Glasgow, described the song as “an emotional roller coaster”, adding: “It just got better and better.

“It’s probably one of the best Adele songs I’ve heard yet. It just completely threw me, I love it. It was worth the wait, 100%.”

In an interview with Hits Radio, the Adele said she was excited for people to finally hear the song.

“I can’t wait for it just to be out and be done and for it to begin the last chapter of what I’ve been going for,” she said.

The new track is a precursor to her long-awaited fourth album 30, which is due out next month.

“The whole album is dedicated to my son more than anything,” she explained.

A lot has changed for the singer since she last put music out. Now living in LA, having transformed how she looks and after going through a divorce, she said Easy On Me was about arguments you have in relationships.

“You could be in like, you know, in a discussion or disagreement, or a full blown row if you will, not that me and his dad ever used to do that, but even if you’re the one that’s sort of initiating the discussion, you can be like, ‘well hang on a minute, go easy on me, you know, it’s not my fault’,” she said.

Easy On Me is out now and 30 will hit shelves and streaming services on 19 November.

‘He’s told me about it – it’s happening’: Emilia Clarke confirms Kit Harington will reprise Jon Snow role in GoT spin-off
‘Back together’: Paul McCartney and John Lennon reunited at Glastonbury Festival
Voters to head to the polls in two crucial by-elections
Can the Avs clinch on home ice? Previewing what could be a deciding Game 5
Sugababes on change in the industry, regaining control and going back on tour