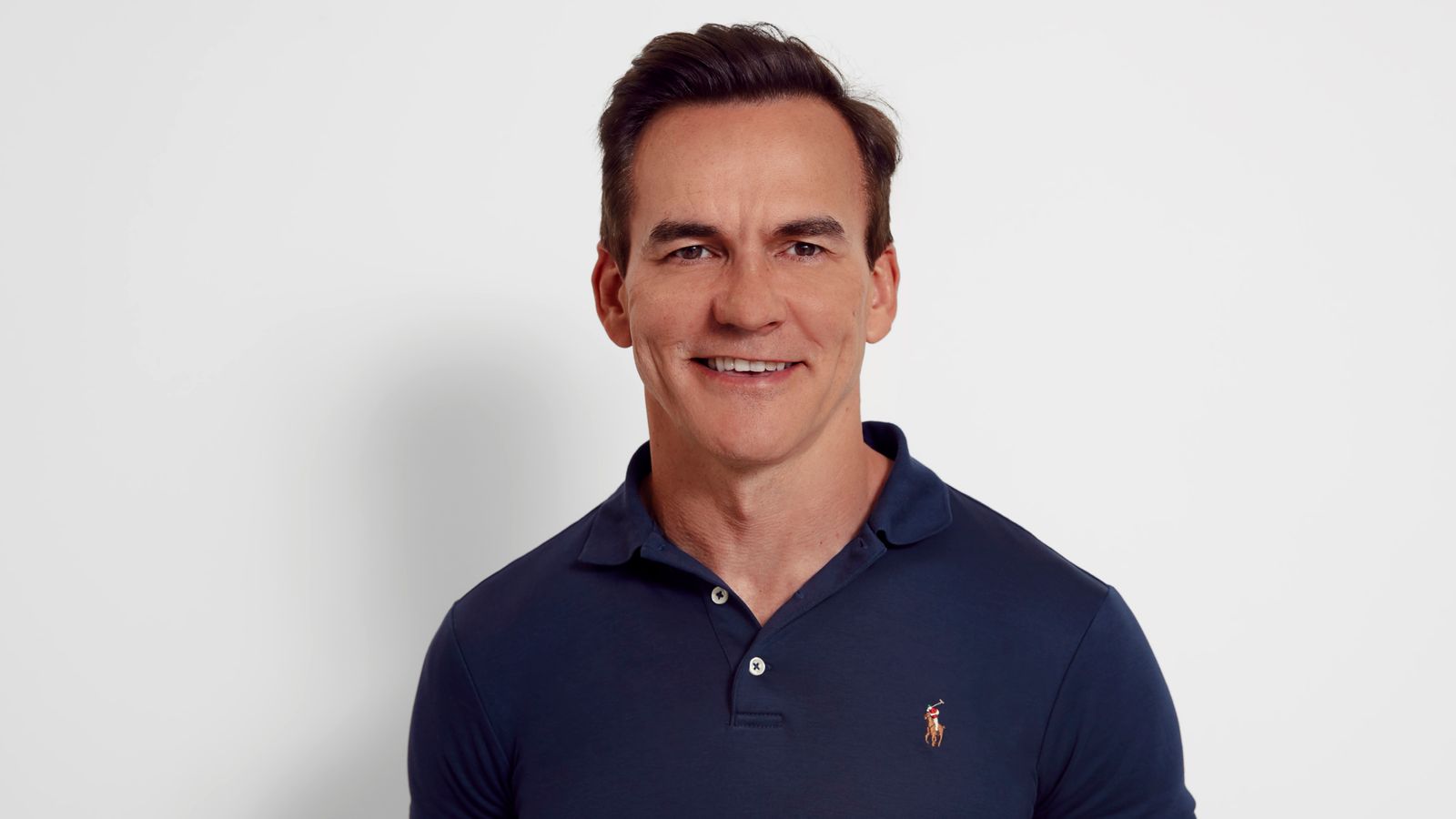 Matthew Moulding, the boss of the online beauty, nutrition and technology services group THG, is to surrender his golden share in the company in an attempt to restore the City’s confidence after a torrid fortnight.

Sky News has learnt that the owner of The Hut Group, which floated just over a year ago, will announce next week that it plans to move its listing to the premium segment of the London Stock Exchange in 2022.

To pave the way for that, THG executive chairman and chief executive Mr Moulding will give up his ‘founder’s share’ – which would prevent a hostile takeover of the company – during the course of next year.

City sources said this weekend that the move would be announced next week, and possibly as early as Monday morning.

It will represent a bid by Mr Moulding, who is THG’s biggest shareholder with a 22% stake, to establish a more conventional corporate governance structure after a calamitous week in which the company lost billions of pounds of value.

The abolition of its dual-class share structure and the prospective shift to a premium LSE listing will be welcomed by institutional investors who saw the value of their holdings tumble this week.

Some fund managers had objected to the extent of Mr Moulding’s control ahead of its float last year, although THG said at the time that the ‘special share’ would be retired after a maximum of 36 months.

A City ally of the THG supremo said the decision reflected “a willingness to listen to the views of outside shareholders” about the existence of the ‘special share’ structure.

“Matt wants to do the right thing by the investors which came in at the time of the IPO,” the source said.

One investor said on Saturday that Mr Moulding and boardroom colleagues were now also considering recruiting an independent chairman as part of the process of stepping up to the LSE’s premium segment.

The investor added that the corporate governance changes would be viewed as a positive step, but that it was now essential if the company was to restore confidence among its wider shareholder base.

Sky News has also learnt that THG has been in talks in recent days about appointing Andreas Hansson, a senior SoftBank executive, as a non-executive director.

Dr Hansson, a former executive at the SoftBank-owned chip designer ARM Holdings, is chairman of Kahoot, an education technology platform also backed by the Japanese group.

The appointment, which has yet to be finalised, would cement a relationship between THG and the Japanese technology investment behemoth that was unveiled in May.

Under their deal, SoftBank invested $730m in THG’s ordinary shares and took an option – exercisable over a maximum of two years – to buy a 19.9% stake in THG Ingenuity, the division which builds and operates e-commerce sites for third-party clients such as Homebase and Revolution Beauty, for $1.6bn.

That option remains in place, and people close to the situation insisted this weekend that they were confident that it would be exercised.

Appointing a board member to a public company in which it holds a stake would be a rare move for SoftBank, while the agreement of THG to award a board seat to a 6% shareholder underlined the fact that their relationship was “a genuine partnership”, an insider said.

At a capital markets day this week, Mr Moulding talked up the potential of Ingenuity, but immediately saw THG’s shares slump by more than 30% amid scepticism about the lack of granular financial detail provided about the unit.

The scale of the share price fall stunned the company and its longest-standing external shareholders, which include Chrysalis Investments, the highly regarded team which has backed Klarna and Wise, the fintech giants.

THG’s other investors ahead of the IPO included BlackRock, the world’s biggest asset manager, and KKR, the New York-listed private equity investor.

The company, which is based in Manchester, has long been lauded as one of the UK’s biggest tech success stories, although there will now be intense pressure on its management to demonstrate that Ingenuity can become an engine of future earnings growth.

Since taking THG public, its executive chairman has cemented his status as one of Britain’s wealthiest people, landing a share windfall worth more than £800m late last year after hitting a number of financial targets set out in its flotation prospectus.

He already held a stake in the company worth about £1bn.

Earlier this year, Mr Moulding pledged a £100m stake in the company to a new charitable foundation, establishing him as one of Britain’s biggest individual philanthropists.

Nevertheless, THG’s promising debut on the public markets has been followed by a torrid period, with the shares more than halving during the last year.

As well as the proposed Ingenuity spin-off, it recently reiterated a plan to pursue a separate listing for its beauty division.

The company owns beauty sites such as Lookfantastic and Glossybox, and in August said it would pay about £275m to take control of Cult Beauty, a leading independent platform.

THG is also home to an online nutrition business, including MyProtein, which it says is the world’s largest sports nutrition brand.

Mr Moulding founded The Hut Group alongside John Gallemore – now its finance chief – in 2004, and it has since grown into a digital giant employing more than 10,000 people.

Ironically, his decision to surrender his golden share comes just months after a Treasury-sponsored review led by Lord Hill, the former EU commissioner, recommended that founders of fast-growing companies should be able to retain greater control after listing them through dual-class stock.

Deliveroo and Wise are the other main examples of tech companies which have floated using dual-class share structures this year.

THG declined to comment on the looming governance changes.

Headline: Hut Group founder Moulding to give up golden share in bid to restore City confidence

Standfirst: The e-commerce group behind Cult Beauty and MyProtein is to apply for a premium London listing after a calamitous week that saw it shed billions of pounds of value, Sky News learns.