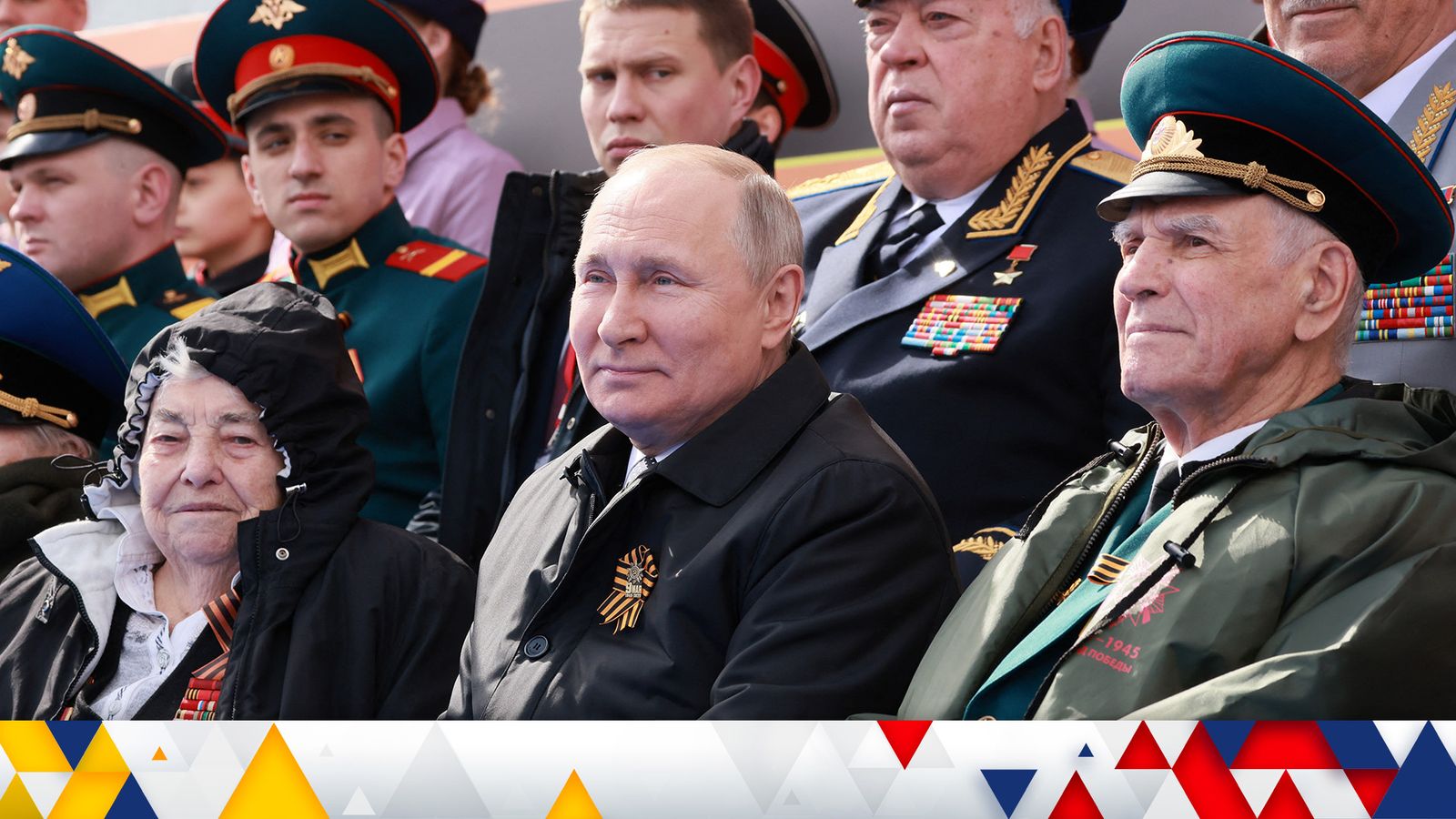 Vladimir Putin says Russia’s military intervention in Ukraine was a pre-emptive move to ward off aggression, accusing the West of “preparing for the invasion of our land, including Crimea”.

The Russian president was leading anniversary celebrations in Moscow of the Soviet Union’s victory over Nazi Germany in 1945.

Victory Day in Russia – an annual commemoration – is the country’s most important holiday and a source of national pride, marked by a huge parade of soldiers and military hardware through Red Square.

But the backdrop of this year’s spectacle of tanks, planes, rockets and missiles is different.

Russian soldiers are fighting in Ukraine – one of the deadliest conflicts in Europe since the Second World War, which Mr Putin has described as a “special military operation”.

Intense attacks from Russian forces continue across the war-ravaged country, with ordinary Russians being told they are once again fighting against “Nazism”.

Then President Putin took centre stage and told his armed forces they were fighting for their country now.

“You are fighting for our people in Donbas, for the security of our motherland, its future,” he said.

However he did not take the opportunity to officially declare war or further mobilise the Russian military.

“The death of every soldier and officer is painful for us,” he said. “The state will do everything to take care of these families.”

He finished his speech with a rallying cry to the assembled soldiers: “For Russia, For Victory, Hurrah!”

Why Putin’s speech was ‘encouraging’

The Russian leader’s performance could be a sign there will be an end to this war, Sir Tony Brenton, former UK ambassador to Russia, said.

Speaking to Sky News, the top British diplomat said Mr Putin had recently shown “disturbing signs” of “losing it”. But he said his speech today was “coherent” and a “very professional performance”.

While Sir Tony said he did not agree with the message – which sought to justify Russia’s invasion and hit out at NATO – he said it had “pushed all the right patriotic buttons”.

“It is rather encouraging that it leaves me with the feeling that we are dealing with a rational individual there with whom hopefully in time it will be possible to do a sensible deal to bring this whole mess to an end,” he said.