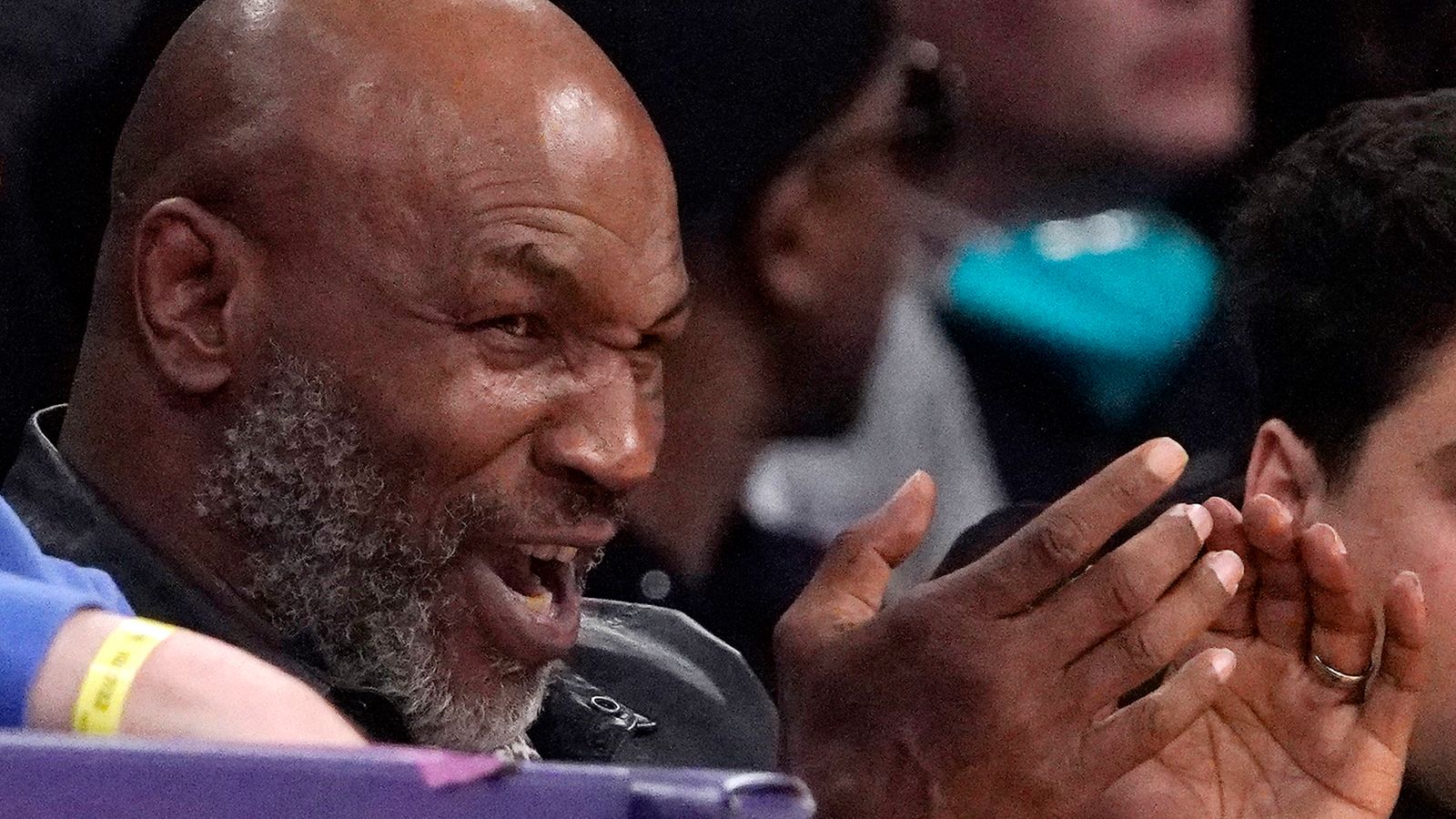 Mike Tyson will not face criminal charges after he allegedly punched a passenger on a plane in San Francisco.

Mobile phone footage showed the former world heavyweight boxing champion, 55, appearing to hit a man in a seat behind him.

Representatives for the star said: “Unfortunately, Mr Tyson had an incident on a flight with an aggressive passenger who began harassing him and threw a water bottle at him while he was in his seat.”

A source close to Tyson said the man was “extremely intoxicated” and “wouldn’t stop provoking” him.

The passenger’s lawyer reportedly argued that no bottle had been thrown and blamed the incident on his client being “overly excited”, TMZ reported.

The incident happened after Tyson boarded a JetBlue flight at San Francisco International Airport on 20 April heading to Florida. He apparently left the aircraft shortly after the confrontation.

The other passenger had cuts to his forehead, photographs showed, and apparently went to the police after receiving medical attention.

A witness said he and his friend were boarding at the same time and Tyson was happy to take a selfie with them.

But it appears he quickly lost his cool when the man in the seat behind tried to talk to him.

In a statement to Sky News on Tuesday, the San Mateo County district attorney Stephen Wagstaffe said his office has “concluded its review of the case involving Mike Tyson… and the allegation that he committed a misdemeanour battery against another passenger on an airplane while waiting at the terminal prior to departure”.

He continued: “We have reviewed the police reports of the San Francisco Police Department and the San Mateo County Sheriff’s Office and have viewed the various videos collected by law enforcement from others on the airplane.

“Our decision is that we will not file any charges against Mr Tyson based on the circumstances surrounding the confrontation.

“These include the conduct of the victim leading up to the incident, the interaction between Mr Tyson and the victim, as well as the requests of both the victim and Mr Tyson that no charges be filed in this case. We now deem this case closed.”

Tyson, nicknamed Iron Mike, won his first 19 professional fights by knockout, 12 of them in the first round.

He claimed his first belt when he was 20-years-old.

Mark Zuckerberg showed these prototype headsets to build support for his $10 billion metaverse bet
Tearing up NI trade deal is ‘illegal and unrealistic’, EU envoy warns
NASA’s Curiosity Rover Catches Glimpses of Ancient Ponds and Deserts on Mars
Source of polio virus could be narrowed down to house or street, minister says
Five Planets Align in Rare Occurrence, Earth’s Moon to Join the Formation This Week