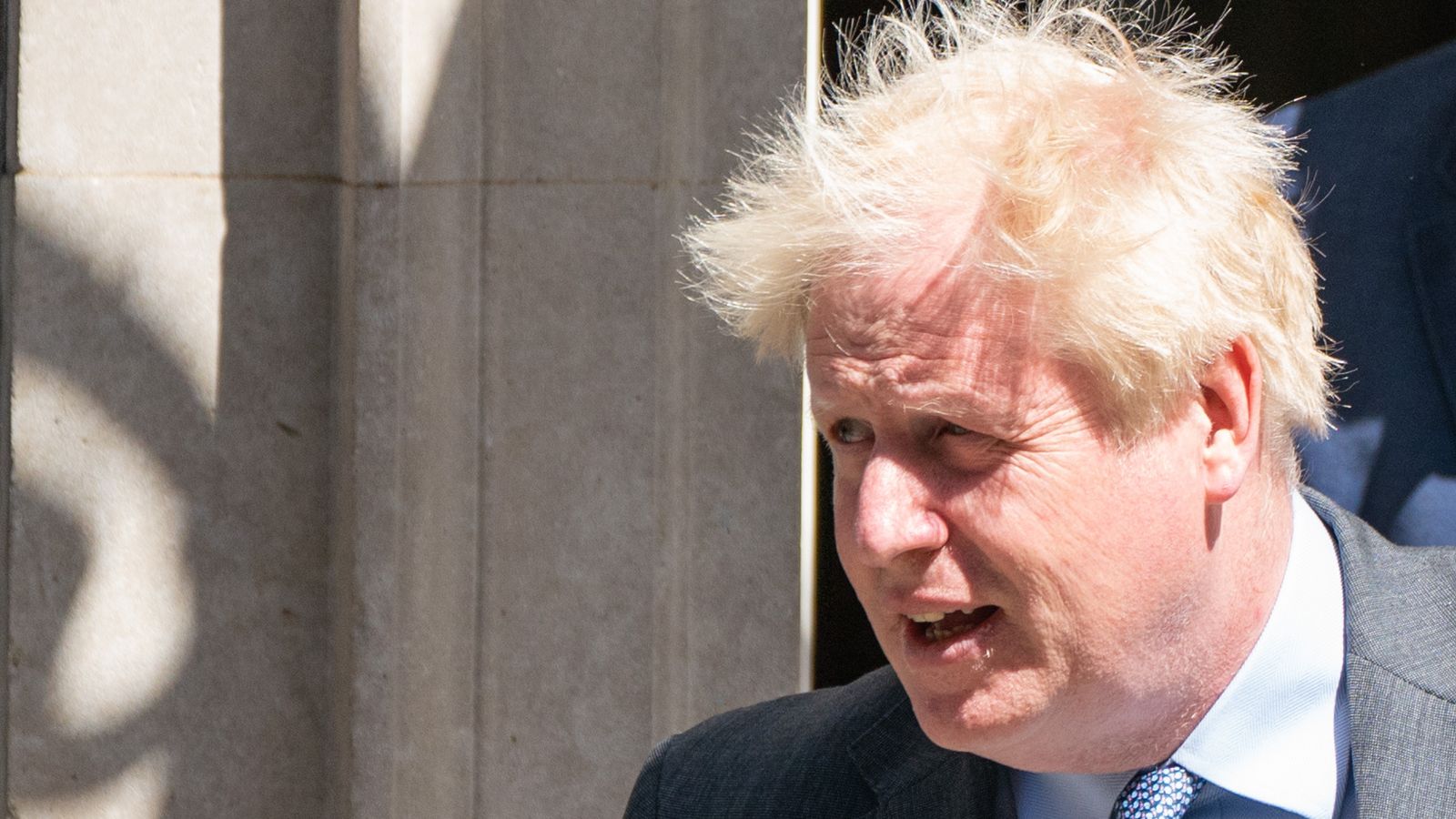 Boris Johnson has pulled out of a major red wall conference with northern Tory MPs, councillors and business leaders in Doncaster.

The prime minister’s spokesperson announced he will not be attending the summit on Friday afternoon, just hours before he was expected to appear.

Sky News understands the reason for him not travelling to the north could be revealed in the next couple of hours, fuelling speculation over his absence.

The inaugural Northern Research Group Conference had been titled Levelling Up The North.

Chancellor Rishi Sunak is understood to have attended a private dinner with conference-goers on Thursday evening.