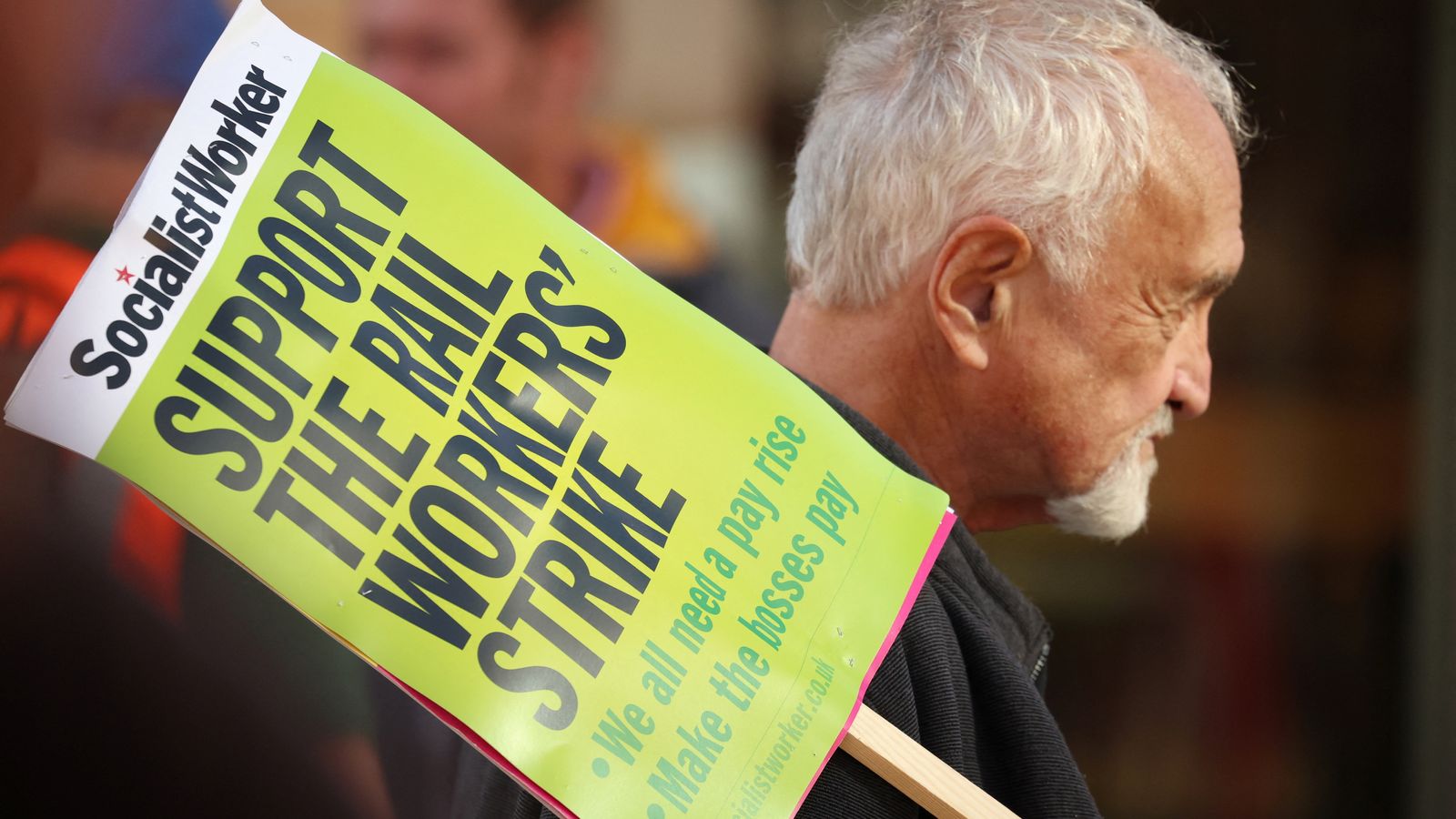 Imagine, if you can, you are in the chancellor’s shoes.

Your instincts are to cut taxes and reduce public spending yet pretty much every decision you’ve taken in office has involved doing precisely the opposite.

Worse: in recent months, even when you have forked out serious sums to support workers, much of that money seems to have gone unnoticed.

This year alone you have unveiled two genuinely generous packages which will cushion much of the blow from higher energy bills and the rising cost of living, yet the prime minister and many of your cabinet colleagues seem to think you need to do more.

And things are about to get even stickier, for even after the rail strikes this week, the summer’s trickiest decision is looming: how to navigate the demands from millions of public sector workers for significant pay rises.

They have a point – have seen their pay fall in real terms by 4.3% since 2010 (compared with a 4.3% rise for their private sector counterparts).

Moreover, while it could be argued for most of the past few decades that public sector workers have considerably higher levels of pay (levels – not just annual changes in pay), these days that’s not so clear.

Now, there are some important caveats – notably the fact that public sector workers tend to get much more generous pensions than their private sector counterparts, something the Office for National Statistics reckons is equivalent to a 7% premium on their pay. Even so, it’s clear that many state workers have a strong case for pay rises.

And given inflation is so high right now, anything below the predicted CPI level of around 9% this year will mean an effective real terms pay cut, raising the question: how much would it cost to give public sector workers a pay rise in line with that CPI rise?

To find out, we need to take a look at the public finances. In 2021/22 the government spent a grand total of just over a trillion pounds, of which around £230bn was spent on public sector pay. Now, as things stand the Spending Review envisaged pay going up more or less in line with inflation – but at the time that was forecast to be around 2-3%. That would cost around £7bn. So let’s imagine that’s our starting point.

Now let’s calculate what it would cost to increase that £230bn in line with 9% inflation: a back-of-envelope calculation says around £21bn. Subtract the £7bn the government was already assuming it would have to spend and you’re left with an additional total of £14bn. That’s how much, give or take, would be needed to keep public sector workers’ pay rising in line with inflation – a real terms pay freeze.

That turns out to be an awful lot of money. For £14bn you could cut all rates of income tax by 2% – precisely the kind of enormous and eye-catching tax cut the chancellor has been dreaming of for all this time.

That £14bn sum is about the same as the amount the government was trying to raise via the controversial Health and Social Care Levy. You get the idea: this is big stuff.

So the chancellor faces a tough set of decisions. And this is before one considers the wider economic questions. Might raising public sector pay make a wage-inflation spiral even more likely? Might it push the UK towards stagflation?

On the flip side, doing nothing will mean more people facing more financial difficulty and pressure in the face of generational leaps in the cost of living.

Elon Musk clarifies Tesla will lay off 3.5% of total workforce as ex-employees sue company
Tesla cars are banned from Chinese town over spying fear
Haberman reports on Ivanka Trump’s differing election statements
Rail strikes will cause traffic to surge, AA warns – as list of the most-affected roads is released
Hear ex-CIA director’s prediction about who will win in Ukraine